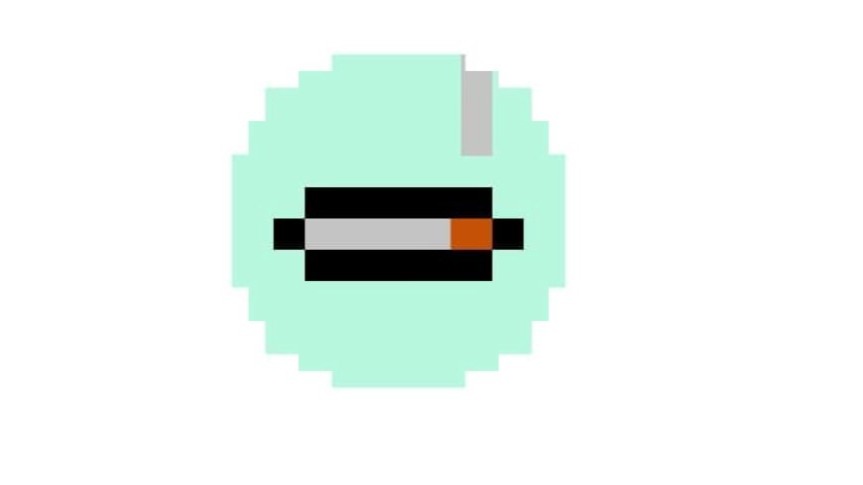 For those who are following my ongoing stream of entries relatively regularly, it should be clear by now that I’m interested in non-fungible tokens (NFTs) and decentralized finance (DeFi).

One thing that I’ve been talking about quite a bit on my Twitter is JPEG - a token that’s recently catching fire and is up 130% in the past 14 days alone (while I’m writing these lines).

By the way, if you haven’t done so, I would really appreciate if you drop a follow on Twitter. It would make me feel less like I’m talking to myself!

As a full disclosure - I do own some JPEG. None of this should be construed as financial advice - the content is meant to entertain and educate you. Always do your own research and never risk more than what you can afford to lose.

The token is up like 140% in the past two weeks alone and my conviction is that it’s only getting started.

Those of you who didn’t watch that UpOnly episode where Tetranode was talking about the different projects he was involved in probably missed JPEGd, but it’s one of them.

In essence, what the team brought forward with the JPEGd platform is a relatively new primitive in DeFi - non-fungible debt positions (NFDPs). To a Layman, this would mean that users would be able to access funds by collateralizing their NFTs - you get a loan and you put your NFT as collateral.

Once the platform launches on mainnet, it would allow people to open NFDPs using their CryptoPunks as collaterals, although other NFT collections such as BAYC (and others) will be supported later on as well.

So punk holders will be able to deposit their punks into a smart contract and in return mint a stablecoin - PUSd. This would turn their otherwise relatively illiquid assets into liquid ones that can be used to farm yield, or what have you.

To my knowledge, this is the first entirely decentralized protocol to offer a product of this kind. This bridges DeFi and NFTs - undeniably the two leading primitives in crypto.

The protocol is already live on the Kovan Network and is due for mainnet launch very soon (in 15 minutes. This is an inside joke.)

What is the JPEG Token?

JPEG is intended to be a valueless governance token that has no economic value. The only reason for its existence is to be a utility token that governs the JPEGd protocol.

Holders of JPEG can create or potentially vote on governance proposals that are designed to shape and oversee the protocol. These may include changing debt limits on vaults, changing interest fees on insurance, or any other type of fees, approving credit limits for certain NFTs and so forth.

The token generation event took place in the form of a donation where everyone got JPEG relative to the amount they donated at the same price. 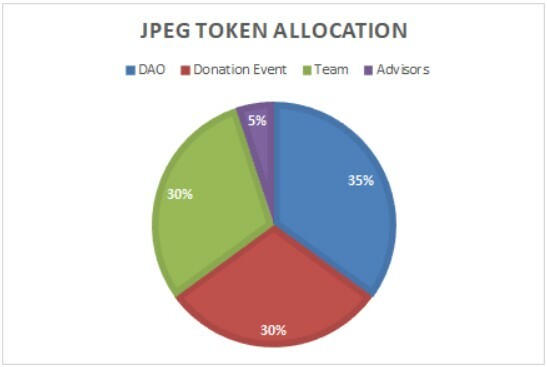 The tokens for the team and for the advisors are vested for 2 years linearly and there’s a 6-month cliff meaning that there won’t be any unlocks for the next 5 months (from the time of this post - roughly).

The team has raised $2 million for 5% almost entirely for angel investors.

So the main idea is to allow NFT holders (starting with punks) to deposit their NFTs as collateral and to be able to mint PUSd. Initially, the DAO will be seeding the liquidity for PUSd to peg its value to $1. Incentives will also be offered to provide liquidity.

An older official blog post revealed that the interest for these loans at launch will be 2% and an additional 0.5% withdrawal fee. These rates will be dynamically adjusted to ensure that they are always competitive within the market.

All debt positions will allow 32% of the collateral value to be drawn and liquidation will occur if the debt/equity ratio is 33% or higher.

Additionally, Chainlink is building a custom price oracle that will be feeding the smart contract vault the floor price of any given collateralized collect in ETH.

Now, here’s something that’s particularly interesting and signals big hopes for the project, at least in my view: if a user gets liquidated, they don’t automatically lose their NFT. The protocol will allow them to repurchase the NFT back from the DAO after repaying the debt, accrued interest, and a 25% liquidation penalty.

Those of you who’ve been following the DeFi space and NFTs surely know each of the following members:

There are others. The team has already struck meaningful partnerships with other DeFi projects like Dopex, Olympus DAO, TokeMak, and so forth.

The Bull Case for JPEG

It’s pretty clear that DeFi is one of the strongest primitives in crypto - it has been for about two years now. Hundreds of billions are locked within various protocols and it feels as if we’re just getting started.

The same is true for NFTs. Non-fungible tokens have been at the forefront of crypto adoption for many months and it seems that the trend is nowhere near slowing down. Yet, for the most part, the majority of NFTs remain collectibles and fail to provide any utility elsewhere. It’s also undeniably true that they are far from being as liquid as fungible assets.

JPEGd is positioning itself as a bridge between both - a new primitive in DeFi that turns NFTs from illiquid JPEGs into yield-generating products, essentially ramping up the demand for both.