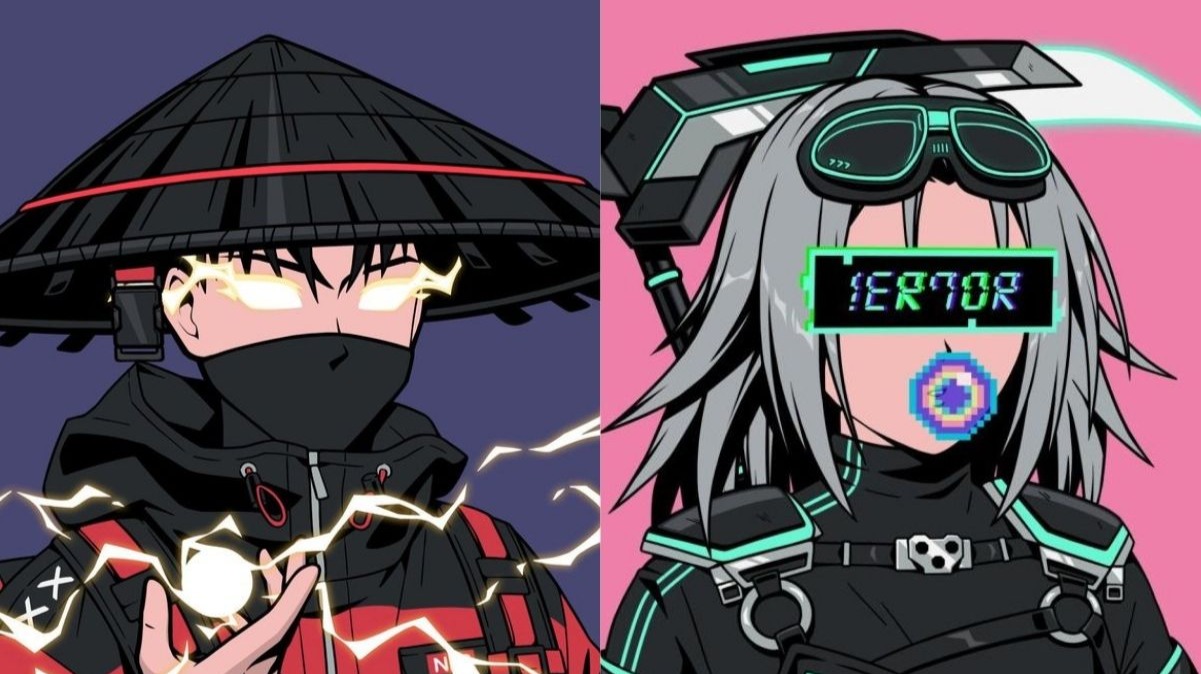 The Most Anticipated NFT Drop of Q1: Ragnarök (What You Need to Know)

An actual, working demo of the game (not just empty promises or "planned for Q3" bs), lore that excites, art that makes you want to grab your imaginary katana made of lightning and thunder and slash invisible forces of evil (or good, if you're that type), a laid-back team that's shipping constantly, an active community that seems interested in more than just a quick flip and an overall approach to incentivize just this - if this sounds like something you might be into, keep reading.

The following is an overview of Ragnarök - what seems to me like the most highly-anticipated NFT drop and launch of this quarter, although it looks like it might happen next month.

There's so much to talk about that I don't know if it's appropriate to squeeze it in one entry, but let's see how it goes. It's almost guaranteed that this will turn into a series because I will have a separate piece on the actual game itself.

2. The MMORPG Meta and Why Ragnarök Got it Right

Meanwhile, if you like what you're reading, I'm also posting random stuff on Twitter here and there and trying to keep things interesting, so you can give me a follow if you want to support me in my journey through the abundant jungle that is the NFT space.

Now let's get this show on the road.

Ragnarök brings forward more than just a game, albeit many seem to believe that's the value proposition. Although the game itself is at the core of the entire ecosystem, there's much more brewing behind the curtain if one cares to read.

And yet, the game itself is at the forefront. To this point, I would like to stress that I've tried quite a few different metaverse P2Es and ... well, they suck. Graphics and mechanics aside, the gameplay is usually a blatant derivative with nothing new under the hood.

Ragnarök is developing a browser-based Web3 Multiplayer Role Playing Game. Unlike 99% of the other NFT-based cashgrabs that usually have their game scheduled for launch "in next quarter" (which never comes), Ragnarök is actually shipping and the demo is live and kicking and you can already get a taste for the game here.

Beyond that, the game follows an epic lore which is unfolding through 77 Manga chapters that will be released over the course of three years and we already had Chapter 0 - the Trailer of their Manga - released.

Now, if I haven't made myself clear enough yet, let me emphasize it - I love Manga. I must admit my expectations weren't that high because there's some amazing work out there, but Ragnarök bodes well, it reads nicely and it's action-packed, falling in line with whatever bits of lore we had already seen through the past couple of months.

All in all, the project feels well-connected and what I mean by that is that the team is taking carefully planned steps to ship in a way that makes sense, rather than just pumping out as much stuff as possible to create an illusion of productivity - something that I see a lot in other projects.

Now, players of the game will be able to use their actual Ronin NFTs as their own in-game characters. Anyone who has ever played an MMO knows how big this is. For those of you who haven't - flex culture is massive in MMORPGs. Everyone battles to be the biggest, the baddest motherlicker of them all.

Being able to use your own NFT as your in-game character as well as to be able to further develop and build on by leveling up, getting items, advance classes, loot, craft, and whatnot - all of this makes it a separate metaverse-based game capable of hooking and retaining attention in a way that a few other approaches can.

Whatever you see on your Ronin NFT - that's going to exist in the game. The swords, the bats, all of it.

Owning a Ronin will be the only way to play the game at the start and the Genesis Ronins (Ronin Zero) will be the genetic ancestor of all future Ronin who appear in the game - there will be a total of 7777 of them. That's the upcoming mint that I'm so stoked about.

The team has also hinted that there will be breeding, which is also a great incentive to forego quick flips and actually look for longer-term value. And, on top of all that, they look fking amazing:

As I mentioned above, the team is taking measured (at least that's how they seem to me) steps to release content when it's appropriate as opposed to when it's necessary. I don't feel the developments being rushed, instead, I feel them being well-timed.

Why do I think it's the hottest NFT drop of Q1?

There are a few things that I look for when researching an NFT project.

According to the official Discord post, the team consists of about 31 people spread around the world which is entirely expected in the current professional environment.

A good and solid team is needed to ship on time and not to fall too much behind what you've promised to your audience. Comparing the initial roadmap with what's currently being delivered tells me that it's almost all there and this is critical.

Moreover, the team engages with the community in a way that's designed to reward actual participation. They reward people who are excited about different parts of the ecosystem - be it the game, the lore, the manga, the art, or what have you. I like this.

I just love it. There are some super sleek reveals that get me going. Beyond that, it bodes well with the lore - again, this shows that there's continuation and thought behind the overall production. It might sound simple, but it's not. Just take a look at how many half-thought projects are out there that have absolutely no connectivity between different shipments.

What most do is just throw stuff out in a bid to create as much artificial value now, at the moment. Instead, what I see in the Ragnarök ecosystem is a systematic approach. Sure, there's a token, but that token serves a purpose. Sure, the art is great, but it's also fitting. Sure, there's awesome lore, but that lore connects to the gameplay, and so forth.

If you're looking for Unreal renders and graphics, blockchain-based games are not where you should spend your time, right now. If you're looking to own your in-game experience as a whole, you've come to the right place.

Ragnarök is a browser-based game and, as such, there are some limitations - the team has spoken about this at length - which is also something cool - not blowing stuff out of proportion and generating false productions that many unaware and novice people would fall for.

If you're looking for a game where you will be the owner of your progress, and of course, be able to flex your epic Ronins in front of others - you should check it out. The game is fluid, the mechanics, albeit simple, vibe well and it doesn't create a sense of clunkiness and fragmentation.

All in all, I might sound a bit overexcited but I really do like what I'm seeing from Ragnarök so far. Of course, I'm not saying it's all rainbows and sunshine - I do want to see what the actual game feels and looks like because we only have a demo now. But I'm confident that we will, which is also a big deal.

The art itself looks good enough for me to be hyped about the drop and everything else is added value - if I am to use these NFTs as a PFP only, I'll still be happy - and you bet I will if I get to mint one!

If you want to find out more about Ragnarök, here are some of the official links:

Please understand that none of the above is to be construed as financial advice. This content is meant for educational and entertainment purposes only. Always do your own research and make sure to never invest more than what you can afford to lose.