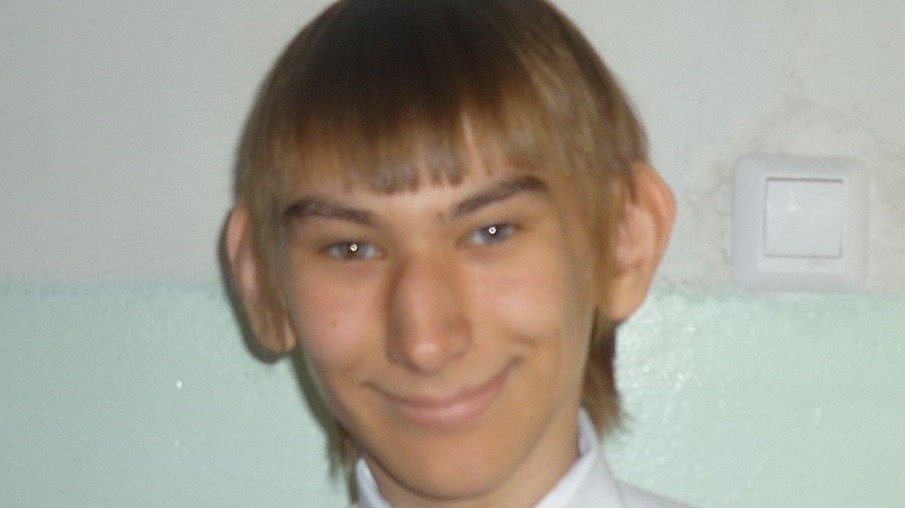 By Redundant Design | Ethereum In Depth | 1 week ago

This is financial situation seem to be a buildup to a Corporate Coup d'état against share holders and holders of fiat currency. Corporations Have been buying back their shares with loans they clearly never intended to pay back. All the gains in the stock market since the Trump Administration represent Corporate Buybacks and Corporations buying Each other. Represented by the red line. Its is also to be noted that recent bailout money has been to aid corporations in paying back these fraudulent loans as well as to buy back more of their own shares.

Step 1 Corporations spend significant time and effort buying back their shares even at the expense of loans they cannot repay.

step 2 in this Coup d'état is Blockchain Technology. Corporations Tokenize products and services and directly trade them with each other using a decentralized exchange medium called Ethereum as a intermediary. Ethereum is the sum of all value of tokenized assets. It should be noted that Entire countries have tokenized their oil reserve. Many things have been tokenized to date. Oil being a major upcoming one.  Tokenization of oil in particular is in direct opposition to the petrodollar. Indeed the value of the dollar is significantly maintained through OPEC cartels.

step 3 is Arbitrage. Since Corporations using Blockchain technology require Ethereum Arbitrage will push a significant sum of Dollars into ERC-20 standard. The value of the dollar will plummet because because this system has bias to only value actual goods and services. Dollars locked in ERC-20 standard will likely stay in place over time for most part. It should be noted that Billions of dollars are already in ERC-20 standard.

Step 4 is to repay any loans left over in dollars as they have now been significantly devalued against Blockchain economics.

As for how this all links into the Cornona Virus outbreak. Bill Gates has been talking about Corona viruses and ID2020 since 2015. His recent AMA suggests heavily that he will roll out ID2020 along with Moderna mRNA-1273 vaccine with Inovio’s Delivery system Both have received recent funding from Bill Gates. The use of the ID2020 Blockchain bio metrics implant to track people who have been vaccinated so they can resume travel seems probable as well. While I hold no professional opinion on the efficacy of any vaccine that is created in response to this pandemic it should be noted by most sane people that a corporation releasing a vaccine paired with its own Blockchain identification has a bias. Forced vaccinations would Provide the ID2020 project and its alliance members of the Decentralized identity foundation a large pool of users. The Decentralized identity foundation and Microsoft also happen to be members of the Ethereum Enterprise Alliance. Ethereum would appear to be the financial instrument linking all these corporations Blockchain technology together. 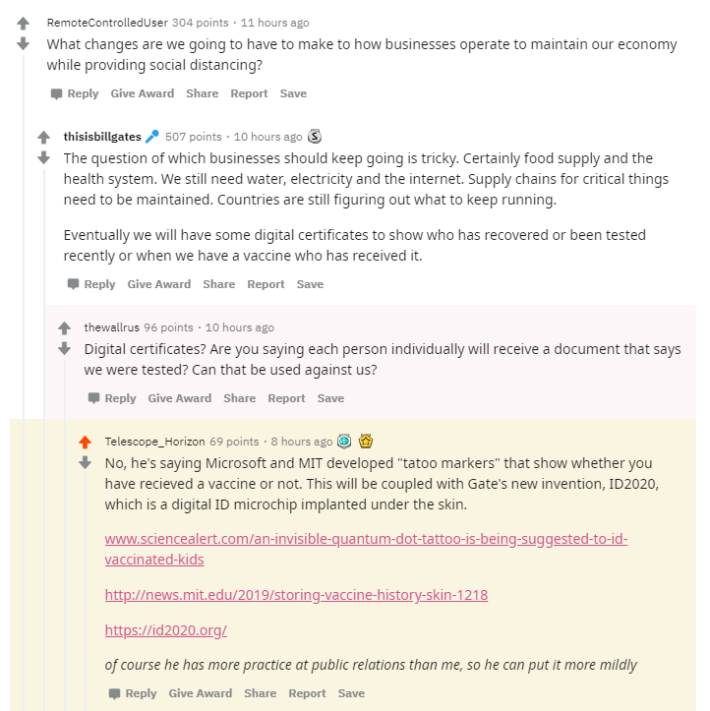 Of other related note:   Coinbase's CLO was just appointed to the FED OCC perhaps to oversee upcoming Banking adoption of ERC-20 also perhaps FEDCOIN. Brian Brooks was advocating for a tokenized dollar long before he joined the FED. We may very well see his plans come into action soon.

It is recommended anyone holding dollars or financial instruments reinvest in Ethereum or Physical objects of value. In the events unfolding anyone holding stocks, bonds, Fiat currency, etc are likely to to have their purchasing power significantly undermined. Only those holding a majority share in a corporation or those holding a physical asset will have standing in this new economic platform. To end on a positive note this new system would appear to be a great leap forward. Any system that values actual wealth creation through products and services over speculative subterfuge prevalent in the traditional financial system will lead to more wealth equality while still allowing those who create and develop new ideas and technology to  profit from them.

Honestly banks and the stock market extract a significant sum of value from the financial system and add very little back. I find it hard to empathize with what is going to happen to them in the near future. We may very well be due for a purge. While I am somewhat afraid of of the chaos that will come from this transition. The more I study this technocratic system the more I understand it as an improvement to the current systems in place. I would be tempted to call anyone who argues against it a Luddite but you are of course free to come to your own conclusion. I would advise against focusing on bio metric implants and forced vaccination as these only appear to be a small but visible part of this upcoming implementation.   some links to provide scope to this upcoming adoption.

All are linked to Enterprise Ethereum Alliance:

https://entethalliance.org/members/    ( Commercial alliance for use of Ethereum )

https://identity.foundation/    ( Collective of corporations who intend to provide you with identification the blockchain )

https://id2020.org/     ( most probable candidate for mass USA blockchain Identity via vaccine roll out )

the network of block chain adoption is far more vast then this small list can encompass. Corporations such as Amazon currently host ~27% of the Ethereum network and provide targeted platform solutions for hyperledger and Ethereum but are not listed as part of the Enterprise Ethereum Alliance.

Drop me Some Ethereum if i saved your bacon. 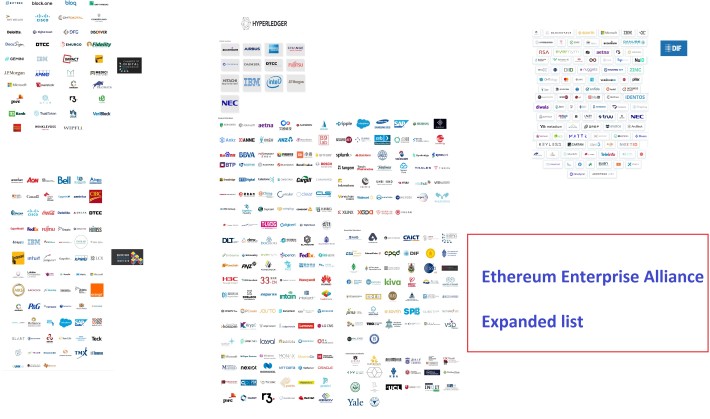 Basic fortune 500 employee I help contribute to Ethereum based projects on git hub in my spare time. I also study how corporations are adopting Ethereum. I only study Ethereum currently because it is the only project with mass Fortune 500 backing. Nothing else is currently worth my time. 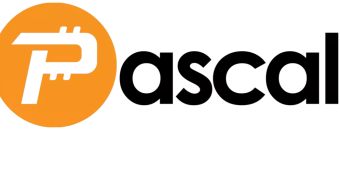 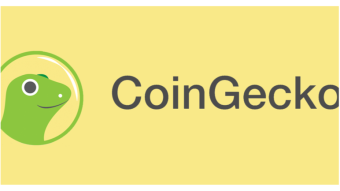 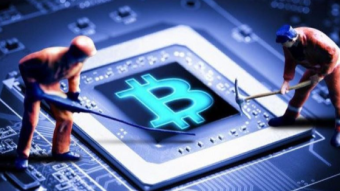