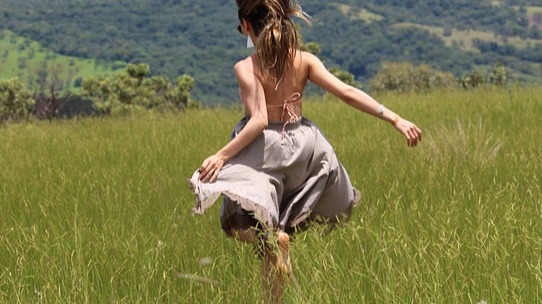 I don't know what it is with Brazilian girls but they have it big. I have dated a couple of them and they are very sweet and their cute english accent makes it so much sexier.

I will tell you my story of my first ever Brazilian girl, Juliana.

Well Juliana wasn't the hottest of em all but with my looks I was lucky to even talk to her ( and then kiss her and much more). Juliana was pretty tall at 5,9. I am 6,1 so it was fine. She was hard at first, very low talking but a lot of action. Whenever we dated she was very much into kissing my neck, caressing my forearms and playing with my hair. It wasn't that she was not talking to me, she was very shy about her english skills.

I usually see her in her natural self when she was talking with her friends in portugese which is her native language. Oh, the way she used to act all cute and jumping around so much, got me so much more into her.

I wouldn't say that Juliana had the best assets on her front, but oh my, brazilian girls have a huge huge ass. And it was lovely. She once teased it to me as we were crossing the street. She wasn't worried that others were watching. Such a tease. She poked out one of her cheeks and got me smacking my lips.

Once we went to a cafe to had some coffee. It was an empty shop and I tried to steal a smooch, but she was pretty defensive at first. As soon as we got out and into my car, it started raining, raining pretty bad. We decided that driving through that wasn't the smartest thing to do (the traffic is the worst). So we parked the car to the side and just kept talking. Mid way through our converstaion, Juliana takes my hand and starts kissing it. I then knew she was into me. I kept going closer and closer to her beautiful cute face.

It was a nice setting, the heavy rain made an awesome privacy curtain with the raindrops dripping down on the car windows, hiding us and our sweet foreplay from the outside world. I slowly kissed her soft long neck. I also got behind her neck when she bent down a bit, that seemed to be her sweet spot as she started moaning as my lips made contact. It was a hot feeling.

As I kissed her neck more and more, Juliana turned her head swiftly towards me and our lips smooched. Then we felt sky high as we french kissed pretty much the rest of the time we were there.

The second date and I asked Juliana if she wanted to come to my home and watch a movie. "I'll pop you some popcorns too Juliana" I said. She seemed to think too long and responded with an OK. I was delighted.

Long story short we had great long sex that night. She was sweet enough to spend that night with me. We cuddled and kissed until 3 am and then naturally dozed off into sleep. In the morning Juliana was nowhere in sight. I looked around and there she was, the beauty standing butt naked in the kitchen, making me some hot coffee. I gave her a t-shirt and my trousers as I was expecting some friends that day.