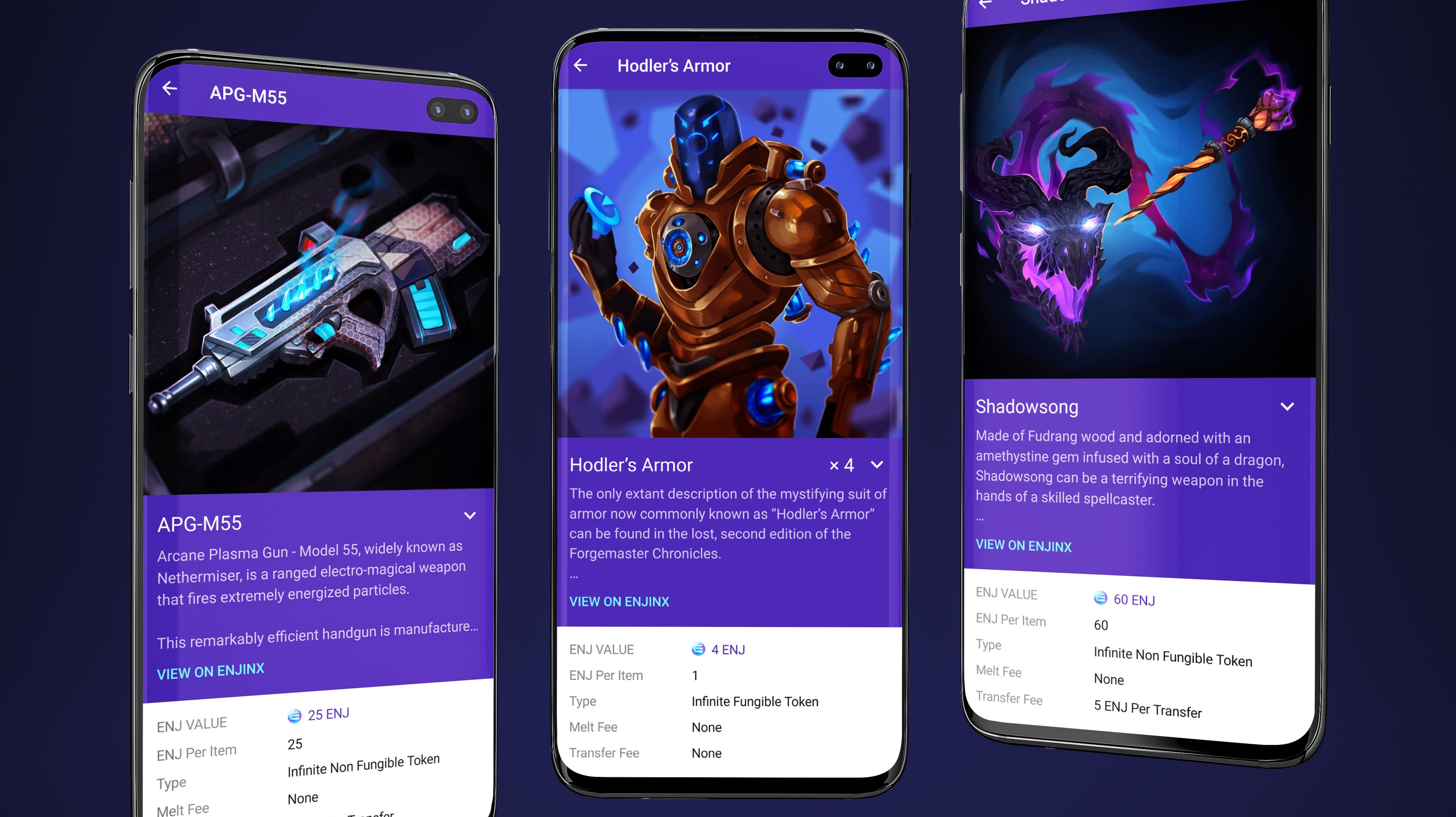 Enjin revolutionizes the future of gaming, bringing blockchain to the gaming community!

So what is Enjin?

Enjin does it all!

Ready Player One to become a reality!

In the movie Ready Player One, a 2018 American science fiction adventure film directed by Steven Spielberg, from a screenplay by Zak Penn and Ernest Cline based on Cline's 2011 novel of the same name, movie stars Tye Sheridan, Olivia Cooke, Ben Mendelsohn, T.J. Miller, Simon Pegg, and Mark Rylance, portrait a futuristic world set in the year 2045. People can escape their harsh reality in the OASIS, an immersive virtual world where you can go anywhere, do anything, be anyone-the only limits are your own imagination. OASIS creator James Halliday left his immense fortune and control of the Oasis to the winner of a contest designed to find a worthy heir. When unlikely hero Wade Watts conquers the first challenge of the reality-bending treasure hunt, he and his friends known as the High Five-are hurled into a fantastical universe of discovery and danger to save the OASIS and their world.

Enjin, a 2009 crypto start-up is disrupting the gaming industry with its blockchain solutions. 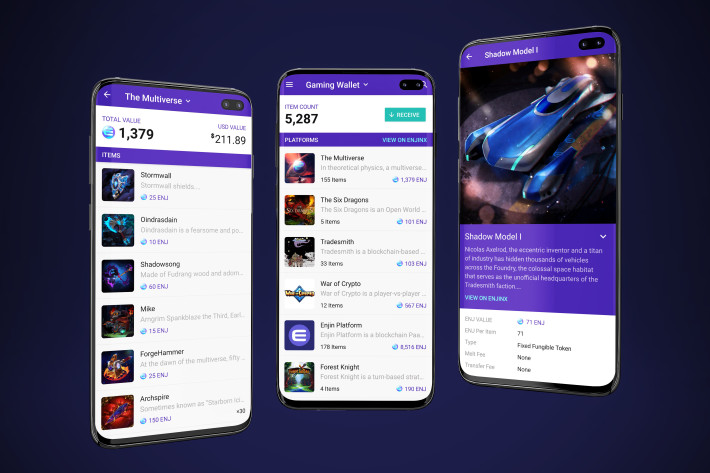 Enjin has launched blockchain asset support for EnjinX, the world’s fastest Ethereum explorer, providing a universal library of next-generation ERC-1155 blockchain assets and supporting the creation of a decentralized, interconnected gaming experience like the 2018 box office hit Ready Player One. Enjin recently announced information about their Blockchain Gaming Multiverse, which will be comparable to a real-life, decentralized Ready Player One.

Since EnjinX’s launch in December, the highly flexible blockchain explorer has quickly grown in popularity. To date, five leading token exchange platforms are collaborating with Enjin to create their own branded explorer using EnjinX’s technology, providing users with a seamless transaction verification experience. Changelly, COSS, Kyber Network, GDAC and Kriptomat themselves embraced the opportunity of working with Enjin and will take the gaming industry to a whole other level of cross-chain interoperability.

This week, Microsoft announced it can be added to this list.

In Enjin's Multiverse, an ecosystem for inter-platform operability of assets, any game, app or website that integrates one ERC-1155 asset can easily integrate with other similar Ethereum blockchain assets. The ERC-1155 token, developed by Enjin CTO Witek Radomski alongside a Github developers community, has been chosen as the next-generation Ethereum token standard.

For this reason, Mircosoft decided to back its new game Azure Heroes' blockchain's assets with ENJ tokens.

With this partnership, ENJIN prooves to have one of the most useful products and well-developed platforms in the crypto space.

So what is Enjin?

Enjin does it all!

Whether you're a fan of Unity or Unreal, Enjin integrates both!

Enjin will offer both UNITY and UNREAL SDK/plugins and will be available for more games to join the ecosystem. Games that use ENJ will back their own currency and likely some items with ENJ. For game developers, this will be the ultimate Walhalla and bigger game development companies are looking into working with ENJIN.

The gaming market is expected to witness substantial growth over the 2020-2030 decade. This may be attributed to an increasing number of users taking up gaming as an entertainment tool. Furthermore, increasing consumer awareness towards interactive entertainment systems is also expected to drive the market demand. The availability of high-speed internet connectivity, efficient hardware compatibility, sophisticated gaming techniques, and increased consumer disposable income are some of the key factors driving the market. Technological advancements across the gaming industry are expected to favorably impact market growth over the forecast period. As blockchain becomes mainstream, it will be implemented by all gaming platforms. Enjin plays a key role in this new market and has the early mover advantage with its all-in solution for gaming development platforms and companies seeking blockchain solutions for their projects.

Asia Pacific is expected to exhibit high growth over the forecast period. North America is also expected to witness considerable growth over the next few years owing to the increasing penetration of online blockchain-based gaming across the social media platform. Manufacturers as a part of their growth strategy emphasize on collaborating with several service providers in the market. In addition, the need to address monetary issues pertaining to gaming taxes as well as additional compliance costs may lead to market consolidation with a limited number of multi-product operators. You can count on Enjin to be part of the successful companies shaping this wave of innovation.

I am not your financial advisor. I do challenge you to do your own proper research before making any purchases with regard to the project described in this article.

In this blog, I will write about the progress made by Enjin, a pioneer in blockchain gaming solutions!