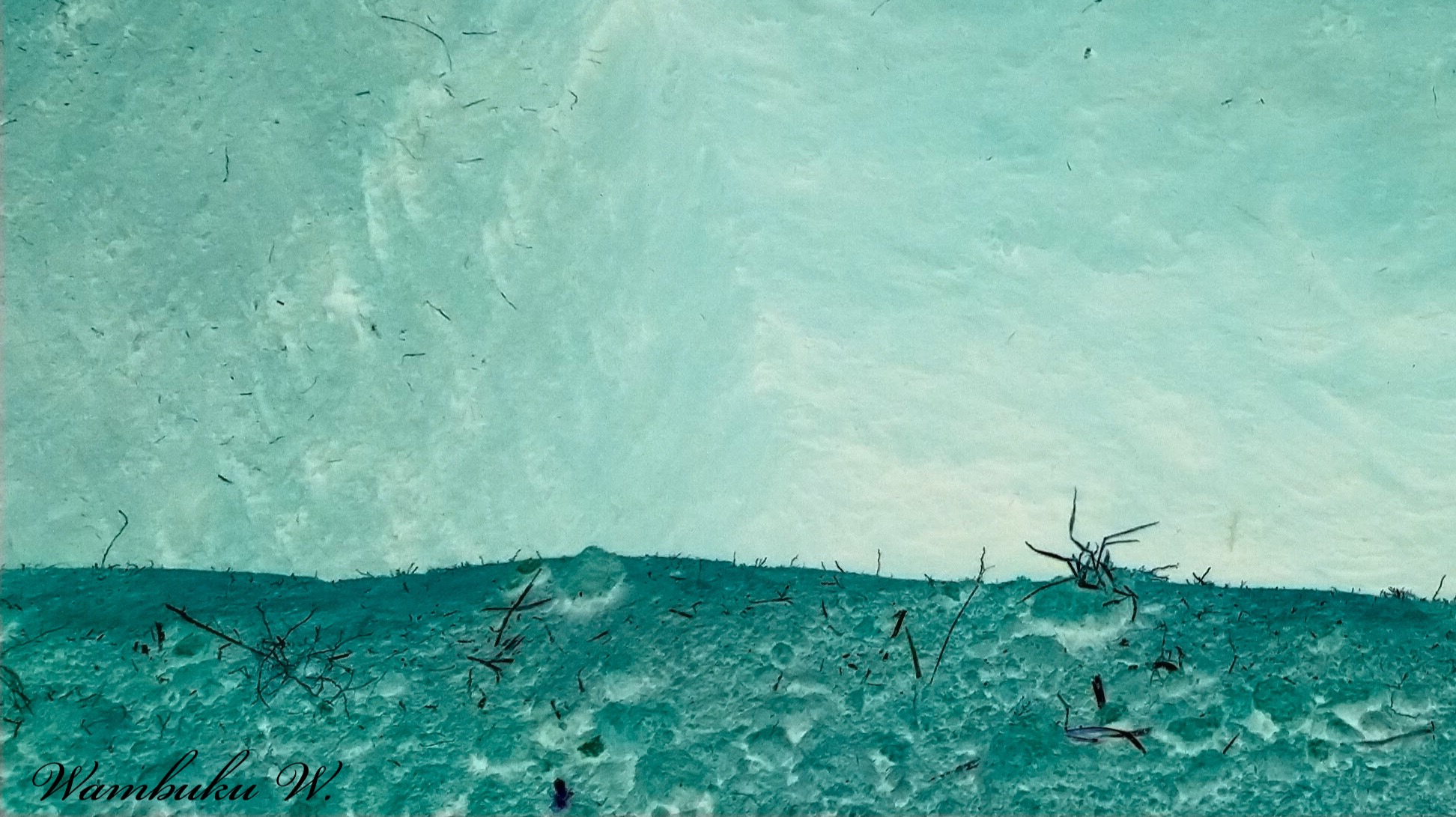 I sat closest to the opened gate. At the edge of the green tattered tent that was dutifully shielding the mourners from the unpredictable weather. It had rained the night before but at the funeral, the afternoon sun was roasting those who came in late.

An old man in white sat on the bench before me. The wrinkled back of his neck shagged to come into contact with the nape of his neck. His white hair matched his spotless suit.

He had welcomed us with a smile as he had been seated there when we arrived me and my mother. Then my mother had to go be with the bereaved women somewhere in the main house.

I had begged to be allowed to go with her. Something about death fascinated my thirteen year old mind.

But during the storm that claimed the night before, a few disturbing images emerged in my unsettled sleep and flooded my mind. So when the morning came I had doubts about going but my mum insisted she was taking me with her as I had insisted while asking.

And there I was, admiring an old man's white hair while trying to push away the dark images from yesternight that were blanketing my thoughts.

A woman with a crying child left her seat next to me and the old man gladly exchanged seats with her for her own convenience. Where he was seated, she wouldn't disturb anyone -read me- if she needed to stand.

He then said a quick hello to me and whoever the woman with the crying child was separating me from then shifted his attention back to me. He smiled. Softly. Like a loving grandfather would. Mine was a terrible drunk, I avoided him.

The rector said something that caused a ripple of laughter through the small crowd which eased the mood and all of a sudden people were talking to each other.

The old man turned to me with immense affection in his eyes like a man would his own grandchild and said...

'See to it that you live your life to the fullest. That you chase whatever you need to chase in order for you to taste fulfillment. Look for the good in others, it's less tiring than incubating grudges.'

A chilly sensation rushed through my growing bones and I sealed it with a few hurried nods. But he continued to look at me for a second with detectable concern and I added a smile to confirm that indeed I fully understood what he had said even though I didn't. Truth be told, my mind was too excited  that he spoke to me for some reason to digest any of his short speech.

In that moment, I wished my grandfather was like him. Respectful. Clean. Wise.

When I was coming back to the reality that he wasn't, a few minutes had gone by and people were now lining up to pay their last respects to the fallen giant.

Giant they said? I wanted to see him too.

I knew he wasn't a giant per se but if he had garnered the respect of all the people present while he was alive then he definitely had that of a curious shaken young girl.

I dragged my feet towards the elegant looking coffin flipping through my ideas of what dead people looked like. My mum said that they looked like they were sleeping. Peacefully. She always added.

Yet I didn't understand why my feet then weighed more than usual or why people were displaying mixed reactions after peeping in the open casket.

When I got to it, I looked back at the friend I had just made for reassurance and needed support but the old man was no longer seated in the crowd. A quick sweep through the available faces and zero results.

Then I looked inside the coffin and there he was.

Thank you for visiting  :)

A creative mind with an interest in crypto :)