Bitcoin led the rise from the beginning, and the altcoin did not keep up. After the bitcoin was transferred back to 10,000 knives, the altcoin began to fall across the board. If the benchmark bitcoin is used, most of the cottages have set a new year. The new low, bitcoin market share has continued to break through the annual high. Back to the hopeless sigh, the voice of the altcoin will be filled with zeros filled with every community. Is the altcoin really out of play? Once you stand in the perspective of time, history is only repeating itself.

Then let the time back to the 17-year-old big cow, first of all, bitcoin began to start the market, from 150 knives straight into 1200 knives, set a record high, while the same year in March, the altcoin is still crying at the bottom. The scene at the time was exactly the same as it is now, "Put Bitcoin is the king of the king", "Garbage altcoin is going to die." 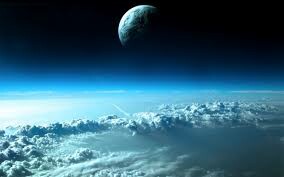 In December, Bitcoin broke through a new high of 140,000. As a result, the altcoin did not rise a hundred times and was embarrassed to come out. The rise of the altcoin is far higher than that of bitcoin. Referring to the moment, you will find that Bitcoin completely suppresses the altcoin market. This is normal. The altcoin must have erupted after the start of Bitcoin. The logic is very simple. When Bitcoin dominates for a period of time, due to its excessive volume, the gains always get the head, the upside is limited, and the volatility begins to lose. The hot money naturally flows into other altcoins.

Therefore, we can make a conclusion that a good altcoin can be taken and must be taken. The tail of the bitcoin bull market is the time when the altcoin broke out. We just have to wait for good news.

For investors with small capital, they must also have a small currency of high odds. The big account is 10 million full-position bitcoin. You 100,000 are also full-position bitcoin, BTC doubles, and the large-scale income is 10 million, and your income It is 100,000, the same increase, the income of large households is 100 times that of you, and this gap will gradually increase with time. For the poor, risk is the biggest opportunity. So how do you choose the altcoin that will make you rich?

Referring to the market value as one of the most stupid methods, the limitation is very large, which is a compromise solution. Bitcoin can be held without brains, but the water in the altcoin is very deep and requires a lot of mental energy to screen. For those who have a little knowledge of the blockchain, there is no ability to screen out potential small currencies. Some people have previously concluded that the top 10 coins are rotated every year, except that bitcoin is rubbish. In fact, compared to the top 50 currencies of the past years, you will find that many are still relatively stable. Projects with strong communities and supporting scenarios are still hard to disappear.

Therefore, for ordinary investors, the market value is a very good reference indicator, because the capital market is voted with the feet, the market value must be high for a reason. Those old coins that can survive are stable in the Top 50, and there are some capital blessings, so you can choose the big market capital of the altcoin, or the leader players in different fields.

Confirm whether the altcoin can survive to the bull market

First of all, realize that not all coins can successfully reach the bull market. Before the cottage currency bull market, they will be completely suppressed by the bitcoin market, and more and more plunge, many altcoins will be drained and die, such as 17 years. Daniel, a lot of coins have not yet reached the bull market, so for example, many projects and exchanges are beginning to hold back. For investors, it’s hard to get through the big bears. As a result, before the bull market, a zero-return coin is pressed. This kind of misery is desperate, so make sure that the coins you cast can stick to the big cow.

In the past few months, many exchanges have removed some altcoins, and these coins only have a few exchanges, and some even have only one platform. Once they are off the shelves, they basically die, so you can refer to the altcoins. There are several home exchanges, which are head exchanges. Also look at their official website, public number, Weibo, Twitter, github on the project is updated, once there are months of stoppages, you must stay away from the project.

In addition, depending on whether the project will progress or not, you can go to the official website to check the road map to see if the progress in the real world keeps up with the expected goals of the road map and whether there are any new plans in the next few years.

In the last round, many Bitcoin believers missed ETH perfectly. In their eyes, besides Bitcoin, others are jealous. Perhaps Ether Square will return to zero in the future, but they missed the entire Ethereum boom. Ethereum introduced smart contracts, bringing more possibilities to the blockchain and bringing new stories. Although Ethereum is a good tool for IC0 money, who wants to miss the wealth effect brought by its technological innovation.

The explosive power brought by the new technology is extremely strong. Ethereum is the direct killing of the second. At the same time, it also shows that the technology change is very fast. Now there is no technical breakthrough in the previous projects. May be on the verge of death because of the need to leave room for new technology coins and new stories. Like EOS, this is just an evolutionary version of ETH, which is obviously a yak cut.

Of course, if you want to catch a speed like ETH or IOTA, it's easier said, and the gambling component is bigger. You want to catch the killer project in the next round, just like finding a needle in a haystack. Even if you catch it, it’s hard to hold it. If you think you’ve caught the killer project in the next blockchain industry, look at the 11-year-old’s replies, buy it in your wallet, and forget about it. it.

The altcoin is always a very high-risk investment, and bitcoin is the best option for those who seek stability but don't want to miss the blockchain dividend. Investment is risky and requires caution when entering the market.

Info and updates about your favorite blockchain projects, cryptocurrencies and tokens