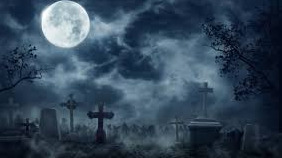 Libra a cryptocurrency introduces by Facebook social media platform. Facebook coin could have acquired massive adoption in its social media platform due to high number of readily available users who could have invested in this kind of cryptocurrency. However, Facebook has many reported cases on errors in ensuring data security and privacy. These cases could have resulted in users and investors losing trust in the security of their funds.The introduction of Libra had no vision of solving current challenges involved in currency market. Libra does not intend to solve the problem of unbanked which is a key challenge.To make it worst Libra implements an unreliable technology in which it cannot eliminate speculation and volatility. Despite the internal challenges that are facing Libra they are other external and market changes that may hinder the dream of Libra.

American congress sent a letter to Facebook officials to stop the development of Libra. Congress claimed that the idea is a threat of national security, privacy, trading and monetary concern to Facebook users. Besides, Congress also spells out that it would cause problems to investors and consumers of the entire global economy. USA support could be necessary in developing a positive impact on the increase in the number of investors. Withdrawal of the government will result in a Facebook plan of Libra dead and to remain as a daydream.

Key economists in America such as Joseph Stiglitz posted an article stating the idea of Libra could only be accepted by fools.This is the worst part of development of Libra as it is known that the majority of investors will always check on famous economist who are investing in the currency.

Key companies that have been supporting the development of Libra recently they have withdrawn from the plan. Facebook acquired support from strong financial institutions such as MasterCard, PayPal, Visa, eBay and Booking all of these companies have announced to withdraw from the association with Libra project. The withdrawal of the credit card companies is a key factor of declining Libra.

MasterCard and Visa are well knowing and have a firm state of ensuring secure transactions across the global their association with Libra could have brought a key positive impact to Libra by enhancing its transactions.

Despite this challenge Facebook is still working to enhance the development of Libra. However, they are still more effort required to win the trust of users and the entire investors at large. Without the support of the word MasterCard and Visa, it will be difficult for Libra to achieve its mission and win the interest of the users and also their trust. This does not mean that the plan will be unsuccessful it is only going to cause delay and the entire project will be expensive and uneconomical of Facebook to accomplish.

I am an article writer and a crypto trainer

I am an article writer and a crypto currency trainer