The Matrix Influenced Everything About Blockchain, Crypto, De-Fi And NFT's
$1,200 in $ETH + $300 in $ADS Prize Pool: #WhatIsAdshares Contest and Giveaway >> ENTER HERE <<

The Matrix Influenced Everything About Blockchain, Crypto, De-Fi And NFT's

I just watched the trailer for the 4th Matrix film, aptly titled resurrections (if you haven't seen it, stop what you’re doing and watch this now!).

Seeing that famous green code again got me thinking about the time I saw the first film. It was then, and still is now, a very revolutionary and on point set of ideas about the evolution of technology and the human race.

The story of interoperability between man and machine, and the eventual control by machines is actually not too far off what has happened nearly 22 years since the first Matrix. Just not in the exact way that is depicted in the films.

Instead of being physically connected in a tub to machines sapping our energy. We are staring into screens which are draining our attention, mental energy and showing us a world that isn’t exactly real or true in many cases.

And although we reside in the real world (or at least I think we do - Elon might disagree!). We spend most if not all of our time in a secondary digital world where we engage with a multitude of sub-digital worlds and experiences. No jack in the back of our heads, just a device glued to our hands and seducing our eyeballs. 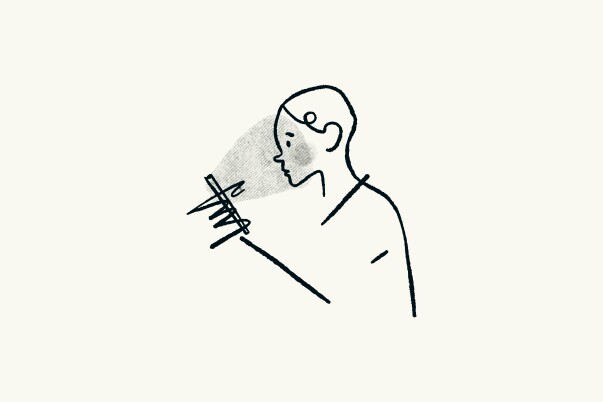 Many of the themes that the original Matrix explored including independence, freedom and forms of decentralisation from a system, are the same things that exist in the blockchain world.

The characters in the Matrix want to break free from their virtual prison to have freedom of choice. The world of Blockchain tech follows a similar line. Crypto exists as an alternative form of currency in rebellion to a centralised system controlled by what many deemed as shady characters.

De-Fi exists to empower people with the option to use financial products which grow their wealth beyond the restrained rates fixed by centralised institutions and NFT’s exist to provide a new form of ownership that’s not governed nor can be controlled by traditional institutions.

So the world of Blockchain and all its creations have a lot in common with the narrative of the Matrix. Well, in my opinion anyway. 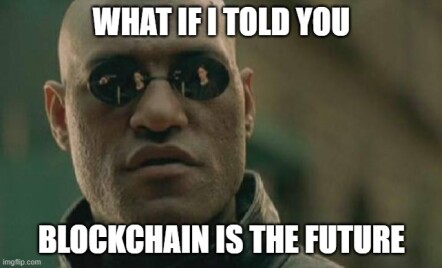 The red pill, blue pill question is basically like asking, do you want to earn 0.01% from your traditional bank account or delve down that rabbit hole and see where those Crypto saving products could take you?

It’s all about choice - freewill.

It’s not only a cool techy, cyberpunk influenced piece of art. It’s also like a strange Nostradamus type prophet, telling us the future before it happens.

Tech addiction, decentralisation, man and machine integration are all things we live with today. The original cryptocurrency in Bitcoin was born about 10 years after the Matrix hit our screens, and it was everything that the movie promoted.

As Blockchain tech continues to grow, innovations like NFT’s and De-Fi will continue to rise, giving way to even more digital tools that reshape our world.

We have most certainly already dived down the rabbit hole but just how much further will we go?

Worldwide crypto adoption rises by 888% in 12 months: What this means for the future of finance.

Subscribe to my free fortnightly newsletter focused on sharing the best content to raise your financial intelligence. No spam, unsubscribe anytime.

I’m not a financial advisor, a psychologist or any from of accredited professional. As such, this is not financial advice and I’m not qualified or licensed to provide anything like this. This content is a bunch of thoughts from a fellow human for educational purposes only — that is all.