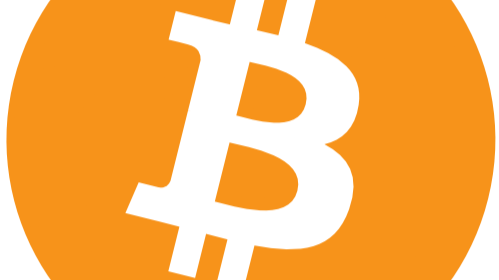 I talk with people who are interested in acquiring Bitcoin, but express doubt about being able to afford a whole coin. The first bit of good news is that you don’t have to purchase a whole coin. One Bitcoin is divisible to a unit of 1/100,000,000th and can be purchased from many exchanges. My inaugural purchase in early 2019 was five bucks; there are so many uses for Bitcoin that even skeptics like me see unlimited potential based on its many attributes including hardness and decentralization.

But I get it. Times are tough as the dollar continually loses purchasing power, which is driving interest in Bitcoin and other cryptocurrencies. Fortunately, there are numerous ways to accumulate Bitcoin without spending cash. This is how I built some of my nest egg by early 2022 and is an approach I still employ; it's a slow and tedious process that, despite my clickbait title, isn't free as it demands time and energy. But Bitcoin isn't about getting rich quick (despite my clickbait title yet again) or such nonsense; it's about building long-term wealth from your efforts as you stay humble and stack sats.

I’m going to list a few ways to get free Bitcoin. Some of these methods may not work for you, but I encourage you to do some research and make your own decisions. I am not being compensated by any of the following organizations beyond rewards from new users signing up via my referral codes (included in the following links) where applicable. Additionally, I will be updating this list regularly as I discover effective new options for stacking sats.

The self-custody requirement is vital to Bitcoin’s continued success. I insist that people withdraw their satoshis from these applications to non-custodial wallets upon reaching the minimum withdrawal amount for each. Some distribute funds on-chain while others utilize the Lightning Network. That’s an entire discussion unto itself. For a crash course, I recommend the BTCSessions YouTube channel filled with concise tutorials on nearly every Bitcoin wallet available explained in layman’s terms. My wallet recommendations for beginners are Blockstream Green, BlueWallet, and Muun. Once again—don’t trust me; verify for yourself!

No, it’s not a lot of money relevant even to mass-printed 2022 USD. But Bitcoin, even during this current dip, sits tenfold from where it was when I began three years ago. And the above methods will not take up much of your time. It’s certainly possible to stack one million stats a year through some combination of these options. That’s approximately $360 USD in early 2022 terms. Should Bitcoin reach a million per coin by the end of this decade (and I absolutely believe it will), those million sats will be worth $10,000. That’s not bad for annual savings accrued through the time it takes to read whiny Facebook posts and look at videos of people acting stupid. And no, the Bitcoin ship has far from sailed. It’s still under construction. Many people chasing sats right now are swapping them for dollars. Bitcoin has already survived multiple trials by fire yet still has far to go.

Accumulating Cash for the NEXT BULL run Support me on my journey. https://cointr.ee/jorkinso

earning Bitcoin in many ways

7 ways to earn extra Bitcoin during the BEAR market..