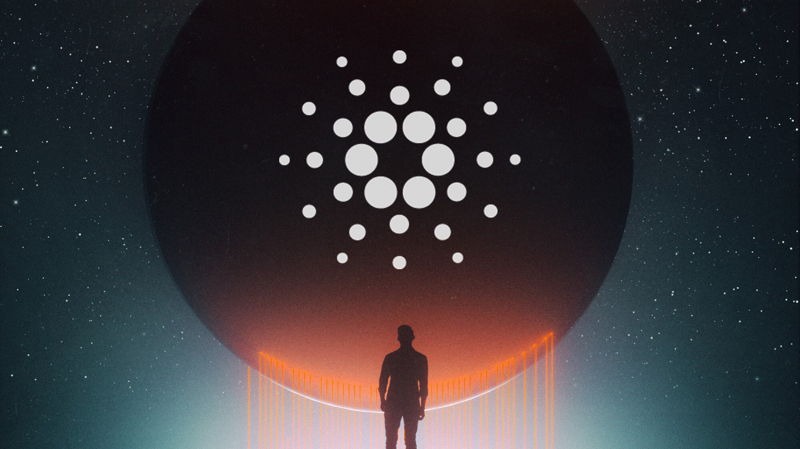 Significant efforts are being made to transition Cardano from a science project to an actual commercial product. According to Charles Hoskinson, the CEO of IOHK, heavy efforts are currently underway both at IOHK and at the Cardano Foundation to push product marketing and develop the commercial side of the blockchain.

In a recent update, Hoskinson addressed some of the issues users had with the Shelley Incentivized Testnet, emphasizing that despite its success, it was still a developing product.

“We’re very happy with what we’ve been able to do.”

These are the words of Charles Hoskinson, the CEO of IOHK, the company behind Cardano. In his latest YouTube update, Hoskinson went over the current state of Cardano and addressed some of the issues the project was faced with in the past weeks, the first one being the holidays.

The immense success of the Shelley Incentivized Testnet has brought on serious work for the Cardano teams, whose tight development and update schedule seems to have been cut short by the holiday season. Hoskinson apologized for the lack of significant progress in the past few weeks, explaining that December and January are notoriously the most frustrating months when it comes to product launches.

But, even with the slightly slower teams, Cardano development looks like it has gone into overdrive.

According to Hoskinson, milestone number 3 for the Shelley Incentivized Testnet should be released on Jan. 29. The teams have also begun aggregating statistics regarding the testnet from different sources and should be published by the end of the month. The team’s consolidated statistics will be an improved version of the statistics the Cardano community has been publishing every few epochs.

The teams working on Haskell development have also established a two-week sprint structure, with a post-mortem being done at the end of every sprint, Hoskinson explained.

While he said that the velocity in the second half of January was looking very good, Cardano development will really start picking up the pace in February. February will be the first month Cardano product managers will begin doing “data dumps” as Hoskinson called them.

The monthly or bi-weekly video updates are part of Cardano’s overall effort to bring more transparency into its development process and improve communication with its community.

February will also see Dynal Patel, a senior product manager at Cardano, coming up with a plan on how to transition the Rust incentivized testnet to the Haskell incentivized testnet. Hoskinson noted that this is extremely important as it will allow more than 900 entities that have already registered their stake pools on the Shelley Incentivized Testnet to operate their testnets in Haskell.

While Hoskinson said that he was extremely satisfied with the amount of ADA that has been delegated on the testnet and the number of stake pools that have been created, he noted that there were still issues with the network that needed to be resolved.

Most of the smaller technical problems have been resolved with the patches that have been released in the past month. However, the biggest problem the network faced was community expectations, as many users complained about the user interface on the testnet.

Rust was chosen for the incentivized testnet because it allowed quick and efficient technical updates, Hoskinson said. Its sole purpose was to test the business user experience of staking and was intended only for technically sophisticated stake pool operators.

“It was never intended to be a consumer product”

Building the incentivized testnet on Rust allowed the teams to identify all of the technical requirements of the network and then build them into the final Haskell product. From that perspective, Hoskinson said, the testnet was a huge success.

The amount of development that has gone into Haskell isn’t surprising at all, it will be the code which stake pool operators will build on and use to verify their infrastructure is working.

“This is the foundation upon which all code for the entire Cardano roadmap will be launched.”

The code has been rewritten three times, the final time being using a formal methodology. All of the Shelley features have been built on the third-time rewritten code, he explained.

“Because this code is so well written and well understood, it has high velocity when we add new features to it.”

Strong effort to push forward the commercial side of Cardano 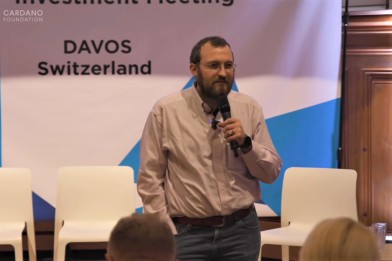 The business consulting giant will be responsible for creating a consolidated commercial strategy for Cardano by taking input from McCann, the advertising company tasked with rebranding Cardano. Once all of the information from both Emurgo and the Cardano Foundation has been consolidated, PwC will hold a multi-day workshop where the final commercial strategy will be revealed.

Their job, Hoskinson explained, will be to make sure everything Cardano-related is aligned and that heavy emphasis is put on product marketing.

In the meantime, IOHK will focus on trying to find a consolidated way for exchanges to list ADA. Hoskinson said that business requirements from cryptocurrency exchanges will slowly be worked into the overall commercial strategy, allowing potential partners to easily onboard ADA in the future.

This could prove to be a key move for Cardano. Hoskinson said that there has been a “high degree of interest in Cardano as a platform” at the World Economic Forum at Davos last week, which is why it’s crucial that as much institutional infrastructure gets built while the platform is still at one of its earliest stages.

IOHK’s job, Hoskinson said, is to make sure to turn those interest points into tangible products. Until then, it’s all a test of patience, as most of the heavy lifting in terms of formal processes and research has already been completed.

Cardano and the IOHK team has developed a strong digital asset based upon robust mathematical principles and peer review, we as a community have watch Hoskinosn and his team take the slow and steady approach eschewing the overt marketing tactics of less sound blockchain projects. Now in 2020 we will see Cardano flourish as one of the top projects in the space with more partnerships and integrations. 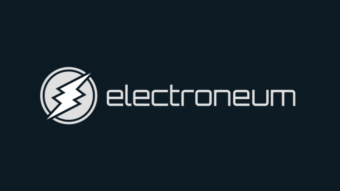 Is Electroneum (ETN) A Good Investment? In-depth Analysis and Near to Longer-Term Expectations