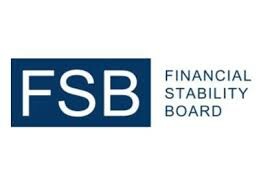 The Financial Stability Board (FSB) issued a series of recommendations requiring the member countries of the Group of 20 a unified approach to regulate stablecoins .

According to the G20 financial oversight body, countries need to modernize their regulatory infrastructure to prevent these types of crypto assets from weakening their monetary stability .

The document released by the FSB consists of 10 recommendations to create an international set of rules to regulate private stablecoins , mainly targeting Facebook's Libra project.

On Wednesday, April 15, the finance ministers and central bank governors of the G20 member states will hold a virtual conference where they will discuss the report.

The intention of the international organization is to eliminate the national laws that deal with stablecoins and can lead to arbitrary regulation, a situation in which - they consider - the integrity of sovereign monetary policies would be weakened .

"Relevant authorities should, when necessary, clarify regulatory powers and address potential gaps in their national frameworks to adequately address the risks posed by stable global currencies,"

In addition, the FSB noted that the development of an appropriate legal framework for stablecoins will be open to public consultation until mid- July , and a final report will be issued in October of this .

The international entity brings the issue of stablecoins regulations to the table immediately after the  European Parliament publishes a report identifying  legal loopholes in European regulations for crypto assets .

One of the points addressed by the EP, were the  legislative challenges  from the appearance of global stablecoins, mainly  Facebook Libra .