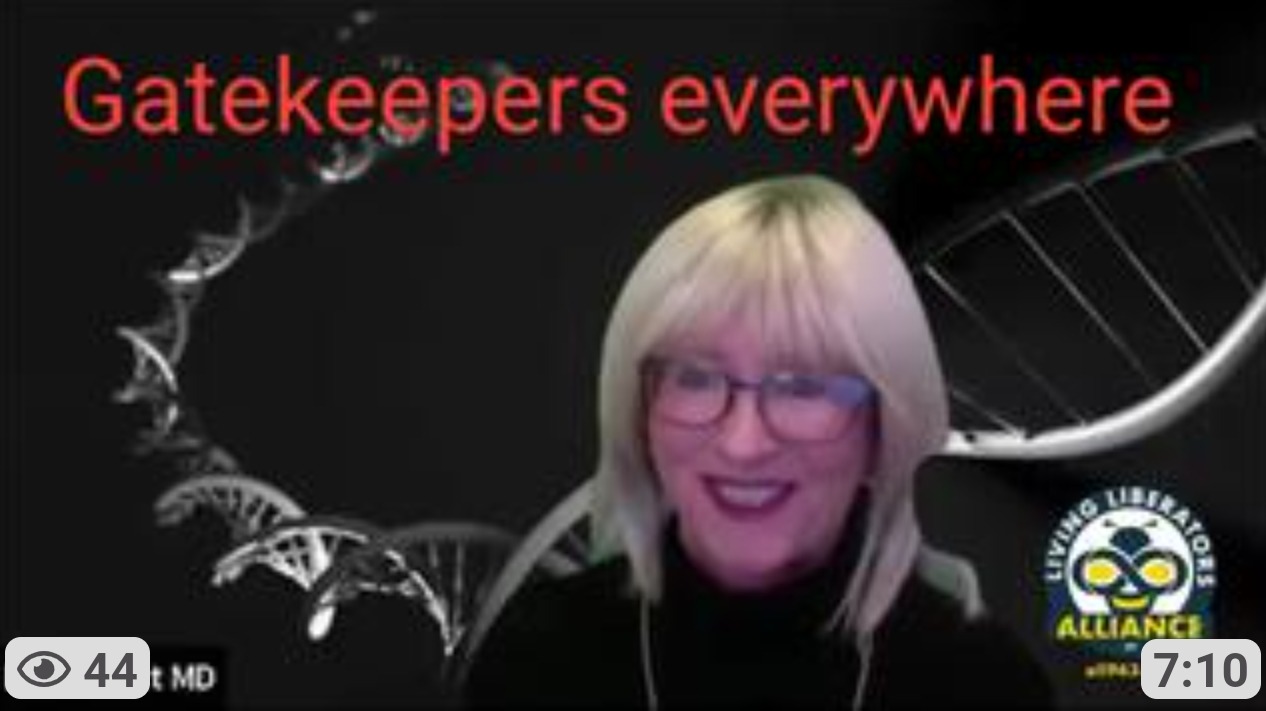 The virus lie and gatekeepers pushing it.

I've uploaded this video not that you could learn some profound new concept that is normally to difficult to understand but rather to teach most who does not see yet how a gatekeeper argues. I really can't give a damn anymore who gets mad at this but I've had enough of the gatekeeping scum leading people down the wrong path. I know martin and courtenay. Two of the best chaps you will find. Courtenay is one of my best mates and when it comes to people cutting through the horse shit you will find no one better. Martin interviews Lee Merritt MD and what I want to show everyone is how she avoids the elephant in the room by diverting the conversation. The point that courtenay pushes through is that the topic is unbelievably simple and stops at "THERE IS NO VIRUS". No virus has even been isolated or proven to exist. Nothing else matters and everything this woman (Lee Merrit) says is simply to divert you from the truth.

- 1 sign of a gatekeeper is the words "I agree with you" followed by an explication of the contrary. See also the video of Judy Mikovits where she used the same tactic.
- 2 Lee agrees with tenpenny (another gatekeeper) that they don't want to go down this path of "no virusses" because they see it as a distraction. Nothing can be further from the truth. There is nothing out there that cuts through the bullshit cleaner than realising there is no virusses. Sometimes which is unbelievably easy to prove and research if you are not paid opposition, if i might add.
3 - Having a hero named Luc Montagnier (the pioneer of the AIDS hoax) is another dead giveaway. No man in his right mind can do the research required to wake up from this germ theory lie and look up to Montagnier, a conniving little hair dying bastard that kicked off the AIDS hoax which can be seen as the start of what we are in currently. Also she mentions that "they still gave him the nobel prize because they could not help it"... yet he accepted it and was part of this bullshit. It is very easy to see the gaps in someone's story if they are lying.
4 - The simplest way to take back control of the scientific and medical education is to teach people that there is no such a thing as an infectious virus... there is no reason the muddy the water beyond this point accept if you are being paid to do so.
@04mis27sec coutenay blows her whole argument to pieces.
- @05:02 "it goes away... maybe" the utter horse shit after what courtenay mentioned can easily be destroyed based on what we know to have been proven already [terrain reality] nothing that she says follow coutenay's statements can be proven. And that include the DNA changing nonsense, something which has also never been proven to exist is the cgi represented horse shit portrayed in media.
- last but not least "parasites". Need i say more on the subject of terrain theory? Anyone that has done any research on on terrain theory know that parasites are like the firefighters at a burning building. They are as much to blame for the problem (the burning fire) than parasites are to blame being at the scene of the problem in someone's body. This is an MD talking with so much conviction on a topic that is actually very simple. She does not have her head up her arse... she is paid to mislead people.

The answer is very very simple. There is no such a thing as an infectious virus. Not one that has existed in our past, or our present or even an engineered virus or better yet an infectious bio weapon! Anyone carrying this message is either a useful idiot or a gatekeeper.