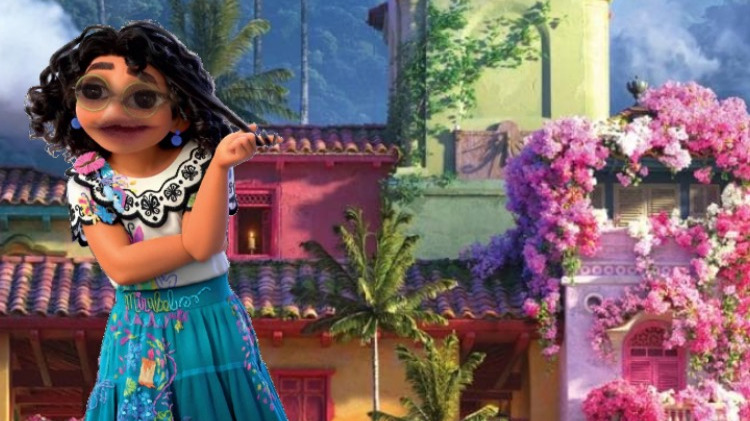 "Welcome to Hell; come on in"

I am the king of my own reality. This is not only true for me, but for everybody that is anybody to exist ever. It seems really straightforward, but the imagination of people over time, it's a concept that disguises historically it's reasonably understandable that even though the concept is simple, it's one that is dealing with the entirety of what we are as well as what are reality is to us. I've spent so much of my time since I was 15 years old telling people the same thing over and over again. It's the truth in my opinion, which is based on the inevitability of existence, that I know I'm seemingly experience, through my own perception of what I'm faced with in this moment of my tangible three-dimensional reality that  I'm only able to compare the set of experiences that I've had in my lifetime this far to come to somewhat of a conclusion of what I assumed to be actually presented in front of my physical being by the universe as my reality to have. I'm not sure what's the better way to put it.
The confusing thing about time is that the moment individualized is not correctly defined by any possible description to be given with the point of view that we have. Which I will get into later is already a horrible idea with a failing sense of logic;  but so are a lot of things that we are born to believe are what we are supposed to do, or believe are supposed to be. The redundancy is never-ending, it seems to be a recurring nightmare in this explaining of all that plagued me in every attempt I've ever made to explain, but I mean. The perceived hallucination that you are you supposed to from birth of what your life is supposed to be is so limited by its own qualities that I think it is easy to miss the simple concept of being in control of what reality actually is. All I'm really trying to say is that reality as we make it to ourselves is something we can only make up to ourselves to understand, and we use the experiences we have in reality prior to the moment you're in right now to compose an idea of any individual moment you experienced. Give me the only thing yeah I can make them any of that last sentence to be as straightforward as it is becomes the idea that I've grown to attach my philosophical argument all of the non existence of time at all. The correlation lies in the conclusion that I've come to logically determining that if I need every experience I've ever had to explain to myself any experience all I ever have it's out of this necessity to be able to know anything I must not only know everything that I've ever known all at once but all at the same one instant it seems necessary that I actually remember every single thing that ever happened to me. And for the sake of clarification,  I'm not speaking in terms of my personal ability to remember things in comparison to anyone else's, but everyone's ability do you know what things that must be in comparison to everything else that they've ever known. More redundancy.  The oddity overall in this section of this complex situation, and I'm trying to explain and probably failing, is that it implies that we created our own realities as we knew it to be. If it's not already occurred to be apparent to you, the reader, this immense concept of all, it's something that a lot of ground that must be covered in order to give a sound explanation. I literally have the same conversation everyday with anyone and everyone who gives me the chance to speak on the subject. Even if they've already heard it. So I hope this introductory that you are reading has its lasting effect on your thought process and even if you think that I'm full of s*** you can at least consider what it is that I'm trying to say to you. Just in case I've already confused you as much as I'm confused myself today. I would like to inform any of those who would like to know some of the reoccurring topics that will be faced often by readers of my publications.

They go as follows,  but in no particular order:

You will never experience your own death.

There's no such thing as time.

This moment is all that you will ever have.

There's no such thing as nothing (to be understood).

All religions say the same thing.

Aliens are real; they are everyone around you.

The Buddhists might have been quantum physicists the whole time.

True happiness is learning to love everything, even if it sucks.

No way to verify that anyone else exists.

We are all alone.

You're reincarnated in every instance you are existing.

I am you going to be me and you are me Born to Be You.

For today, that is all. Should all go well and I learn the discipline necessary in order to add daily to this discussion, that is my only intention. I think it's important that I share this information as it is important for us to share any information with each other. It's all important.

P. S I am an atheist and I believe you will

Delivering Everyone Intelligence To Yield