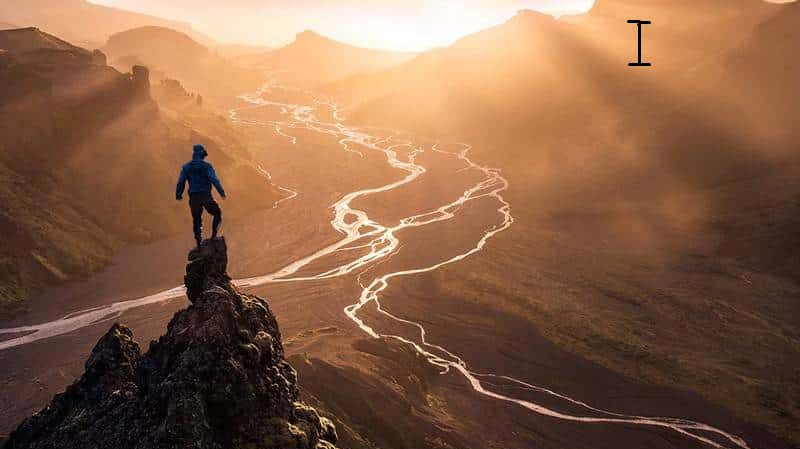 Chapter 1: the beginning of nothing

A story, how to start a story, no one has any idea, but people have been trying in all shapes and sizes for years. And you know what that means so that there is no right or wrong way to start a story. Of course, there are better and worse ways. But there is no wrong way. Actually, when you look at it this way, every way is the wrong way simply because there is no right way, but what do I know about it. I am not an author, writer or high intellect person. I am just a young student with dreams just like everyone else. Sounds cliché or not. Well, I just let it sit in, a cliché here and it is not so bad. It makes the story a bit passé and therefore perhaps more readable. Probably not, but writers have been using clichés for many years and sell many books with it so somewhere it will be fine, but good enough about it. What I'm going to talk about in this story is that I have no idea what to write about, I really have no idea, but with my real no idea content/idea story, I have already written more than 200 words. Funny is that or not just by saying nothing or not adding any information to your life can already produce a lot of words on paper. But well what I'm going to tell you now, many of you probably already know for a long time, but for the people who don't know, this might be a nice story. And for the people who do know it remains a nice story, so keep reading and continue.

Actually, I just kind of empty my head in this story and stories to come, simply because I have nothing to do on the train or in between lectures or wherever I have a rest. And at the same time, I am practicing how well I can actually type and whether the things I typically make a bit of sense. Probably not for you but for me it is as clear as E = mc2, it has absolutely nothing to do with this story but it just sounded nice. And look I really have not told anything at all and we are already on the 400 words. I say nothing says but the psychologists among us can probably get a lot of useful information about me from this small piece of text, that I may be lonely or even worse depressed because why else would you type a story about something is actually nothing at all.

Well for the people who worry about me now, or the people who pretend to worry about me. There is nothing wrong with me at all. I am not lonely or depressed or anything. Okay, it is not entirely true that there is nothing wrong with me, but nothing that can harm myself or others. But well everyone has something that is not quite right in his or her life. Or not sometimes when you say that it is not so then you know that a passive liar can be on your CV. Or you may just experience nothing at all in your life, but then your problem is that you experience nothing at all in your life. The latter I did suffer from, well the illusion that I had nothing at all in my life. Because actually when I look at my life like that, I experience quite a lot and I have actually already experienced quite a lot. No life-changing things or anything, but simple little memories that give you a good feeling.

Maybe I should have become a writer after all because I've never seen so many almost idle words in a row. But who am I to be able to judge my own work. Perhaps this text appeals to someone so that they would spontaneously want to improve their life. More out, more love sports but is looking up. I think this is very strong but good if this story changes your life in any sense that can be both negative and positive, please contact me so that I can process that in my next story that there is actually a life changed through my story. If it is negative, it is better that it makes for a better story and people love to read things that make them feel better. From a look at me, I am much better than yours now I feel even better because I think I am better than another. People like that but admit it no no no I really would never do that blablabla. Anyway, this story is not to complain about anyone.

It would be a nice neutral story about nothing really. A lot of information has been incorporated into a long piece of text. It is foggy outside, there is nothing special about it, but it always gives a kind of calm yet mysterious feeling, and the science behind it is so easy that it actually gets complicated. But like before I am not going to bore you with scientific talk or anything in this blog. This story shouldn't be saying anything, everyone should be able to read it, I'm not saying you should read it, but since you've already come this far, you better continue reading this story. Or not because as I said before this story is actually nothing. It's just a document I opened and started typing to pass the time on the train, at least I'm on the train now. Later I will also sit at a table during a break or something but we will see that later.