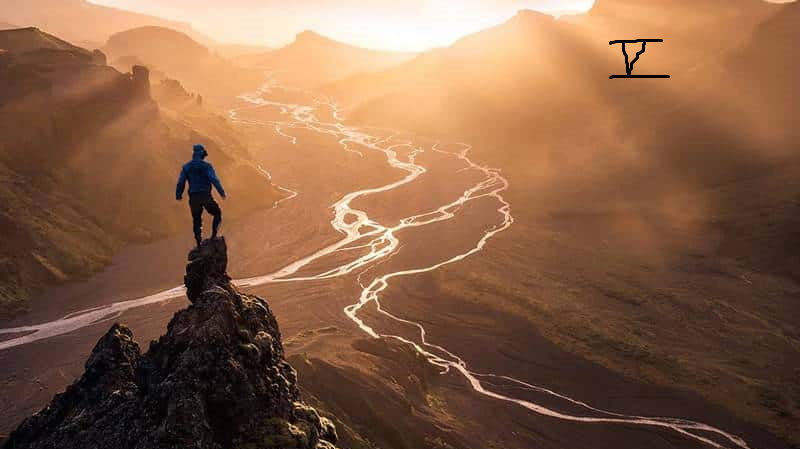 Chapter 5: The end of nothing

And hello there we are again, did you miss me. Probably not because there is not much of a break for the reader. Nevertheless, It is great for my self-esteem to make me believe that you have missed me and my useless bits of digital text. Otherwise, it would make no sense at all to write this. Anyway leaving that thought behind us. Welcome back to a new part of a puzzle piece of text that doesn't help or learn you or anyone anything at all. Or maybe it does. Anyway, that is up to the reader to decide whether or not they get anything useful from this "story". Still, in my opinion, I do not think it has been helpful. But every brain works differently and every brain processes information differently from one another. I am not going to explain that either because I have said a number of times that I am not going to explain things that a toddler of 6 cannot understand. Of course, the Mentally gifted among us are excluded.

Well fine, you got me. I'm going to tell you what haunts my mind. There are people who are more intelligent than any of us combined. But they don't know that because they have been kept stupid by the people around them over the years. I never understood that. If you realize that someone thinks in a slightly different way than the rest. Then you shouldn't think that child is as stupid as a goldfish. for the simple reason that in some instances, some people believe that if they are not 100% successful no one else should be able to be successful. I id say that you should think rather differently, more like maybe we should pay attention to that person so that he might be able to go to Harvard, or Oxford or any other major university at a later stage in life because that person shouldn't have to be dumbed down to our level, we should rise up to them, they will bring the future one step closer to present day. anyways I'm afraid that not many people feel that opinion to be valid. In my opinion, you should always let such a person know that it can become something much greater than that person can even imagine. That you have to push that person to achieve nothing less than greatness, isn't it the best thing in the world to have been a part of someone who becomes greater than you would ever have been able to become. so if you are willing to meet someone new, that seems to be bored by the mundane assignment that has been given to them. challenge them to become something greater, something better and with a little luck, that person finally starts thinking, and might just become the new Stephen Hawking or Albert Einstein of the planet. to submit the world to their feet.

I have to admit, I have talked to and met with people who wasted their time and talent on simple tasks, that their brain could solve and improve in mere minutes. and I have ofter said nothing to those people to inspire them to become something better, for the simple reason that I saw then as a threat to my future workability. until I released that I was the thread that helped these people back to achieve great things. and then it occurred to me if those people breakthrough in a professional field. and you are the person who inspired and took care of them. then that person will remember that forever. which could potentially enlarge your network in a greater sense than you could ever have done alone. that network can give you tons of potential jobs, and even a friend for life. whatever it may be, there are major things to be gained. one day an interviewer will come to you and ask you about that person, how that person achieved greatness, and you could say it was me who believed, it was me who supported that person, it was me who created that person.  and wouldn't that be a nice legacy to left behind? knowing that it was you how changed the world for the better, even if you didn't really do anything yourself to change it. this would be a nice place to insert the butterfly effect, but you know me I won't put anything actually informative here.

Once again I'm rattling on about things that people probably don't care about or find interesting whatsoever. But if you do think that I am wrong I can only say one thing to you, too bad, then you should live in a country where people are not allowed to have opinions. unfortunately like everyone is a "free" western society I have a right to my opinion. But I've talked about that for way too long now. Even if it were only a few hundred words. No, you know what this piece of digital text is all about, and my opinion should not be it. Anyway, I'm almost in at 4500 words. I think it is enough for today. Sorry if you found this interesting and I cut it off for no reason. If you don't like it because it deviates too much from my normal writing pattern then I'm sorry too. Anyway, I will type to you again next time. With a little luck later today. I am almost on the 5000 marks, so it would be nice to Finnish it.

Okay, I feel like typing up to 5000 words today. I have more than 40 minutes of time left so I hope I can finish before that. There is only one small problem, I have no idea what I can still throw out on here. In itself, writing that you have nothing to write about is also writing, whatever fills the pages right.  No thoughts in my head to type anything up. Anyways I'll figure something out. Maybe throw in a poem, would you like that? Silly me expecting you to answer a question, even though I am aware that this is not a writing Livestream Soo no feedback whatsoever from the audience. Might be for the better though as I am slowly descending into madness. But after a while, it probably will be fine. And you know what my goal of 5000 words is no use anyway, for the simple reason that there are going to be a lot more days where I simply have nothing to do in a specific moment. But wasting my and your time on writing and reading is not so bad. Gives you something outside of your daily routine, well sort off cause writing this has become a kind of a daily routine. But whatever. After this is done I'm sure going to have to do other stuff. But for now, enjoy it while it lasts.

Oh yea I was going to do a poem. "Roses are red, lemons are sour, open your legs, and give me an hour", actually more like 5-10 minutes but who is counting. Although I now do have to apologize as this remark can be very much misinterpreted as woman unfriendly, even though man could also spread wide if you catch my drift. So I guess I have to apologize to every gender. And the matter of fact is also simply that this is just a terrible poem overall. But yet I do feel the urge to apologize to anyone who may be affected by this poem. So I am sorry.

Furthermore, I'm guessing that I have less than 200 words to go. Do you know what I am a bit afraid of, once I get the 5000 words I have no idea if I can stop typing? And I possibly must end it abruptly which will look rather ugly. Or just type a little longer than necessary until I have a fitting ending. I actually haven't thought about this yet. I told myself that it would come my way once I got to the end, but now I start to doubt that. Was it worth it wasting all this time, well I'm sure I wasted my time typing this piece of digital text? But a better question is did I waste your time? Or even a better question does it feel like I've wasted your time? If yes my apologies if not thank you for reading this and I hope you can pass it on to another person who has nothing to do in his daily routine. This is it, Bye.