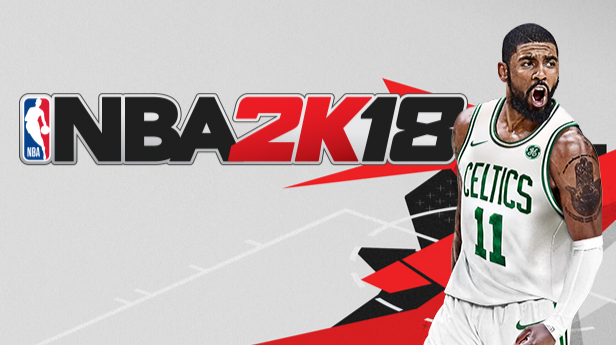 Although soccer games take full control in the world of sports, 2K has succeeded in adding new games to the sports arena.
Not only that, but it was able to develop from those games, style of play, story and different styles to make it enter into strong competition with football games.
We have here the best example of that, the NBA 2K game, the game that provided a great journey throughout its history and still offers great parts, but the 2018 version was inspired by its splendor in details, perhaps it was a great move after the previous games, as it provided us with great stages and style of play and great realism.
Perhaps this was the best part for many players due to the regular capabilities that any device above average needs to run before the revolution of expensive graphics cards.

My Career Mode, like Fifa, offers you an excellent story, you are the champion, adding to a great basketball game, an exciting story as well, from moving to the slums to stardom.
And the remarkable development that you will witness in your performance over time until you become one of the best basketball players in the world and start reserving a primary seat for you on the team.
In fact, competition to play and reserve a place in the team will be the thing that will let you continue in this phase.
Perhaps the story is highly anticipated, and I do not deny that at times he gets some boredom, but in the end it made an interesting addition to the game.

### Gameplay
Perhaps the style of play has not changed significantly from before, but the more games you play, the more I feel the change in terms of style of play, crowd noise and great fun.
In fact, the game charges you with an atmosphere of madness that makes you explore the game and present your best.
As for the style of play itself, the accuracy of shooting has increased, which is the most important matter for the player, as the accuracy of shooting from anywhere on the field will increase depending on the player and his skill, which will make you develop from the players and pay more attention to the formation factor and the perfect plan.

Although there has not been a fundamental change in the style of play, the artificial intelligence was very superior as you will be able to press a certain button that allows one of your players to move forward to pass the ball to him, which will make it easier for you to dodge the defense and get rid of close oversight.
This will let you get rid of the style of play that relies only on shooting and throwing the ball in the basket.
This technique may work when you are playing against the computer, but when playing multiplayer you will experience a little bit of randomness and difficulty implementing these plans.

As for defense, you will be able to spoil the attacks if you can adjust the timing of the contact with the ball to spoil the pass to your opponent and make a quick counterattack.
You can also deceive your opponent by stopping a little until he thinks that the opportunity is ready for him to pay, but you will be able to quickly pounce on the ball and prevent him from achieving the goal.

### Graphic
The graphics in the game are very distinctive, whether you play from any camera, where you will feel as if you are watching a basketball match in the American League from a satellite station in a distinctive way, in addition to the fun of the crowd and the hustle and bustle around you, which gives you great enthusiasm that has no limits.
As for the player design, it is very good, like the Pes and Fifa soccer games, in addition to the facial details being more accurate.
The replays here of the goal shots are more beautiful than the goal itself, as you will listen every time you score a triple with more than wonderful replays.
The pre-match shows are also the best, as you will feel that you are in the final of a real championship with the special offers and encounters that precede each match.

2k has succeeded in providing a really distinctive game with its splendor, gameplay and graphics more than great and it deserves the acclaim it got.