Hello, what is the first Virtual Currency ?

The answer in french is : "monnaie scripturale".

Source Wikipedia (french) : Scriptural money : The possession of currency by an account holder is materialized by an account entry.
loans make deposits : That is, commercial banks are responsible for most of the money creation. It is also sometimes said that the bank creates money "ex nihilo"

Source wikipedia (english) : Demand deposits or non-confidential money are funds held in demand accounts in commercial banks. These account balances are usually considered money and form the greater part of the narrowly defined money supply of a country.

Here are the 2019 figures for the world's money supply.

We can imagine a significant change in these figures considering money printing and the increase in debt in 2020. But we can already get an idea between the available cash and virtual currency in banks.

The money in your bank does not exist. Bank Run !
And who suffers the most from a bank in financial difficulty in a centralized system where we have only one option ?

How is the value of a banknote represented ? its manufacturing cost ? 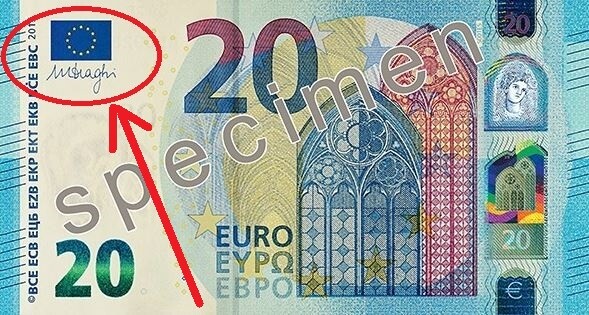 The value of a banknote is represented by the signature which guarantees its value. So we trust governments, we trust banks (central bank, commercial bank).

For Bitcoin we trust everyone who trust Bitcoin.

Money is just a matter of trust.
The difference is who we trust.