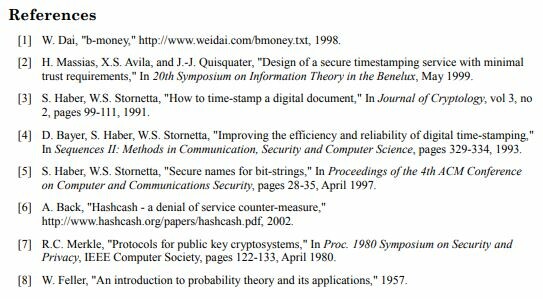 But Satoshi Nakamoto's contribution to the development of blockchain technology was a turning point.

From wikipedia :
"Cryptographer David Chaum first proposed a blockchain-like protocol in his 1982 dissertation "Computer Systems Established, Maintained, and Trusted by Mutually Suspicious Groups."Further work on a cryptographically secured chain of blocks was described in 1991 by Stuart Haber and W. Scott Stornetta. They wanted to implement a system where document timestamps could not be tampered with. In 1992, Haber, Stornetta, and Dave Bayer incorporated Merkle trees to the design, which improved its efficiency by allowing several document certificates to be collected into one block."
"The first blockchain was conceptualized by a person (or group of people) known as Satoshi Nakamoto in 2008. Nakamoto improved the design in an important way using a Hashcash-like method to timestamp blocks without requiring them to be signed by a trusted party and introducing a difficulty parameter to stabilize rate with which blocks are added to the chain. The design was implemented the following year by Nakamoto as a core component of the cryptocurrency bitcoin, where it serves as the public ledger for all transactions on the network."

Not to mention that blockchain technology would not have been possible without the work of Ralph Merkle : Merkle Trees (1979).

There is an interesting article from Vice about Haber and Stornetta Blockchain.

The improvements made by Satoshi Nakamoto were the basis for the emancipation of Blockchain technology. This emancipation was only possible thanks to the introduction of Bitcoin.

Among the first to own Bitcoin, they wanted to test, see, study and verify the blockchain code. And they had to do it using Bitcoin. Because it's easy to imagine that many of them thought bitcoin was a scam.

From blocktelegraph :
"Building on existing knowledge is generally considered the best way to innovation. Satoshi Nakamoto was clearly a knowledgeable expert in his field, being aware of relevant previous work and building expertly upon it. Bitcoins adds an incentive layer and proof of work consensus to the blockchain data-structure. These additions have made the blockchain truly decentralized and have solved the double-spending problem, giving rise to cryptocurrencies."

Satoshi Nakamoto invented Bitcoin and blockchain technology with the necessary and requisite conditions for bitcoin to be used on the bitcoin blockchain.

From my perspective, Bitcoin is already a historical value and has shown that human curiosity has triumphed again.
Hoping that the curiosity which is an important engine of humanity is not completely replaced by the greed which has too often led humanity on the path of destruction.