Hello, Corrections are needed in a market. It is not worrying, it is even reassuring. 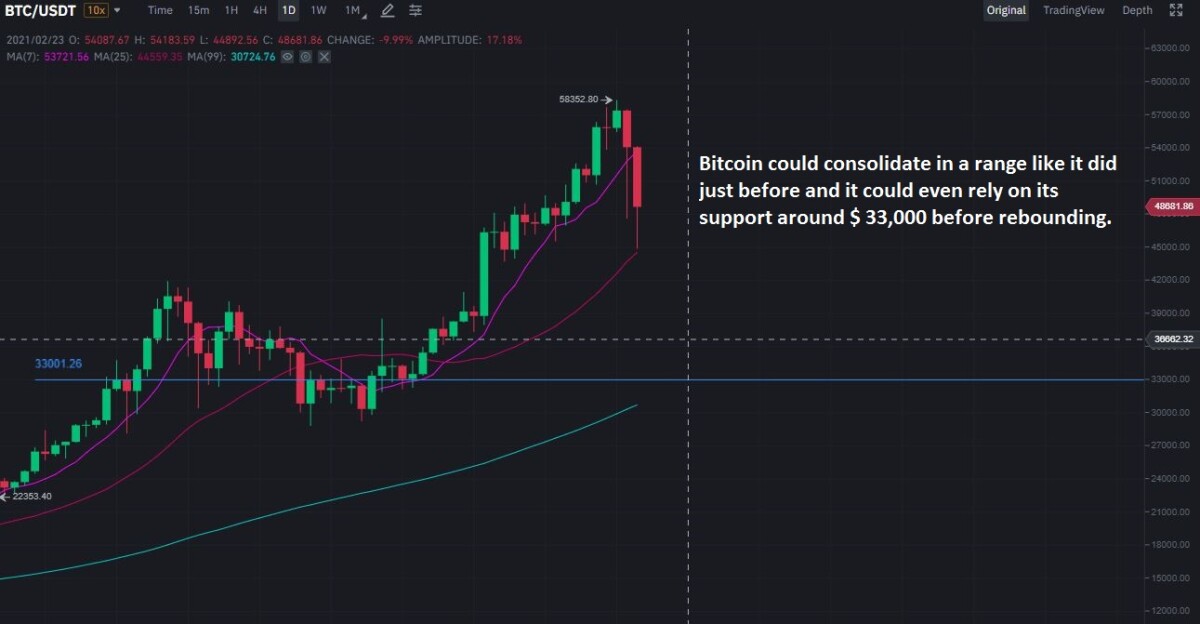 Bitcoin could range between $ 44,000 and $ 58,000. The support zone around $ 33,000 could be interesting if the bitcoin price returns to this zone. There are several possible scenarios but it is not me who could guess for sure what will happen. But there is nothing to worry about even if the price were to seek lower support (like $ 33,000) before rebounding.

From my point of view, bitcoin has risen sharply in recent months and a good consolidation of the price can only be beneficial for the rest of the bull run.

Bitcoin is subject to speculation, please do your own research.