I can't predict the future for sure and the 2021 Bitcoin Bull Run could end with an ATH close to $ 65,000 and an 84% Bear Market retracement could push the Bitcoin price back to $ 10,000.
But there is a good chance that the Bull Run will continue, especially considering the 2013 Bull Run.
The Bull Run of 2013 was done in 2 stages and with a correction of almost 82% after a first ATH to $ 265 and this correction did not prevent Bitcoin from then pushing up to $ 1240 as we can see in the screenshots I made with TradingView. 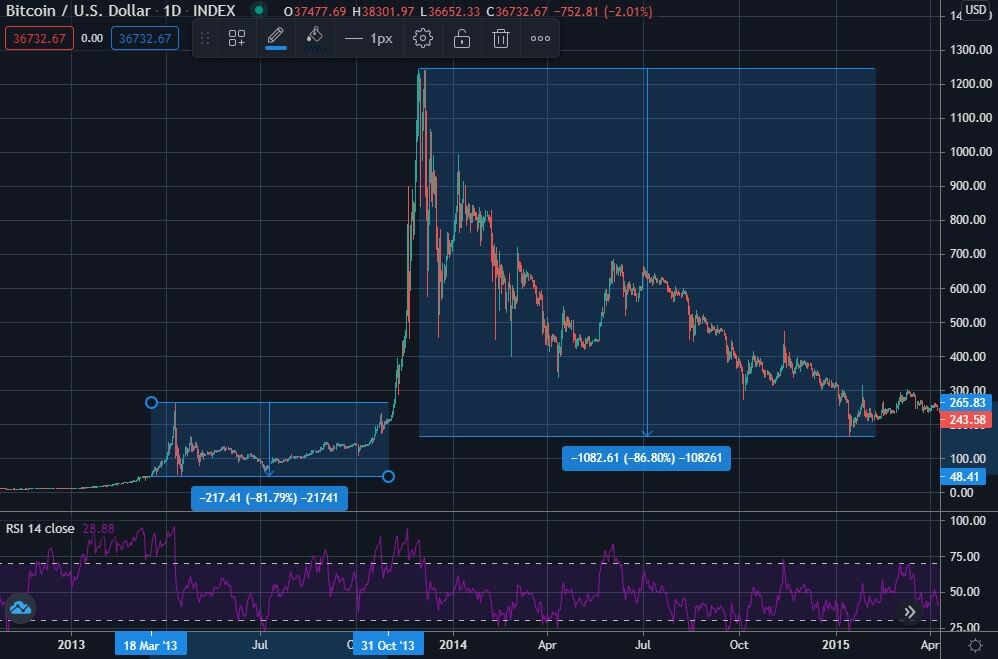 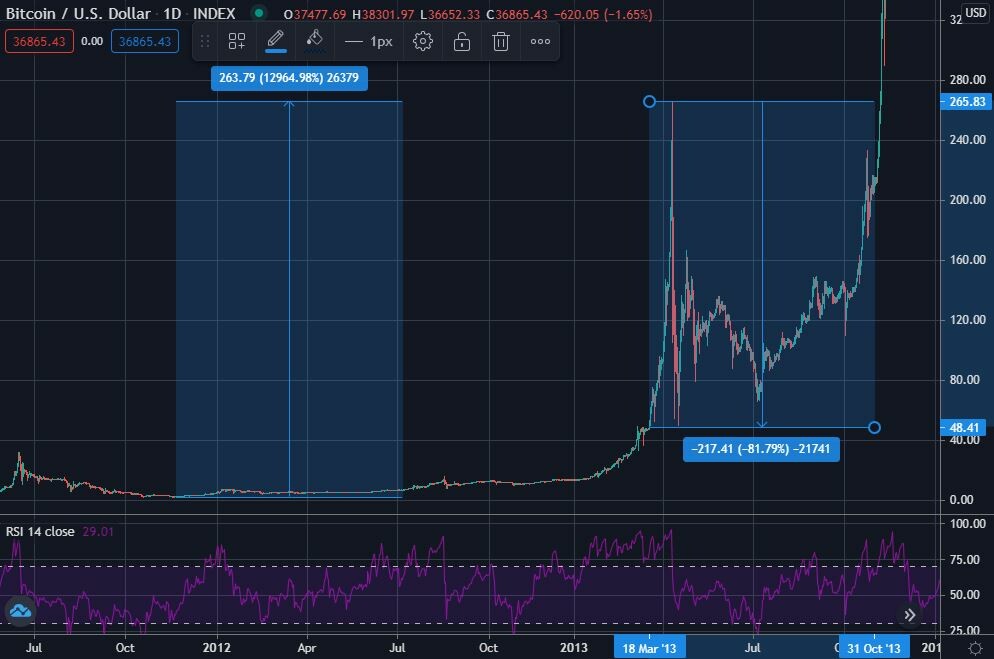 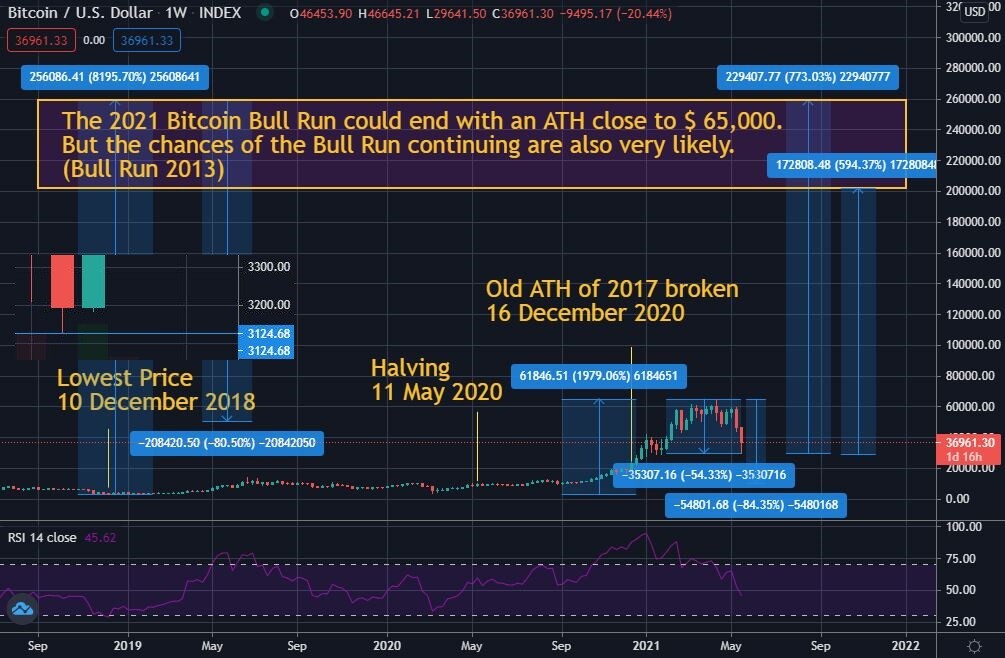 Taking into account the assumption that the Bull Run is not over and that it will be of type 2013, then we can estimate that Bitcoin will have to consolidate in a range as in 2013 before conquering new highs. In this case, it is not impossible that Altcoins can take advantage of this Bitcoin range.
There were few Altcoins in 2013 compared to now and so it is hard to know what Altcoins will do.

This is not investment advice. And the possibility that I'm wrong is also to be taken into account.
The crypto market is young, volatility is high, do your own research and measure the risks before making a decision.