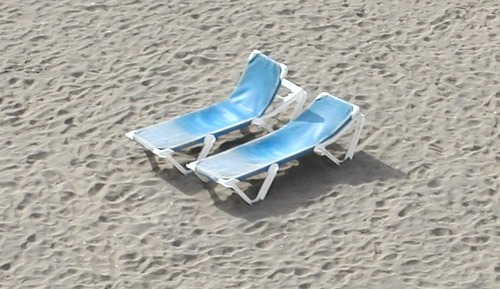 I sold our bed and bought cryptos instead for Christmas

Maybe this would be hard to believe, but actually I did.

As I am moving from one city to another, I try to go minimalist. Living with less but with better quality. If you want to sell your personal stuff in Mexico online or on the street market, the best season for it is in December.  People spend many like crazy at least here, so I am taking advantage of the Christmas season.

So I sold our bed.  And where do we sleep?

Luckily we had 2 beach chairs. So we put some blankets and memory foam on them. Is it uncomfortable?  Kind of. But we can deal with it. Our parents don’t understand it but we like our choice, we are convinced about it.

I still have another bed in other city, so I won’t be running out of my bed. It’s a temporary measure. When you move, I like the feeling to get rid of my old stuff because the energy has to circulate in the universe.

But I spotted this moment to get my new cryptos.  I told myself, now or never!

It’s Christmas time. Even if I am a Christmas grinch because I think that Christmas is the event which harms heavily our environment. I still don’t understand why people get into shopping panic when everything is usually pretty expensive before holidays. But I left my gringe mood and I decided to give us cryptos instead.

I got BAT, Dash  and Litecoin – I am not trying to convince absolutely anyone to do so because I am not a professional trader. That was my particular choice. And please don’t sell your parents’ beds without their permission because of your hunch on Bitcoin! I think they probably might not like it.

If I bought them at the end of June, they would have cost me around 500 USD. I thought, it was a good moment for it. Because now the whole crypto value is almost 60% OFF comparing it with its record highs.

How long will the bear market last?

But when the bear market finishes, it often gets into boring side way trend! Like the last year, it took Bitcoin around 3 months to get steam for its spectacular bull run.

What else do I want to do?

I want to buy Hydro or exchange other cryptos for it. I was observing Hydro. Hydro is in consolidation pattern, which may indicate an upcoming bull run. It’s been moving around between 0.0004 and 0.0005 USD for the last few weeks that starts to lower selling pressure and increase buying pressure on it.

Last time when I was observing the coins, I was detecting an opportunity on Presearch. In few days it increased up to 300% but then there was a pull back, but there is still good gain of 200%.

Is it good to exchange cryptos for other ones?

Sometimes you can lose money. If you feel you don’t want to continue losing anymore, perform stoploss and accept it. You cannot win always in every trade. There has been a great post on it by Ash Roulston written this week that I really recommend to all of you.

If you lose 2 or 5% don’t get into panic, it can be pretty normal. If you exchange one crypto for other, something that I won’t recommend to all of you is to exchange all of it for one single coin or token. I prefer to diversify, so far this strategy has worked out best for me. Some coins will be earning profits but some will go up.

It’s also important to be down to earth. Never trade  more than what you are willing to lose.

We have to be always careful not to become emotionally attached or suffer because of our trades.

Life is too short to suffer and we are supposed to enjoy it as much as we can in every single moment.

What will you give yourself for Christmas or to your family? Are any cryptos included on the list?