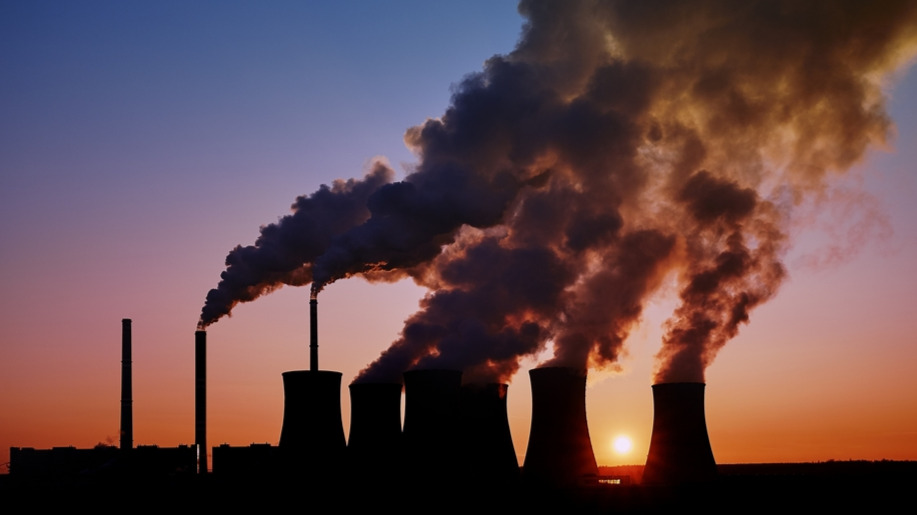 As much of the world knows that follows cryptocurrencies, yesterday evening Elon Musk sent out a statement on behalf of his company Tesla that the company will not be accepting Bitcoin as a form of payment anymore due to the environmental costs associated with Bitcoin.  Many were quick to attack Musk or dismiss this claim entirely.  To show how Bitcoin relates to the USD, a form of payment Musk and Tesla are willing to accept, this article will compare and contrast the two currencies to demonstrate either the justification of Musk accepting USD over Bitcoin or the outright hypocrisy of using climate impacts as the excuse to turn away Bitcoin.

Currently, after the immense expansion of the money supply by the US Government and the Federal Reserve since the onset of the global pandemic back in February of 2020, the money supply of US Dollars has increased to an estimated $37 trillion in circulation around the world today.  In comparison, Bitcoin is currently sitting at nearly 19 million bitcoins minted with the close-coming full release of the 21 million potential bitcoins that will ever exist.  The market cap of Bitcoin is currently estimated around $930 trillion USD after the sell-off triggered by Elon Musk's statement took Bitcoin below a $1 trillion USD market cap.  While circulating and organized in two entirely different ways, the environmental impact of both of these currencies can be analyzed and compared. 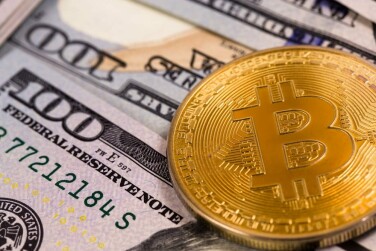 Comparison of Bitcoin and the USD

The costs of mining and running the Bitcoin network are associated with much of the impact in China, where the majority of Bitcoin mining takes place.  Due to China's reliance on fossil fuels, particularly coal, carbon emissions tend to be high for Bitcoin.  In 2018, researchers were able to estimate that Bitcoin mining uses approximately 17 million tonnes of carbon dioxide per year.  It is notable, however, that 99% of these carbon emissions were directly correlated with the running of Bitcoin mining equipment and not related to the overall production and recycling of Bitcoin.

This essentially means that, while the environmental impact associated with Bitcoin is higher, this is not an indefinite process that will continue on forever like the continuous printing and replacement of old physical dollar bills is.  Additionally, this higher cost is associated with the reliance of major nations on Earth, particularly China, on fossil fuels as the main means of energy retrieval.

As world governments and central banks continue to print fiat currency by the trillions, the environmental cost of managing all that money continues to increase year after year.  For USD to be printed and placed in circulation, more and more physical dollars will also need to be created.  This physical printing of money is extremely costly to upkeep.  The lifespan of varying bank notes provided by the US Government are shown in the graphic below: 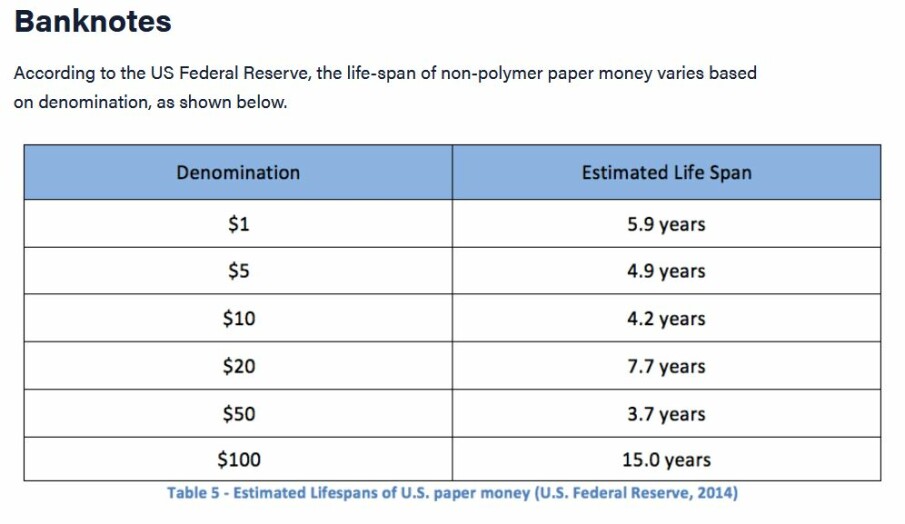 The continuous printing of replacement bills that fall out of circulation past their lifespan is an immense cost not associated with the long term management of Bitcoin.  Once all bitcoins have been mined and released into circulation, that is it.  It is done.  There will never be a need to mine for more and more bitcoins to replace the previous bitcoins that were mined.

Additionally, the cost associated with the actual printing of physical money can also be analyzed.  The environmental impact of printing money is broken down into the following data per Hass McCook via Coindesk (2014): 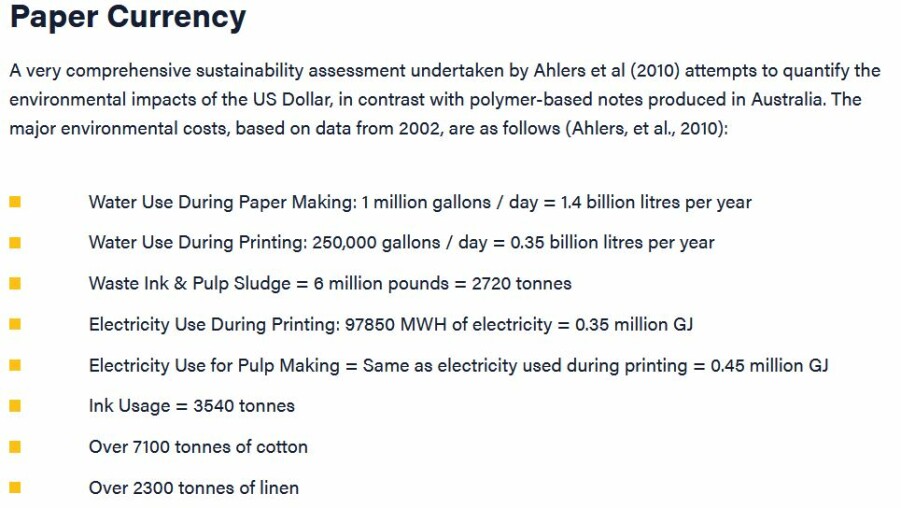 The previous chart can be broken down into distinct calculations of carbon emissions created for printing physical currency.  Through the production of 200 billion new bank notes, this would produce approximately 3.2 million tonnes of CO2, consume 10 billion liters of water annually, and consume over 18 million GJ of energy to complete this production.

The physical production of fiat currency has substantial measurable environmental impacts, but it does not stop there.  While Bitcoin is designed in a way to prevent network attacks, the stealing of funds, and other malicious activities, physical fiat currency does not have this luxury.  The USD is still subject to malicious activities and other socioeconomic impacts such as money laundering, seigniorage, corruption, transactional fraud, and more.  Institutional fraud is estimated to be the biggest yearly costs of fraud with approximately 5% of global revenues estimated to fall prey to this malicious practice.  The following graphic breaks down the costs associated with institutional fraud: 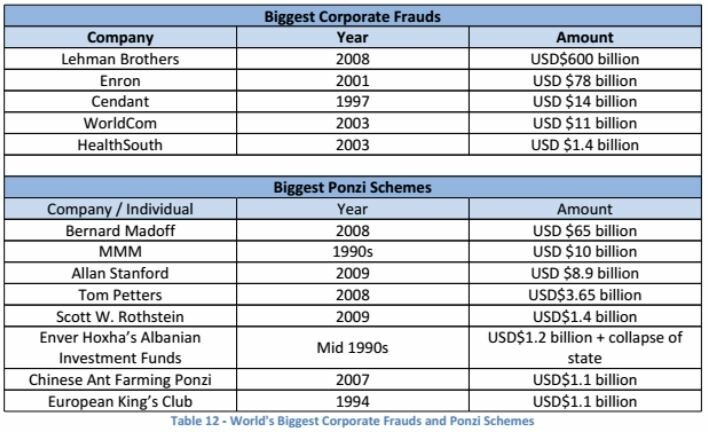 Outside of traditional methods of energy and resource consumption, it is also important to consider how the current US economic system is functioning.  Much of the US annual budget is spent of military spending to support the country's vast military holdings throughout the world, specifically in the Middle East.  The US economic machine relies nearly indefinitely on ongoing conflict.  This is due to the substantial investment and expected rate of return from the purchase of military equipment and war to in turn return funds and resources to the overall Military Industrial Complex.

This sector has been utilizing its annual resources to conduct war in the Middle East, notably with the invasion of Afghanistan and Iraq in 2003 following the events of September 11th, 2001.  This ongoing perpetual cost of war is strikingly devastating to the environment (and smaller nations for that matter).  Without the reliance on military spending to support the US economic machine, the US economy would suffer a large setback, showing the economic implications of supporting the USD.

It is pretty evident to me that just ripping on Bitcoin for having "high environmental costs" is a foolhardy attempt at de-legitimizing Bitcoin as a main tool of monetary exchange.  While the true intentions behind Elon Musk and Tesla for their recent split from Bitcoin is unknown currently, I do not believe it is due to the stated environmental concerns with Bitcoin.  An obvious counter argument can be made when looking at the environmental costs of maintaining fiat currencies like the USD.

The socioeconomic cost of maintaining the US economy is more devastating and detrimental to the planet and other nations than Bitcoin will ever be.  This alone is a good enough reason for Tesla to support Bitcoin over fiat currencies. Ironically, Tesla have been attempting to sell it's vehicles in China, which is obviously subject to higher environmental costs within that country.  The poor slump in sales in China for Tesla combined with the negative rhetoric being used towards China from both the Trump & Biden Administrations does raise some eyebrows about the intentions behind such a move from Tesla.  The potential interest in Elon for alternative options to Bitcoin that consumes less energy is enticing, but only time will tell what the underlying motivations for Elon making this move are. 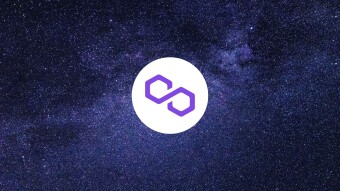