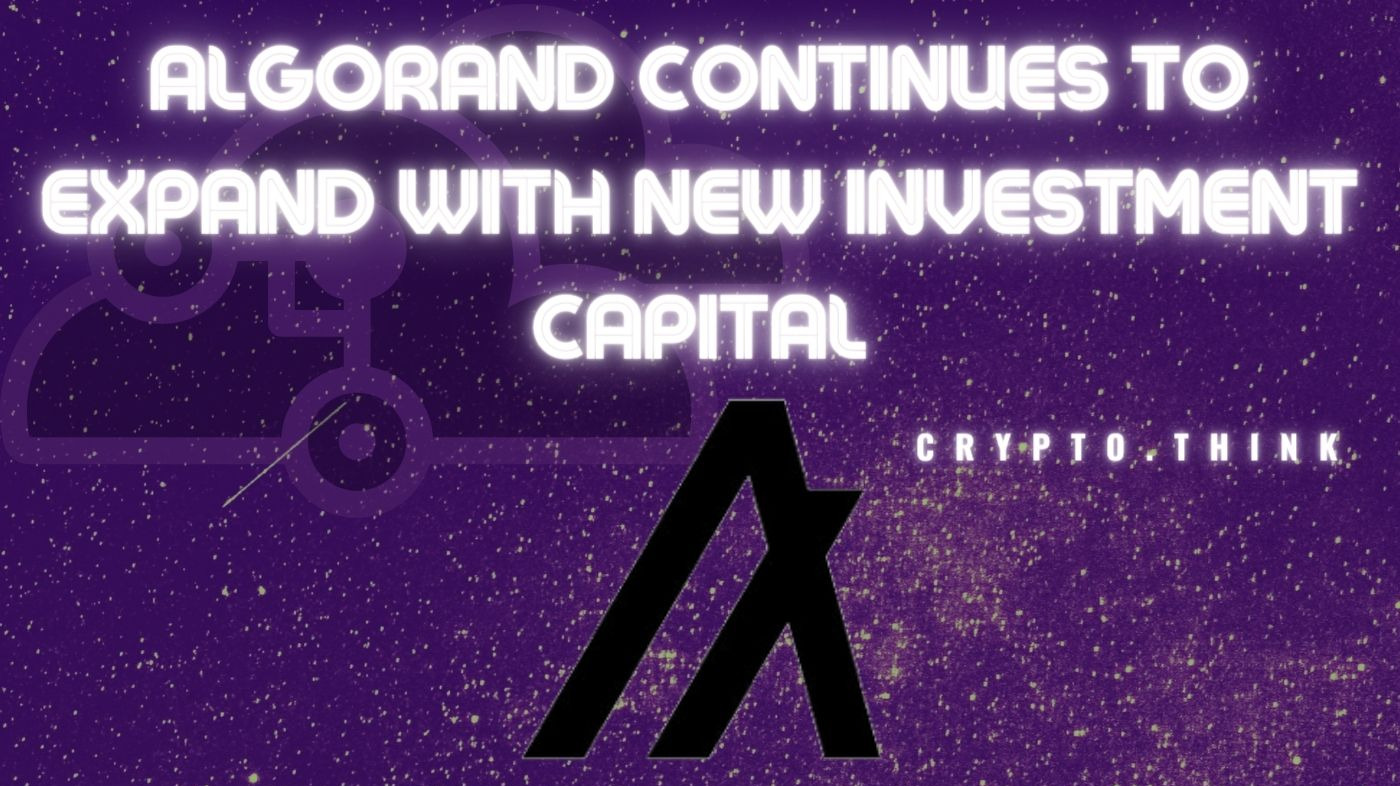 11 June 2021:  Algorand and the FutureFi movement continues to impress by attracting new investment capital to the network to fund the building of various dApps, protocols, and other projects.  In the most recent announcement, Arrington Capital has disclosed that they will be launching a fund of $100 million USD to power the development of projects being built on the Algorand blockchain.  The Arrington Algo Growth Fund (AAGF) will "focus on empowering projects building on Algorand & supporting ecosystem growth" per a Tweet from the Algorand main account.

With an already impressive year attracting numerous new projects, NFT markets, and more being built on the Algorand network, the recent announcements of new investment firms supporting the development of the Algorand ecosystem is providing the blockchain with the proper tools and resources to continue to expand while setting it up to be one  of the dominant players in the blockchain world.

Recent highlights showcasing the rising Algorand adoption by interested parties within blockchain include Exodus moving $800 million USD in healthcare payments to the Algorand network as well as the previous major announcement of the partnership with Borderless Capital for the funding of Miami-based blockchain development start ups.  These developments have already provided Algorand with a major boost to investor confidence and overall outlook as the calendar continues to tick into June 2021.  Arrington Capital's $100 million USD growth fund will further cement the longevity and attractiveness of projects wishing to build on one of the most prominent blockchain networks currently in DeFi.

A recent quote from Michael Arrington, a partner in Arrington Capital, provides insight into the mindset that the firm took when deciding to invest in Algorand:

A breakdown of the recent major developments for expansion of the Algorand ecosystem can be seen in the following list below:

Since Algorand fell to nearly 0.75 per ALGO off the all time highs during the May 19 correction, it has since rode the growing bullish sentiment and plethora of positive investing news to a massive rally that has taken ALGO back over the $1 USD mark.  Algorand has been expanding its potential ecosystem ten fold through the attraction of new capital, the announcement of numerous new start up applications including new tokens, dApps, NFT markets, and more, as well as through the partnership with Miami-based start ups as the City of Miami continues to solidify itself as a leading city in the developing blockchain world.

Visible in the chart below is the recent price channel of Algorand since the May correction.  ALGO is currently approaching resistance at the 200 day moving average trend line seen in blue.  Expecting a bounce off this level before continuing on is likely, but not guaranteed.  A breakthrough of this level and a successful retest will turn this 4 hour level into support, increasing the bullish outlook for ALGO: 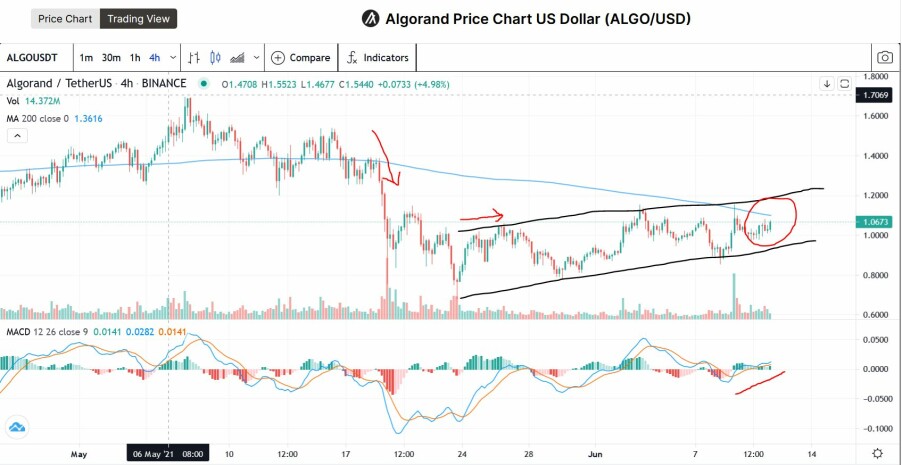 Despite massive market volatility in recent weeks, Algorand has managed to hold a relatively steady upward price channel.  Algorand has been helped along considerably by the recent major bullish announcements of new developments, but also by the impressive marketing campaign that has been conducted by Algorand itself as well as by the community.  Algorand has continued to stay on top of the developing community and overall cryptocurrency market by actively posting and marketing new developments happening on the Algorand network, ensuring that these steps forward for the network are not going unnoticed.

The Algorand network continues to impress more and more each day.  With the numerous amounts of new announcements for building on Algorand to the overall metrics of the network, Algorand has established itself as one of the most robust blockchain networks out there to date.  Algorand is outperforming competitors in terms of network speed, scalability, reliability, and actual utility as new investors enter the ecosystem each day.  With major capital investments from Borderless Capital and now Arrington Capital, Algorand has secured avenues of funding for new projects to continue to be developed on Algorand, helping to establish the network for the future of decentralized financial applications.

This is not financial advice.  Please conduct your own due diligence and market research before choosing to invest in anything, including Algorand (ALGO)