60% of Bitcoin Hodlers ready to die with their BTC 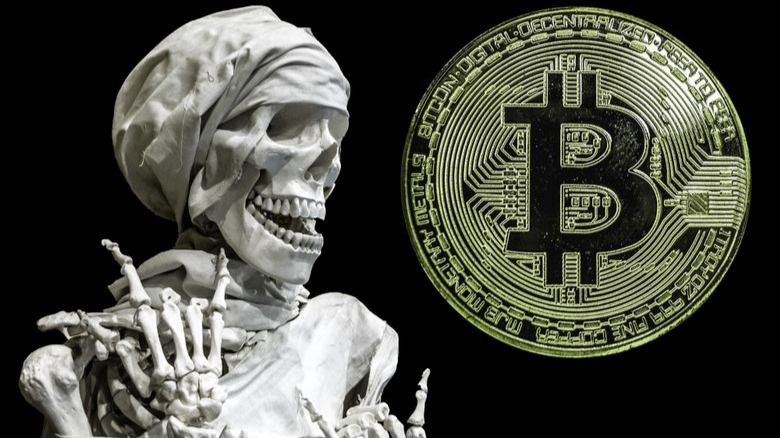 60% of Bitcoin Hodlers ready to die with their BTC

If Bitcoin's price did not cross the psychological barrier of $ 10,000, nearly 60% of Hodlers would be ready to die with their BTC, according to a public poll conducted on Twitter.

Peter Schiff is a character very well known in the cryptosphere. He is renowned for his lyrical anti-Bitcoin flightsand continues to promote the superiority of gold , an ultimate safe haven in his eyes.

LastHe wished to make a full-scale test of the resilience of the Bitcoin community , in an ironic tweet, addressing the Bitcoin Hodlers : 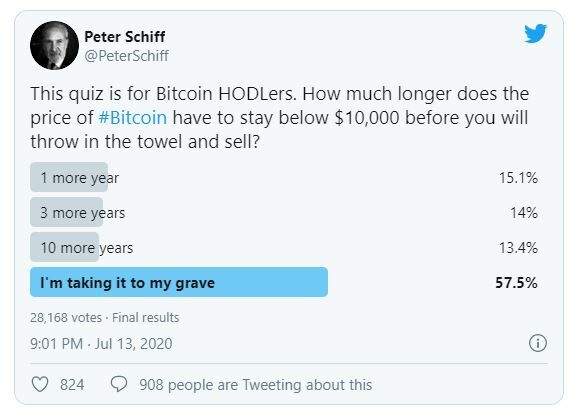 Although the conclusions of this survey are to be taken with humor and hindsight, it still attracted 28,168 participants with clear results. 57% of Bitcoin holders would be ready to die with their tokens if they remained below the $ 10,000 mark. The proportion of respondents ready to sell is 15.1% in one year, 14% in three years and 13.4% in 10 years.

Despite the fun nature of this survey , the results prove how much Bitcoin is more than an asset , but the object of a belief , which seems to be strengthening over time. The community remains convinced that Bitcoin is bound to evolve further and that it is clearly undervalued in the current economic context .