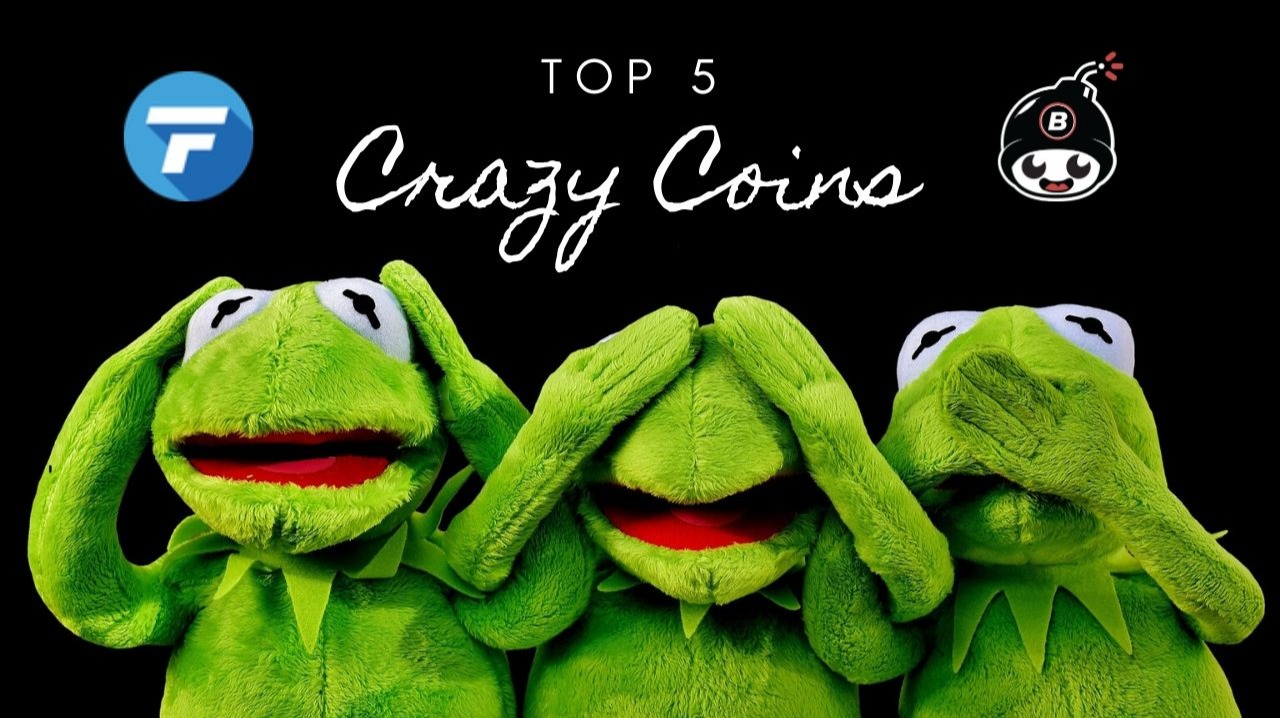 The Internet is crazy and so is blockchain. A lot of crazy coins are floating around in crypto space. If you are crazy enough you can invest your hard-earned ether in these TOP 5 Crazy Coins to have some, I don`t know, fun?

No. 5 The Hyper-Inflation Token (Vitalik2X)

This crazy cryptocurrency is an ERC20 token that runs on the Ethereum blockchain. The contract of the coin can be viewed here on etherscan. This token was a kind of a joke. Since a lot of fraudsters on Twitter and Youtube keep trying to pretend to be Vitalik Buterin to cheat people with the scam "Send me an ether and I'll send you back two ether". Vitalik Buterin for some time described himself on Twitter as "Vitalik Non-giver of Ether." This self-designation inspired the makers of the Vitalik2X token, who started a countermovement. They founded the Vitalik2X token, which has an interesting aspect: It doubles every time it is sent to a smart contract called "Vitalik Giver of Ether tokens". Say: You send one Vitalik2X and get back in return two. You send one hundred Vitalik2X and get back in return two hundred. So everyone can quickly increase their tokens with little effort.

The total supply of the token was initially only one token and has now, as was to be expected, clearly inflated.

Unfortunately, the token had never really gained momentum and the price has now understandably dropped to zero dollars. Well, it`s not really surprising since the token was advertised with the slogan:

"This is a hyperinflation coin and you will lose your money."

No. 4 The Hyper Deflation Token "BOMB"

The makers of the BOMB token, who call themselves the creators of "The World's First Self-Destructing Currency", take a completely different approach. The contract of the token can be viewed here on etherscan.

The project sees itself as a kind of social experiment that started with 1,000,000 bomb tokens. Each time a bomb token is transacted, 1% of the tokens sent are destroyed. As a result, the supply of this cryptocurrency will decrease over time.

Only 982,377 bomb tokens are currently in circulation, which corresponds to the destruction of 1.7% of the starting quantity. 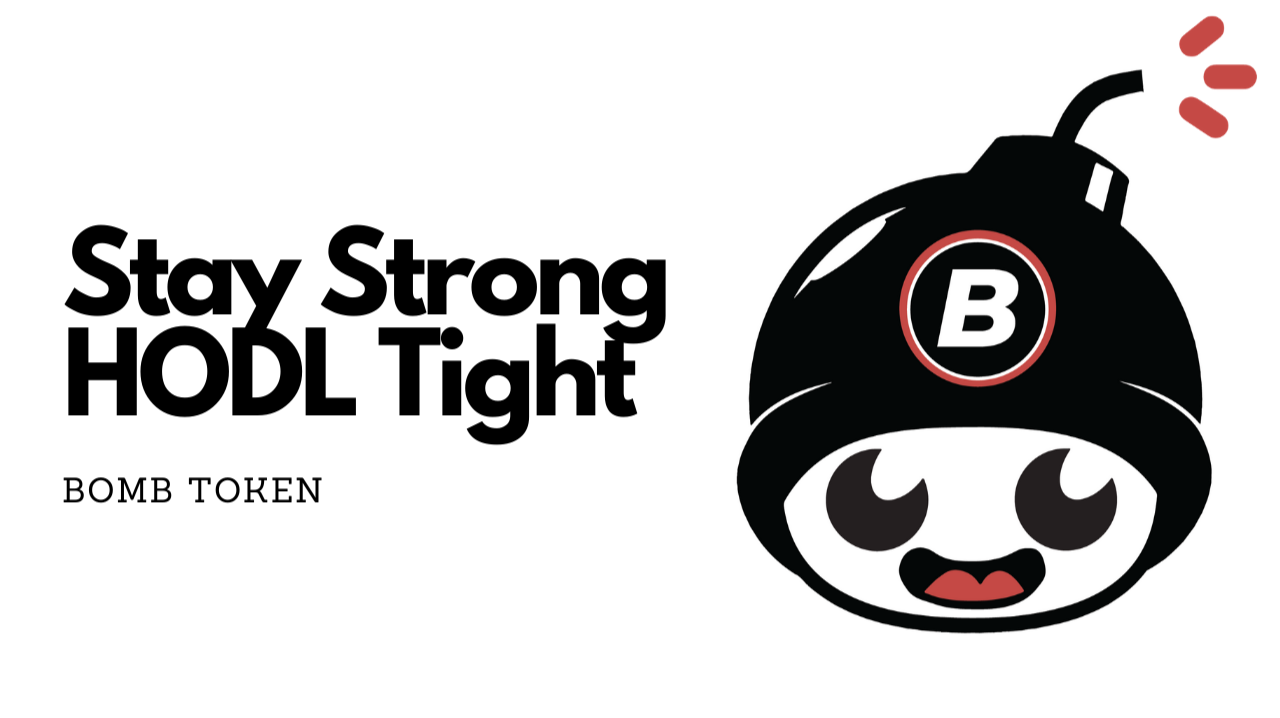 The BOMB token seems to be far more successful than the Vitalik2X token, after all, you can find it on Coingecko and it has also increased in value since it was created. You can also trade the BOMB token on exchanges, which is more likely not to be particularly advisable. 🤓

There are a lot of useless tokens in crypto space like that F`ìng Useless Token (FUT), I told you about in my TOP 5 Shitcoin Post. You can check out FUT here on etherscan. Only four addresses are holding FUT with only five transfers in total. The last transfer was in my wallet and I am proud to HODL 100,000 FUT in my Shitcoin Wallet. 😎

Well, as I already mentioned there are a lot of useless tokens in crypto space. The most famous is the Useless Ethereum Token (UET). I put UET on rank number three of this TOP 5 post as a representative for all the other useless tokens out there.

"You're going to give some random person on the internet money, and they're going to take it and go buy stuff with it. Probably electronics, to be honest. Maybe even a big-screen television. Seriously, don't buy these tokens."

The cool thing about UET is that these guys are 100% honest with you: "You're literally giving your money to someone on the internet and getting completely useless tokens in return. There are no “whitepapers,” no “products,” and no “experts.” It's just you, me, your hard-earned Ether, and my shopping list." Sounds fair, right?

Useless Ethereum Token`s price today is $0.0025. It has a circulating supply of ZERO coins and a max supply of 3.97 Million coins. But hey, UET has a nice CoinGecko widget that I can insert in my post!

You can receive it, you HODL it and you can send it. That`s basically all you can do with it, nothing more.

So please, don`t ask me where you can buy this UET, or I will sell you some of my beloved FUT instead! 😝

Sounds like we are living in amazing times, but let`s be honest, it`s crazy.

Of course, there is also a FUCK Token in crypto space. FUCK Token is also called the Finally Usable Crypto Karma. FUCK is a social cryptocurrency that strives to help everyone around the world give a FUCK. FUCK Tokens are intended for tips on social media platforms like Reddit, Twitter, Twitch, and Discord.

“FUCK Token is a social cryptocurrency that aims to help everyone around the world give a FUCK”.

By the way, there are exactly 101 FUCKs in a wallet believed to be owned by Ethereum co-founder Vitalik Buterin.

FUCK token is my personal number one of all crazy coins because I strongly believe that we all should more often give a FUCK on social media.

Giving a FUCK could also be a perfect way to introduce some newbies to cryptocurrencies.

I would also love to tip you guys a FUCK here on Publish0x from time to time!

Thank you guys for reading, liking, following, tipping  and giving a FUCK 👍