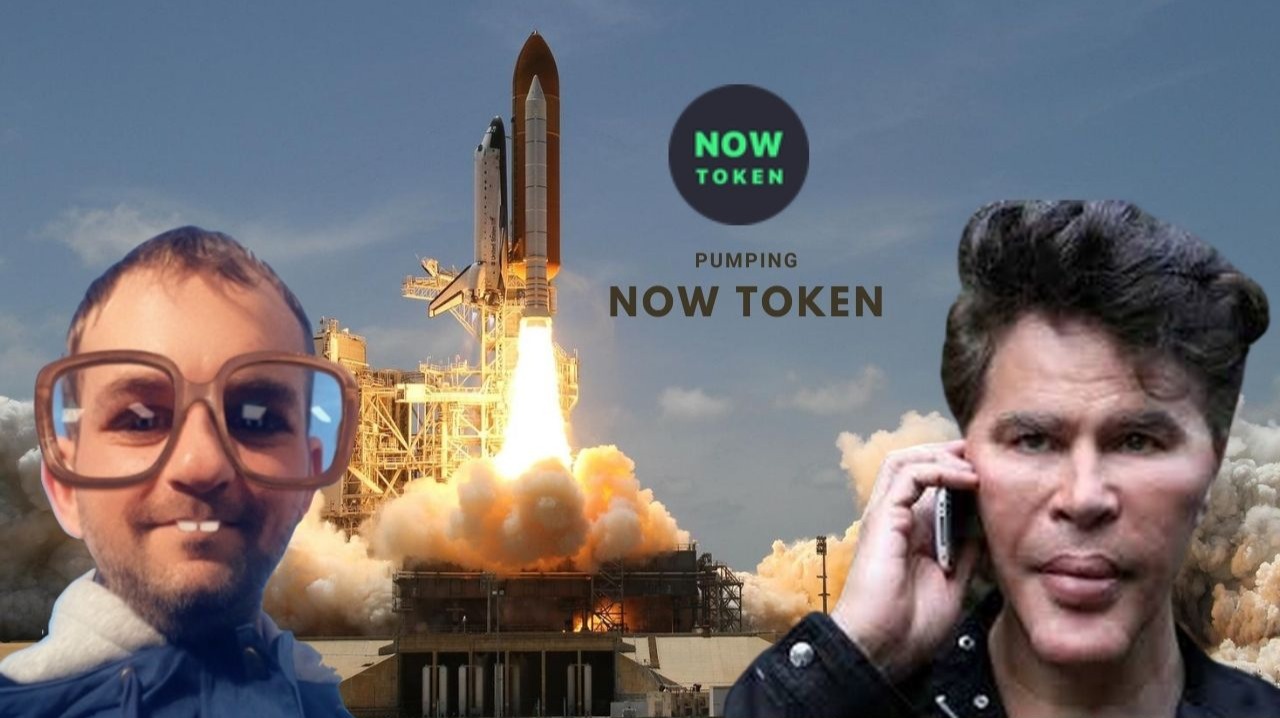 NOW token is the native cryptocurrency of NOW products (ChangeNOW, NOWpayments, and NOWnodes) and the first crypto ever that was issued by an instant crypto exchange, issued in May 2018.

Let`s start with the token metrics first before having a closer look at NOW token trading, and NOW token use-cases.

You can easily swap your ERC20 tokens to BEP2 tokens and back with ChangeNOW.

It is not possible to buy NOW tokens by using ChangeNOW right now but this may change in the future. Currently, you can buy and sell your NOW tokens on two different exchanges.

The NOW token use-cases are giving more and more benefits to users of the NOW ecosystem.

The first use-case introduced for NOW token was voting for new asset listings on ChangeNOW.

NOW tokens are also used for bounties and airdrops. I recommend following ChangeNOW`s official channels to stay up to date on ongoing NOW token bounties.

At the moment there are no NOW token bonuses for new sign-ups and invited friends. Such a program could also be implemented in the ChangeNOW Premium Lounge.

The most popular and the most important use-case of any token is probably staking. 😎

Yesterday was a big day for NOW token as ChangeNOW announced NOW token staking. The price of NOW token immediately started pumping after that announcement, around 125% within the past 24 hours!

If you start staking NOW token right now, you will be among the first ones benefiting from staking. In the beginning, staking rewards are pretty high but once every 1.5 million NOW Tokens get distributed as rewards, the staking reward will be cut by 50%.

NOW Staking only works with the tokens issued on Binance Chain, the so-called NOW-BEP2 tokens. If you have NOW-ERC20, you can easily swap your NOW-ERC20 tokens to NOW-BEP2 tokens 1:1 with ChangeNOW.

To start NOW Staking, you need to freeze a certain amount of tokens into the network. The freezing transaction can be sent from the NOW Staking website and it will cost a small transaction fee of 0.005 BNB.

The minimum amount that you can stake is only 1 NOW. The maximum amount for which you can get staking rewards is 100,000 NOW. This means that if you stake more, you will only be rewarded for 100,000 NOW. 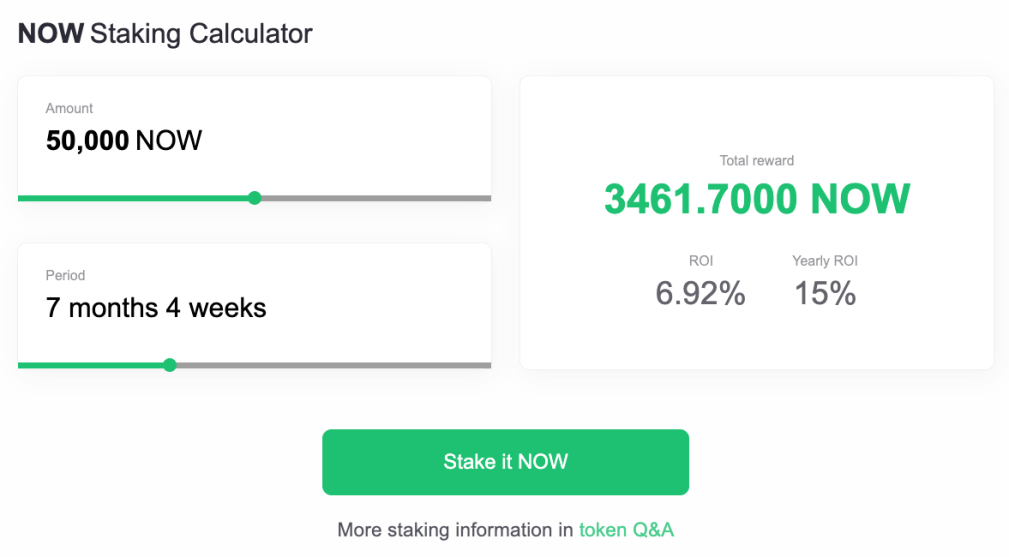 A big benefit of staking NOW tokens is that you can unfreeze your NOW tokens at any time, which means there is no unbound period and you can move them any time you want.

Go to the NOW Staking Calculator and click the green “Stake it NOW” button. Right now you will be offered two different staking tools: BEPTools and Guarda Wallet. Now follow the provided instructions for each staking method. I recommend giving Guarda Wallet a try if you are not using it already.

The price development of NOW token is simply incredible and I believe that NOW Token still has some potential to unlock in the upcoming months.

The rise of NOW token is based on the substantial growth of the NOW ecosystem. Today, NOW token is a very profitable staking coin and I believe that we can expect even more in the future with a growing userbase and more NOW token use cases.

I hope that I could provide you with some valuable information about NOW token from ChangeNOW.

Finally, thank you guys as always for reading, liking, following, and tipping 👍

You may also like: TOP 5 Staking Wallets To Grow Your Assets 2020 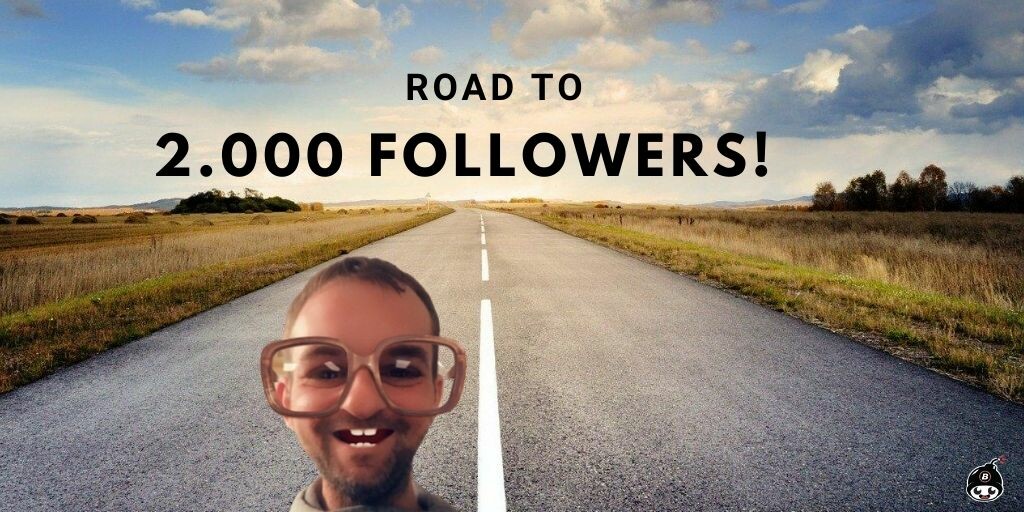