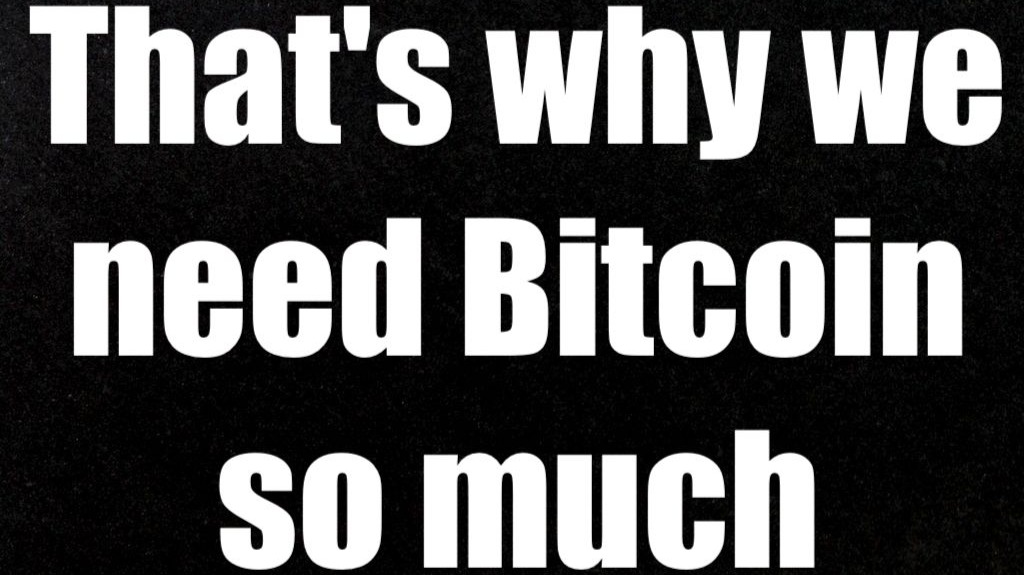 US-Iranian tensions: That's why we need bitcoin so much

In the last few days everyone has been busy analyzing the way in which the geopolitical tensions between the US and Iran have affected the trend of the bitcoin price, however there is an aspect in this story that no one has dealt with and that is, in my opinion, even more relevant because it shows why the world needs so much bitcoin.

In spite of myself, and I think it is appropriate to say it right away, someone may not agree with the assumptions, but I hope that he will still be able to share the conclusions of this article.

Let's start by saying that the killing of General Soleimani represents in itself an act of war and is outside international law because this act took place without even a declaration of war upstream; International law prohibits this type of behavior that caused the US to automatically step out of international law with its attack at the start of the year.

Such behavior, by any other country, would have been a reason for just reprimand by the international community and, normally, would have been punishable; Some may think, it is very common, that the reason why the US is not subject to sanctions, despite systematically contravening international law, is attributable to its status as a military power, but this is not the case at all.

Russia is also a military power, Turkey is, yet both countries are under sanctions; how do you explain it?
The reason why the US is not subject to international sanctions is that it is they who control the SWIFT international payment platform.

To put the USA under sanctions, therefore, one would have to control SWIFT, but since SWIFT is controlled by the USA, it is substantially impossible to sanction them economically.

The network has already discussed in the past on the need for an alternative payment platform to SWIFT that allows to avoid the risk of retaliation, counter-sanctions or even blocking of the transactions themselves by Washington.

Let's go back to today's situation, those who follow international politics will be aware of the tensions in Iraq that are generating enormous protests, especially among the youngest, aimed at obtaining the withdrawal of all foreign troops from the country; the Iraqi parliament has already voted on a motion calling for the withdrawal of US troops from the country, however we must not believe that these protests are remotely controlled by the Iranians, the motto most frequently articulated by the square is in fact "neither in the US nor in Iran".

The Iraqis, therefore, ask substantially to return masters of their destiny and that foreign powers finally leave them free to choose their own path; the foreign powers, however, led by the USA, are not of the same opinion.
It is yesterday's news that:

The US therefore has Iraq in its hands precisely because if Iraq does not do what the Americans want it will end up being cut off from international trade, which would bring any country to its knees but which is even more dangerous for a country like Iraq already bent over a decade of war and tension.

What we see on the international geopolitical chessboard in this first glimpse of 2020, therefore, shows us how American power is not so much, or in any case not only, military but it is mainly economic; this power does not derive from the fact that the USA is one of the richest countries in the world but derives from the fact that the USA controls the main platform for international payments, SWIFT in fact.

Now, the mistake that is commonly made is to believe that it is enough to uncouple the train of the world economy from the US dollar to bring all this within the limits of normalcy; this is not so, of course, because simply changing the reference currency or the platform for managing international payments does not solve the problem, it just moves it.

If tomorrow, which is anything but unlikely, the dollar would lose its hegemony, for example, for the benefit of the Chinese renminbi the only thing we would conclude would be to find China in the role that is now of the USA; in short, to put it simply, a slave remains a slave regardless of the fact that the master changes and, of course, changing his master can change his living conditions (both for better and for worse) but he still remains a slave.

All this shows us why bitcoin is so important for humanity and why we should all actively engage in supporting its mass adoption; if bitcoin replaced the US dollar as the reference currency on world markets, no one would have total control over the international payment platform and would be the end of all blackmail, intimidation and sanctions.

The same thing obviously applies nationally, not only internationally; nothing easier, just to give an example, for a dictatorial regime than to suppress dissent by blocking the bank accounts of the dissidents.

Just think, in this regard, of how the US tried to kill Wikileaks in the bud precisely by blocking payment circuits and thus preventing donations; and who saved Julian Assange from defeat just when such defeat seemed inevitable now? Bitcoin! If Wikileaks still exists today, we owe it to Satoshi Nakamoto, who in the meantime had invented bitcoins, allowing Assange to continue to collect donations despite the blockade desired by the USA.

We must therefore understand, to conclude, that the hegemony of a country worldwide is something absolutely deleterious, which favors approaches worthy of the mafia method, that is based on the systematic use of intimidation and, above all, we must understand that moving from hegemony US to that of another country does not solve the problem.