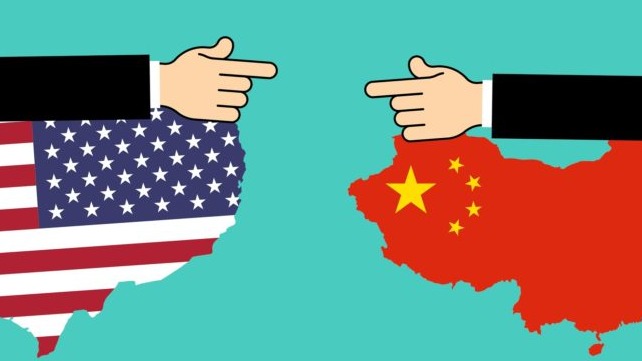 In recent weeks we are witnessing a radical reversal in China's approach to Bitcoin; after hastily backtracking on mining, which went from being a company to be suppressed to the status of strategic industry for the country, today the Xinhua News Agency, run by the Chinese government itself, has published a report that defines bitcoins as the first successful application of blockchain technology. The article represents in a certain sense an epochal passage because it is the first time that the Chinese government, albeit through a press agency, deviates heavily from the western narrative on bitcoin and recognizes its quality and virtue; as many observers are remarking recently, and as we at ValuteVirtuali have been writing for months (well before it became fashionable), there is a geopolitical axis that aims to release the world economy from the American dollar, an axis that , historically, it revolves around Russia, Iran and China and that currently seems to have understood that the only instrument that can be shown today capable of achieving such an objective is precisely bitcoin. From here, therefore, derives the U-turn on cryptocurrencies desired by the Chinese government, hence the will of the Russians to open up to the crypto market and the choice of Iran to reduce the pressure on mining activities in the country through a law that, while denying state incentives on the cost of electricity (as it is rightly the case) it has not banned nor defined mining as illegal. After the public intervention of Xi Jinping, in which the Chinese president declared that the blockchain technology is considered by the central government for the future growth of the country, some timid statements had arrived that invited the population not to exchange openness to this new technology for a generic support to the cryptocurrency industry, however the report published by Xinhua unquestionably shows that the government's position towards bitcoin has been considerably lightened. Wishing all this could be traced back to commercial tensions with the US and I would not exclude therefore that the Chinese are using bitcoin as a weapon in the commercial war wanted by Trump; even the United States, in fact, is aware that the only tool capable of undermining the hegemony of the dollar on global markets is precisely bitcoin, a possible customs clearance by the BTC Chinese would only favor this trend, so it is possible that recent opening statements are part of China's strategy to put pressure on the US. All this confirms another thing that here on ValuteVirtuali we have been supporting for some time, and that is that the real disruptive impact of bitcoin is not so much on the economic financial system as on the international geopolitical balance.