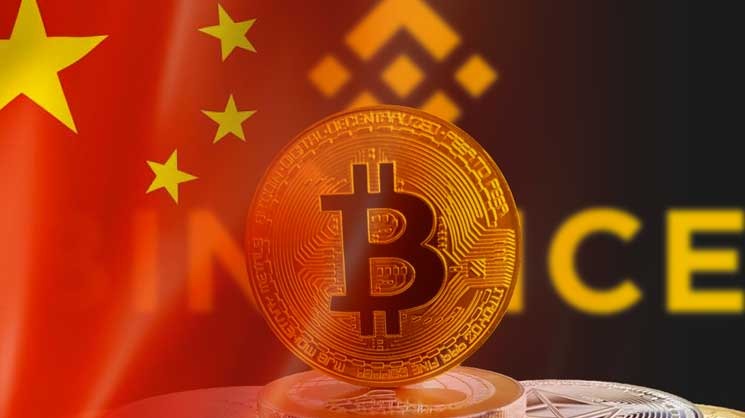 Chaos in China for the closure of cryptocurrency exchanges, what is happening?

Yesterday, rumors began to circulate about the alleged Chinese police raid in the Binance offices in Shanghai; the first to report it was The Block, which cited anonymous sources, the news was then relaunched by cointelegraph and other industry sites. The local police reportedly closed the exchange platform offices, so that Binance employees would continue their work outside the corporate offices; the reason for the closure would be an alleged crackdown by the Chinese authorities against cryptocurrency trading activities. This item has been around for some time, but to date it does not appear that the large Chinese trading platforms have suffered any suspension of their activity; immediately many accounts and the same sites in the sector put this news in relation with the collapse of bitcoin prices that took place just yesterday and just as this rumor was spreading. While Binance had initially refused to comment on the incident, today the first official denials arrived, which are quite clear and sincerely ridicule those who spread the news; a spokesman for the exchange, in fact, declared that in reality the exchange has no office in Shanghai, so it is not clear how the Chinese police could have raided it, let alone what it closed, certainly not offices that Binance does not have never opened.

The same spokesperson, then, invites those who deal with information on cryptocurrencies to verify the truthfulness of what is reported by their sources before spreading false news; meanwhile, fortunately, the situation has been clarified just today. The crackdown has actually begun, but not indiscriminately towards all the trading platforms that operate in China but only towards those that do it illegally. The authorities of Shenzhen (one of the Chinese and world capitals of the blockchain industry), declared that they had identified about forty exchanges that operate illegally, as reported by the local newspaper Sanyan Finance. A vast operation is currently underway involving the Chinese central bank, the local economic investigation office and the Shenzhen municipal administration to curb illegal activities. All the big Chinese exchanges have meanwhile denied having any problem with the authorities, in fact the denial of the binance, in fact, have followed those of Bithumb and Huobi; Changpeng Zhang (CEO of binance) himself spoke on the matter praising the authorities and stating that:

"This is actually a very positive thing to do, clean up the industry from scams and scammers"

On this issue, @DoveyWan (which I advise you to follow) has also intervened via twitter, which I personally consider to be one of the best sources for keeping informed about what is happening in China; the Wan has indeed reported that the objectives in the police operation are, most likely, ponzi scams connected to the world of cryptocurrencies, which are widespread in Shenzhen and that are objectively becoming a problem.