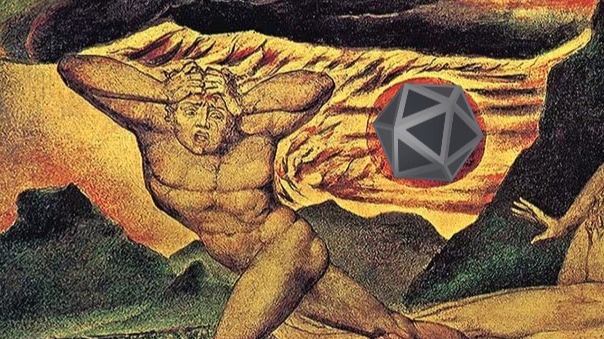 "One repays a teacher badly if one always remains nothing but a pupil." - Friedrich Nietzsche

Cryptocurrency and the stock market has predominately been overtaking media platforms as of recently ever since the emergence and re-emergence of Bitcoin. The original idea of using a decentralized platform of computers from across the world (nodes) perform on a public ledger to store information using the technology of blockchain was completely groundbreaking. It resolved many issues of centralized platforms attempting to keep information and data safe, and Bitcoin did this via allocating the stored information not on a single node, but instead many nodes, spread throughout the world--this is what it means to be decentralized, and is the reasoning behind this being a benefit--in a successful attempt to have a clear and error-free ledger that does not have the faults and risk of storing information on a single platform (ie. banks). With the commencement of Bitcoin, many new cryptocurrency platforms have been developing in an attempt to create a truly new program that is even more efficient, reliable, and trustful. With this introduction stated, many investors have been pursuing cryptocurrencies in an attempt to make insane amounts of money and they are hoping to find the next new platform that is founded on original ideas.

"Whoever controls the courts, control the state" - Aristotle (quote as referenced on their whitepaper)

Kleros "...is an open source online dispute resolution protocol which uses blockchain and crowdsourcing to fairly adjudicate disputes." It uses blockchain simultaneously with game theory to resolve disputes (via arbitrating smart contracts) between Party A and Party B in a way that is reliable through a staking mechanism that does not fundamentally rely on CPU components but rather morals, yes... morals! Those with Kleros tokens can choose to join various courts and participate in a democratic judicial system, these users are now referred to as Jurors. These jurors are chosen randomly to participate in cases that belong to a specific court that they have predetermined. Courts vary from marketing services, video production, curation (social media) to even language courts. Once a juror joins a court with their staked tokens, the juror will join cases that need a resolution. It is up to the jurors in that case to conclude the dispute. Disputes are concluded based on a majority vote. Kleros in a nutshell offers decentralized justice!

Kleros has even been compared to the likes of Ebay, Modria, and HM Courts & Tribunals Service. A decentralized network for disputes

Here is an example:

Party A and Party B have a dispute and a mutual agreement is taken place that they would like to use the Kleros platform to resolve the dispute. Disputes/cases may vary from intellectual property, insurance, finance, small claims, freelancing, token listing, etc.

Kleros users--now jurors--review the claims and the evidence (provided by the parties) to resolve the dispute. Once the dispute is solved, the party that has the majority vote is the victor of the case.

How is it reliable? This is where game theory kicks in. Users who have a say in the disputes (referred to as Jurors) are incentivized to vote appropriately. Disputes are resolved with majority votes, those that vote in the minority lose PNK, while those that vote in the majority gain back their PNK with an added bonus of  ETH. That means you are rewarded for voting genuinely.

(Where does this come from? These bonuses gained by voting in the majority are collected from the arbitration fees from the parties that agree to use Kleros for argument disputes)

But what if you believe a case was dealt unaccordingly? What if you have a differing opinion..? In cases where you believe the outcome is wrong (very unlikely to happen due to most people being in the majority), then you can request a retrial, in which case you may gain back your PNK and get that bonus of ETH that is owed to you.

With Kleros, you have a say in cases that you have expertise in (the court you most likely chose), while simultaneously gaining money and making a difference in society through your democratic votes. It is an altruistic based platform that rewards you for helping others! Kleros' CEO: Federico Ast, an Argentinian that graduated from various universities such as Universidad de Buenos Aires, Universidad Argentina de la empresa, ESADE business school, and IAE business school majoring in various subjects such as public speaking, negotiation management, journalism, exponential technologies, economics and philosophy--you read that right, economics and philosophy--and who later went on to build Kleros. He hosts his own blog in his native Spanish tongue on topics such as cryptocurrency, law, and artificial intelligence. "I graduated in economics and philosophy and spent my early career working in startups and online media. For my Ph.D., I did research on deliberative democracy and collective decision making. As a doctorate student, I pioneered the concept of Crowdjury, the use of collective intelligence to transform justice systems."

Kleros' CTO: Clément Lesaege. He is a computer scientist that has a passion for smart contracts, he graduated from the Georgia Institute of Technology with a Master's Degree in computer science and machine learning with a 4.0 GPA and also graduated from Université de Technologie de Compiègne (UTC) with an engineering degree in computer science: data mining and decision systems with a 3.9 GPA. He's also had experience in internships as a research intern, engineering intern in relation to maths, and a technical assistant intern. Kleros has even gotten the likes of Vitalik Buterin, the founder of Ethereum! Kleros is a platform that offers decentralized justice with rewards for all participants. Parties that use the Kleros platform have their disputes closed, and Jurors who come to a majority conclusion on a case are awarded with money for their time and effort.  All of this takes place on a decentralized platform that is open-sourced for all too see, redistribute, and modify. It has been founded by two people who have a genuine passion for cryptocurrency, computer technology, economy and philosophy (as do I). I am very excited to see what Kleros has in store for us, and when Kleros will become mainstream for all the people that are just now following the stock market or cryptocurrency.  I will leave you with a roadmap of their progression and their future aspirations as well with some images of their relationships with other parties, and their interactions. The Developmental Roadmap of Kleros

"Not only in the world of commerce but also in the world of ideas our age has arranged a regular clearance-sale. Everything may be had at such absurdly low prices that very soon the question will arise whether any one cares to bid." - Kierkegaard

Highly recommended to check out their one-pager here.

For avid readers, check out their 300 page Kleros book!

Philosophy, poetry, and art enthusiast that ended up getting lost...

A compilation of all posts published by publish0x user cryptodenier.