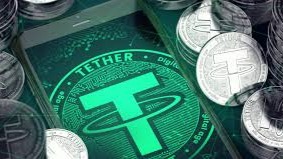 Now About 12% of tether available in tron blockchain