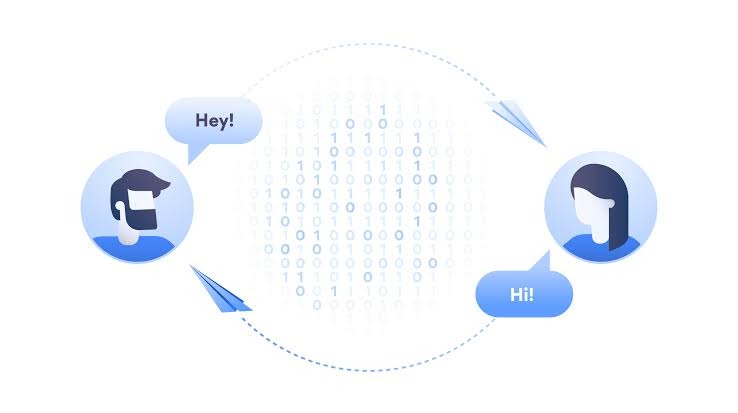 End to End encryption : What and why is it so popular?

Major tech companies such as Google (Alo) , Whatsapp, Viber, Wechat uses this technology in their product for securing the data transferred by the users

Suppose I send a message to one of my friend "What's up"? using end to end encryption that text will be encrypted as Binary numbers like (010010)

For any normal human being its not possible to read whats written in that code.

But for any normal person its not possible to read what's in that code or decode it into its orginal form.

How does end to end encryption works?

End to end encryption is a simple still complex to understand in language of codes and numbers.

Suppose, Mitch wants to say "Hello" to Lauren in private. Lauren has both the private and public key as Mitch send her message first.

At first Mitch use Lauren's public key to encryt the message. Then the message (Hello) turns into a coded text called ciphertext - Mix of numbers and characters

Mitch sends his message over a public server on the internet. In the way the plain message travels over multiple servers including Internet service provider (ISP)

As Lauren has the private key only she can read the text. If lauren replys back to mitch the same process will repeat for mitch too

1) Keeps data safe and secure: End to end encryption means only few parties has access to read the text (readable).

2)Its keep your data private: Suppose you have deleted your data from your account still it will be stored on the server but don't worry as no one can read them