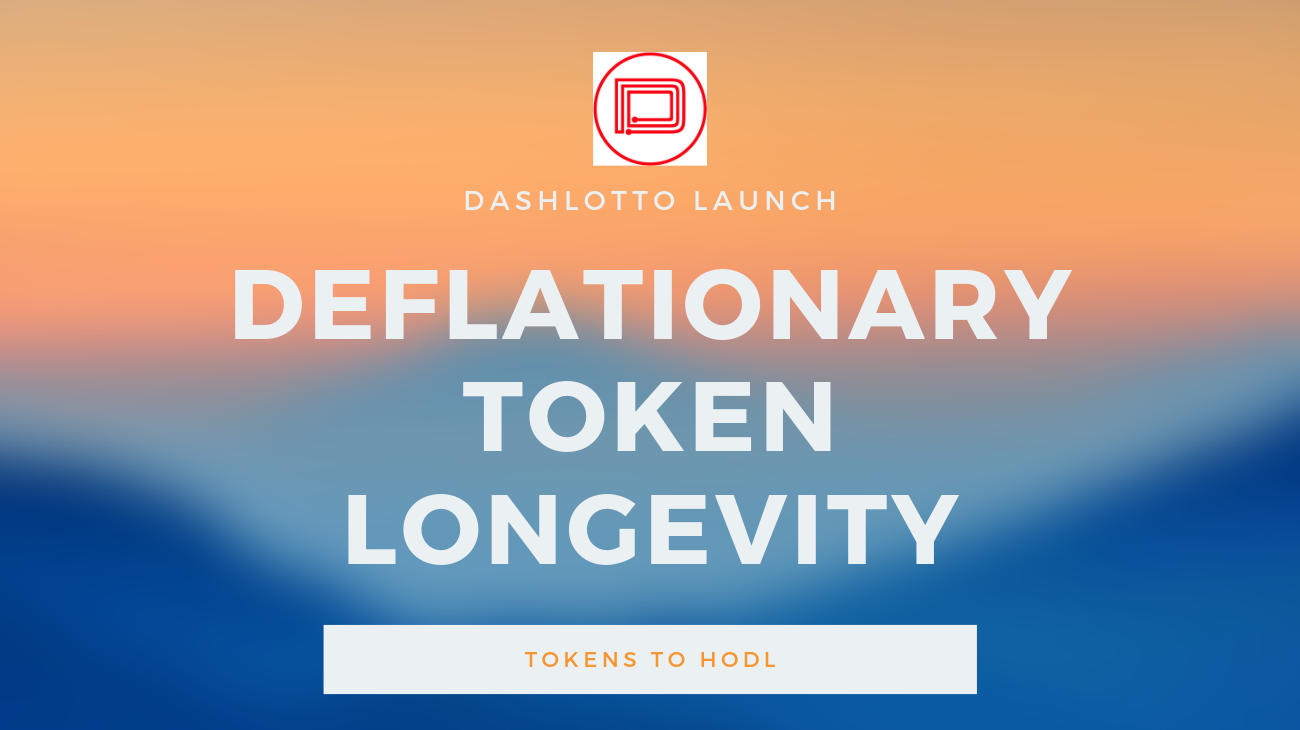 So much of the cryptocurrency ecosystem is inundated with derivative projects that are borrowing heavily from each other’s source code, built upon the foundation of refashioned ideas. It's rare that a crypto project will bring something new and innovative to the table. When I do find something that truly offers a remarkable use case or utility then I direct a great deal of attention towards that project. Five months ago, I discovered TronDash.com and in the ensuing months I have saved countless hours of time clicking from dApp to dApp to manage my Divs.

For those who are not aware, dApps are "decentralized applications" and they often payout "Divs," which are dividends that pay based on the size or activity of a smart contract. For years, you had to click over to a dApp, log-in with your TronLink, and then find out how many Tron or whatever TRC-20 token they had assigned to the project would be awarded to you for making use of their platform.

TronDash eliminated this tedious and repetitive task and made it extremely useful, especially in the case of some dApps that required you to pull out your div earnings daily or they would be forfeited. There was no one else in the Tron ecosystem that had a centralized means of putting together the most active dApp numbers and integrating the ability to pull the API from all of these smart contracts in one place. Not only that but being able to interact with all of these smart contracts so easily by clicking which ones you wanted to withdraw from or reinvest into was awe-inspiring.

So starting about a month ago, I saw the platform starting to build upon their history of innovation and introduced some new features. A lot of people have been exploring the deflationary token model across the Tron and Ethereum ecosystems, but they were largely done haphazardly. At a 2% burn and 21MM set mintage, TronDash begin doing daily airdrops for platform activity and to early adopters of different deflationary token projects. Since then, they've emerged as a model for platforms that are seeking to adopt the deflationary token as a sustainable alternative to the masternode, to reign-in the excessive tokens minted, which inevitably avalanche exchanges and crash a coin. This was the first platform to assign a deflationary token to an active project utility.

Then last month they introduced TronBank, which now has well over 500,000 DASH staked by users who are committed to the project and feel bullish enough that they're willing to stake their DASH in anticipation of FOMO and DASH price appreciation. 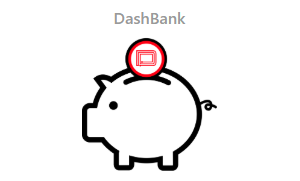 So what just launched today, and what I feel to be the final piece of the puzzle and the pilot light that will be igniting this project's DASH token, is DashLotto. It's a provably fair lottery that has a two-tiered jackpot structure. 1000 DASH are awarded daily at random to any number of tickets bought during that 24-hour period. At 10 TRX per ticket, it could mean an exceptionally inexpensive way to stock-up on DASH. But the real kicker is the second tier in the TRX jackpot. While you're building your chances to win that 1000 DASH, you also have the possibility of instantly winning a progressive jackpot of TRX. The odds are fixed based on the last four digits of the Tron blockchain transaction hash, which is a hexagonal number, hence the 1/65,535 (16*16*16*16) odds. 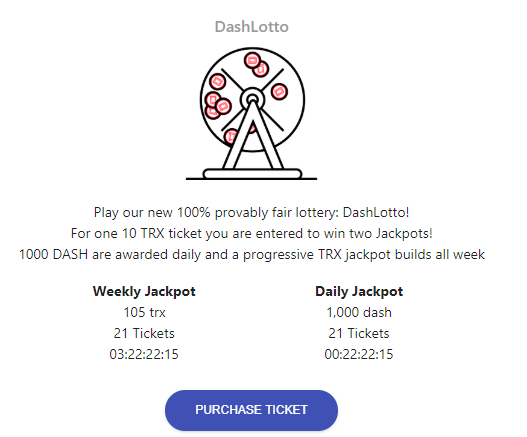 This is enormously exciting to see a lottery system that not only can be verified, but if you're a DASH holder, it's even more intriguing. 15% of the jackpot is going to buybacks. If the jackpot gets hit at 50,000 TRX then 7,500 TRX will go to the order book. That doesn't sound like too considerable an amount but there are presently 3114 holders of DASH with only a few dozen having active limit orders, so it will easily consume most all "ask" orders, provide a deep liquidity for those who may need to cash out, and proceed to accelerate the price by building a deep moat of buy orders at more favorable prices each time a jackpot is hit.

Many crypto projects get caught up in their collective visions of grandeur and don't spend the necessary time to consider the economics of their coin price. By having a built-in mechanism to provide upward pressure from TRX buybacks, DASH will have solidified itself as having the bedrock that so many projects lack.

Offering a less formal but no less thoughtful take on the day's crypto news!