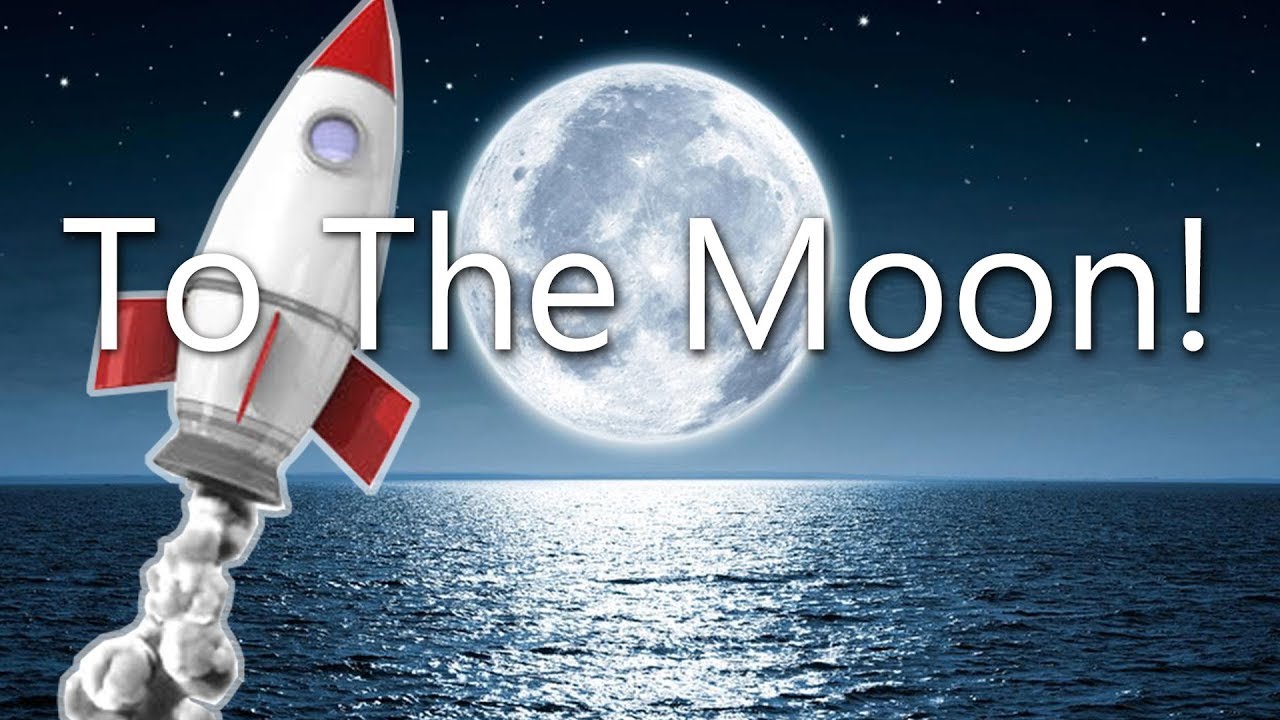 Judging if a project has the potential to ‘Moon’ is a very difficult task. There are so many factors that contribute toward the success (and failure) of a project that there is no simple answer to decide where is best to put your hard-earned cash!

Perhaps we should give a little definition of “moon” in this context. In this article, I will consider the chance to “moon” as the potential for the project to be able to increase by a SIGNIFICANT amount (100%+) and not simply a hypothetical scenario of reaching the “moon” when we are all millionaires - that day will never come :p.

There are a certain set of checks (some of which I will discuss below) that you can conduct on a potential investment that does indeed help to filter out all the bad apples amongst the bunch. However, once these checks all come back clean, the ultimate barometer to see if a coin has a high chance to moon is by looking at the charts. If a project is already sitting close to its ATH prices - it has a lower chance to “moon” than if the project has been in a downtrend.

Let us start with certain checks that I always do when looking for a project.

The first thing I like to assess is if I actually like the entire concept of the project. If it is something that I have a moral objection to (such as gambling) I will always choose to keep away - even if I have the chance to make a great return.

The concept of the project is probably the most paramount criteria as the concept is what drives the project forward in a certain direction.

The next thing I look at is the use-case. If the coin has a specific use-case then it is a great opportunity. However, if the cryptocurrency project claims to have a use-case that is very broad (such as payments or governance) then it is already in a sea of powerful competition that is already very far along their development curve.

As an example, Binance Coin has a GREAT use-case in offering discounts on the top exchange in the world. BNB will ALWAYS have a use-case regardless as to whether the market is bullish or bearish. This will lead to BNB constantly growing over a longer period of time.

The developers and team is the next thing to dig into. Do the developers have the necessary experience to actually pull off what they are attempting? Does the overall team have experience in managing other large companies?

If the team has no experience in managing large projects, they are destined to fail due to the lack of experience. When shit hits the fan, they will have no experience to draw from and will likely make not the best decisions.

The last initial check is looking at the roadmap. Does the team actually have a vision here or is it just implementing tech from other projects? Do they have a clear distinct vision of where they would like to head toward or just a few points on the roadmap just to be able to put it up?

After going through all these checks it is then time to take a look at the charts. When I look for potential projects that may moon, I look for 2 things; Stability and Current Price.

If the market has been dropping like a stone, with no potential areas of support in-sight, I will tend to keep away from it. Although it is a great opportunity to buy (providing that I agree with all the checks above), the fact that it has continuously been falling shows signs of instability. Furthermore, we have no way of telling how much further it will travel as there is no support in sight.

PivX is a great example of a coin I would keep away from. Although it has great fundamentals and a great concept with solid developers, the project has recently penetrated beneath the 2019 low with no further support in sight. 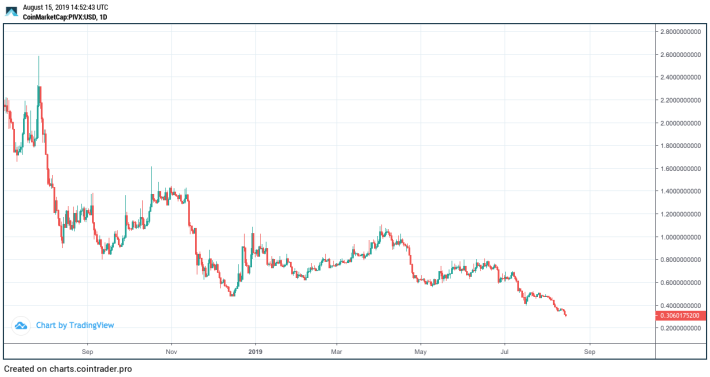 For the simple fact that there is no support to be seen, I would keep clear of this project right now. There is no sign of stability whatsoever.

However, if the current price of a project is trading close to support (and I agree with all the checks above) it turns into an opportunity to invest. A great example of this is currently being seen in Ethereum. The following chart was created by u/DeliciousPayday; 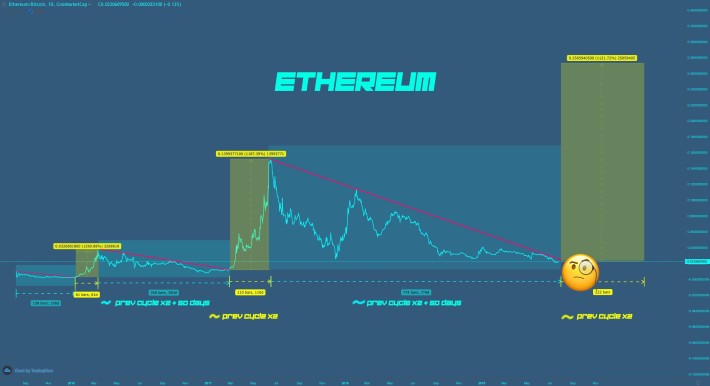 This is a great example of a project showing signs of stability in which the current price is at a good location to be able to invest. The market is looking to break above a very long term descending trend line which (according to the chart) should mark the beginning of a move higher toward the Moon.

Another example of a project that has a great current price with the potential to moon is IOTA. 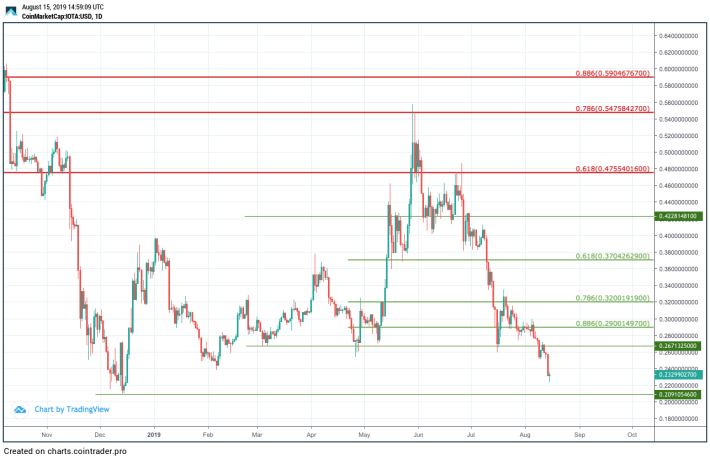 Even though IOTA has been dropping aggressively, we can see that the market is approaching great support provided by the December 2018 low - at which level a reversal had occurred. This provides a great opportunity at provided support that has shown previous stability in the past.

AS you can see, there is no concrete way to tell if a coin has the potential to “moon”. But generally, if you like the concept and believe the team can pull it off this will ensure the initial checks. Next, you have to find markets that have shown some signs of stability. If it has been dropping and creating fresh ATLs, keep away. However, if there is some support on the horizon and the team is still working hard - this will certainly increase the chances of this coin mooning.