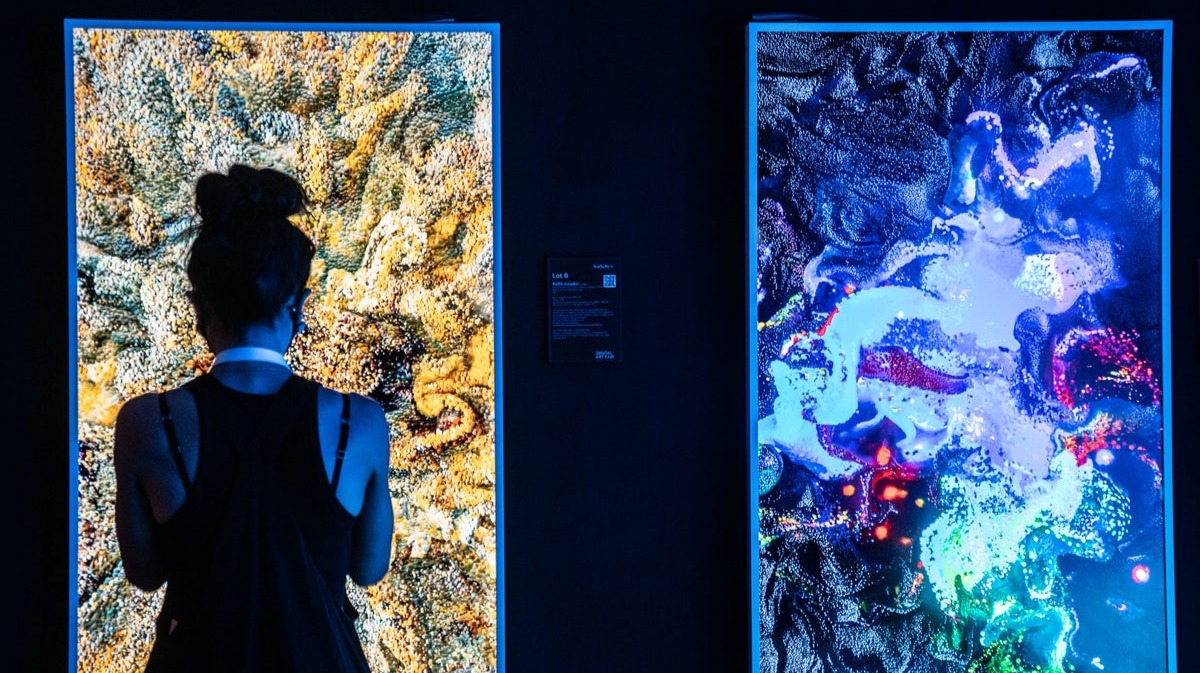 I think my ah-ha moment with NFTs came when I realized that they weren't just one thing. After I dug a little behind the splashy headlines, I started to see a world of potential.

After a number of months observing from the outside, following thought leaders on Twitter and swimming through Discords, my conviction on the space and possibilities kept expanding.

The NFT and web3 space is moving so fast, that the rules are being written and revised every day. If you meet someone who claims to be a web3 or NFT expert, be wary. Nothing is set in stone. Projects are set in the blockchain. But there are layers of nuance, utility and future plans that are constantly shifting. And all signs are pointing towards big things ahead. That's why you see OpenSea shattering their single month sales records. It's an accumulation of ah-ha moments, and realizing that while we are "still early," right now is the best time yet to fully commit to the space. 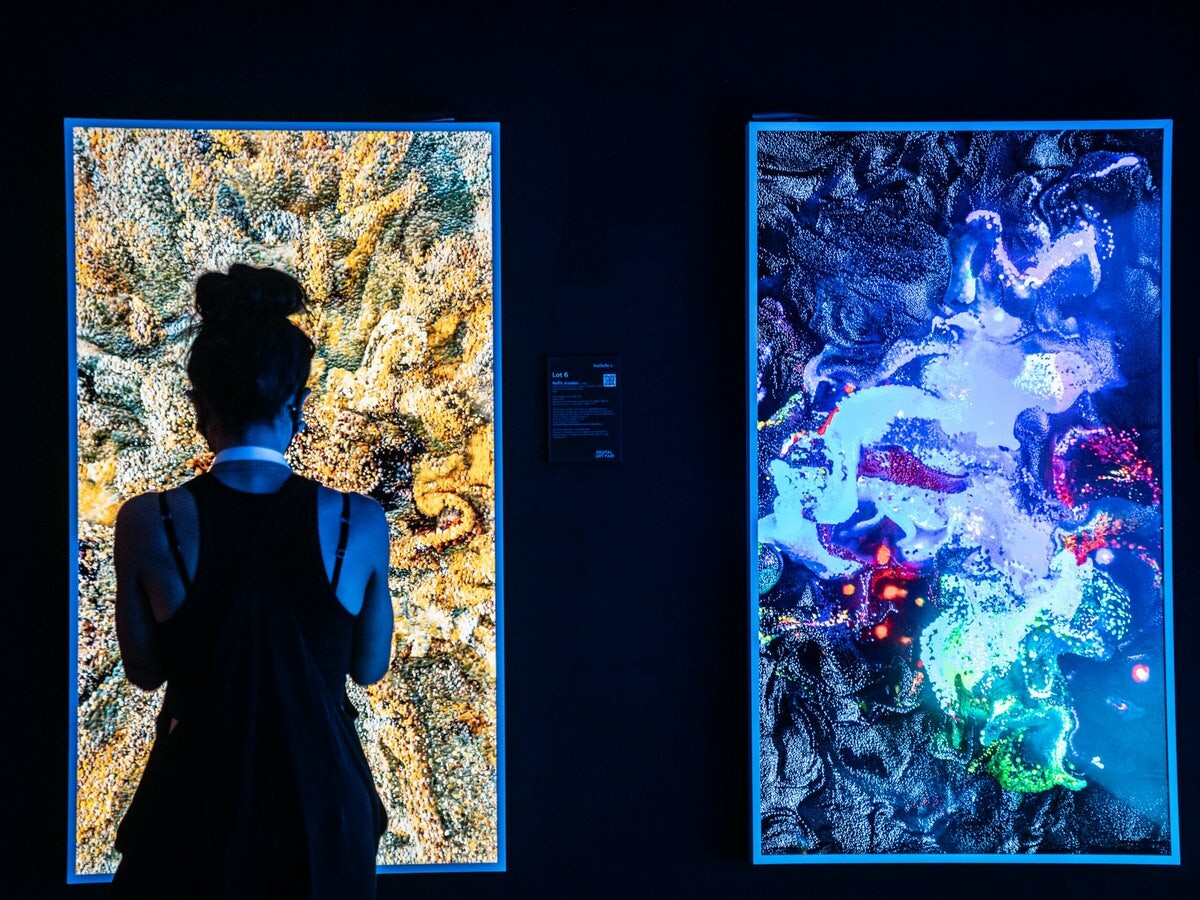 Afterall, diving into NFT ownership is the only real way to understand what's going on. You can understand the basic academic theory from afar, but until you are a holder, and see the unique risks and benefits of the space, there are levels of understanding you won't get. I'm still early in my journey, but after dipping my toes in, the realizations are starting to accumulate and my excitement for the space is snowballing.

Trends come and go. Fads have their season. But NFTs have now had an entire year (at least) of being fully exposed and scrutinized in the spotlight. They've been memed and mocked and over-simplified. Popular culture still doesn't know what to do with them. And the creators deep in the space are just getting started.

What the hell is "digital ownership" anyway?

Well, you can think of it in a lot of different ways. You can see ownership in a transactional way, like "I own a basketball card of Kobe Bryant." And yes, you can think about some NFTs as kind of one-off digital items or collectibles. But I think the ownership we're dealing with here is much broader and potentially mind-blowing than that.

I see digital ownership as a mix of identity plus being a shareholder plus being an insider plus getting fast-tracked for future dividends or bonuses. When you own something on the blockchain, it's public. The issuers of that NFT can see that you are still holding. And they can decide to reward you for continuing to have faith in the project. This is the antithesis of what quick flippers and pyramid scheme artists are out to do when they're looking for a quick score. NFT holders belong in their own class. A class with daily expanding benefits. Card carrying members of the future, who are expecting big things down the road, and who are seeing the fruits of their conviction being rewarded in airdrops, merch, whitelisting and sometimes whole new rare NFTs with their own tail of benefits.

That's a messy definition. It's fluid because the best practices are still being hammered out. When something works in the space, you see it copy and pasted around other projects. The baseline expectations are constantly rising. We're no longer talking about buying and selling JPEGs. The stakes are rising.

This period in NFT history is when we are seeing the early signs of what makes a "blue chip" project. Cryptopunks have broken out. Bored Apes. VeeFriends. Each of these projects have reached a certain level of status, utility and access that have propped up their perceived value. While 99 percent of the projects will fall in on themselves, just as with ambitious startups, the one percent class is starting to emerge. Therefor it makes sense to hedge your approach into the space by investing in some tried and true projects, and some that simply resonate with you. Maybe it's the art. Maybe it's your belief in the creators. NFTs are a risky space, so if you have a little extra to spend, it's not a bad thing to lean into that risk and see what the perks of digital ownership might mean across different projects. Afterall, even in the losses, you learn something and hone your instincts around what makes a project promising.

I don't know where this rant is heading, but I've found it useful to record my thinking as I explore the space more. It's useful to have a record of thought that I can go back on and see what still holds up, and what I have moved on from or evolved my thoughts around. I do the same thing with traditional companies. Evaluating which ones I believe have a promising runway ahead of them, and which are simply out of business models and levers to pull.

NFT projects are like mini-companies. They start very small in scale, but as we have seen, they can experience explosive, overnight growth, that then leads to new opportunities and partnerships. Like how the Bored Apes ended up forming an alliance with Adidas. And RTFKT was quickly bought out by Nike. This is the mixing of the old and the new. And in web3, the distinction between the two is completely blurred. If you have the audience with the right conviction, you can make it in the space.

That's enough for now, but I'll be back again soon to drop my high level thoughts on the ever-evolving NFT space. Maybe it's helpful for someone else out there to see. Maybe not. At this point, I just need to get down in black and white my gut reactions to everything that is going on. Hopefully you found something a little useful in the rant. Until next time.

Commentary and opinions on the latest developments in crypto, blockchain and NFTs. With a focus on culture, art, fashion and metaverse projects.