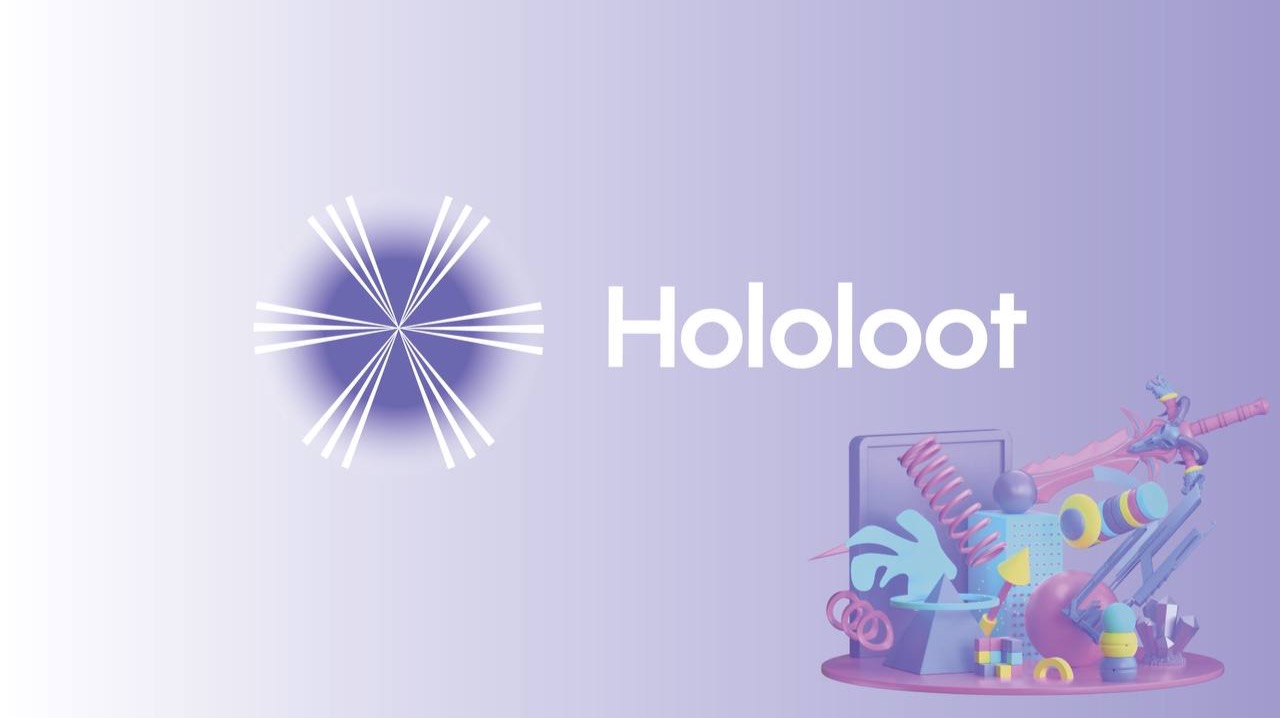 Augmented Reality (AR) attempts to improve the physical world by using digital components. The idea of enhancing reality with visual tricks is an aspect that has quickly caught the attention of developers. Snapchat, TikTok, and Instagram make use of face filters, which represent a typical example of AR.

Looking at blockchain, all crypto enthusiasts are familiar with the success of the Metaverse and NFT technologies in 2021. Expecting a continuation in the trend for 2022, many teams are exploring new possibilities in the industry.

This review will analyze the key features of Hololoot, one of the projects aiming to achieve success in the sector. We will start by looking at Hololoot’s ecosystem and tokens. Furthermore, we will mention the team’s plans in terms of future developments.

Hololoot's mission is to use a proprietary AR tech stack to bring the metaverse's 3D assets into reality. The team wants to give creators a technology providing a simple and efficient no-code environment.

Through this platform, users will be able to create AR NFTs quickly and easily. Specifically, here is a list of features that the team anticipates introducing:

In terms of business model, the team expects to collect revenue in four ways:

The following subsections will provide more details about the project, covering interesting information for the reader.

The AR NFT viewer probably represents the core of Hololoot's ecosystem. Thanks to this tool, the team promises users can quickly add, see, and change AR objects in the real world. Hololoot's app is light enough to run on almost any modern smartphone or tablet.

The app uses technologies such as ARkit, AR Foundation, and glTF files, which are popular names in this field. It is worth mentioning that depth cameras and LIDAR can make high-precision scans of rooms and objects.

Hololoot AR uses the Light Estimation technology to make environment probes in real-time from rooms in the real world. The system collects temperature and brightness information to correct the final 3D models.

The combination of these technologies has the potential of bringing a seamless AR experience to the user. The team will enhance the journey of the user by connecting the system with the latest-generation AR glasses.

The project will deal with four categories of AR NFTs:

Hololoot enables users to generate AR assets and minting them into NFTs, allowing everyone to customize their experience on the platform.

Hololoot's AR NFT Generator uses modern cloud storage technology and targets B2C and B2B customers. This part of the project features dashboards and functionalities that the team designed for both of these realities.

The Hololoot AR NFT Generator relies on a machine learning mechanism coupled with Azure Cloud and other technologies. While the portal will have a centralized dimension initially, the team wishes to introduce decentralization in the future.

The project’s founders promise that the feature is easy to use, possibly cutting businesses costs.

The team sees the launch of a whole AR Metaverse system as a long-term goal. The founders anticipate the AR Metaverse to bring an enhanced possibility for user interaction.

Furthermore, the system will come with a reward mechanism based on the two tokens of the project. Hololoot hopes to reach as many people as possible with this feature, eliminating the current obstacles to mass adoption.

Hololoot’s Metaverse will feature, among other things, AR games, ads, airdrops, and art.

Hololoot's AR NFT Marketplace will let users buy and sell AR NFTs. The team promises to be the first project launching an entirely self-service P2P marketplace for these NFTs.

Users will be able to find the NFTs uploaded by the community in the marketplace. Furthermore, Hololoot will release NFT collections or let partners do it on the portal.

Renting NFTs is another important feature that collectors can exploit on Hololoot. To keep NFTs safe, collectors can wrap them and loan them to a different wallet. After a certain amount of time, renters can have NFTs automatically burned and collect the returns.

The NFT rental area, powered by $HOL and $PIXEL, will allow collectors to make money when they don’t use them.

Initial NFT offerings (or INOs) are a popular concept in the blockchain world. New AR NFT projects can use this mechanism to build hype on the initiative.

Hololoot will have a tiered ticketing mechanism to give everyone a fair shot to join an INO. The system will evaluate each user's number of native tokens ($PIXEL) when distributing the tickets. In other words, more tokens give higher chances to join the INO.

The Tokens of the Project

Hololoot’s design features two connected (yet functionally different) tokens. The following subsections provide more information on each of them.

$HOL is the primary token on Hololoot. It has the following utility:

Holopixel ($PIXEL) is the reward token inside Hololoot, and it will be an essential part of the upcoming NFT rental platform. It has an unlimited supply, and, as previously mentioned, users can stake $HOL to obtain it.

In terms of utility, $PIXEL will be helpful in Hololoot's INO launchpad: collectors will need it to get into different tiers and obtain special drops.

The team has recently launched a beta testing phase of its app. The operation represents a good occasion for users to earn rewards and prizes. There are different ways to obtain 500 $PIXEL, such as:

Furthermore, the team will distribute a 1000 $HOL reward for the funniest video created by a tester and the most creative one. On top of that, of course, the incentive to join the mechanism comes from the idea of testing out new technology and exploring this new Metaverse.

The project’s founders follow a working roadmap that began back in 2019. Hololoot will see the light this year, and we already have an idea of future developments, as mentioned below.

The project began with collecting a couple of public grants, which allowed the idea to kick off. In this stage, the team designed the main traits of the ecosystem we described above.

The crypto component of the project was the main focus of the team during 2021. The developer’s efforts culminated in the launch of the $HOL token in December.

The team listed $HOL on centralized exchanges (CEX), and its current plans include:

This phase will see the release of an early AR Metaverse version, which is probably the main milestone of the second semester.

By December, we should see the introduction of a multi-language system, together with the first version of AR glass compatibility. Furthermore, Hololoot will support cross-chain operations, and the marketplace will feature location-based AR NFTs.

Hololoot is a new blockchain project wishing to be the tool everyone can use to deal with NFTs or Metaverses. Its team wrote a detailed description of the product that should be interesting for both users and creators.

As time goes on, more and more projects will use this technology to revolutionize the market.