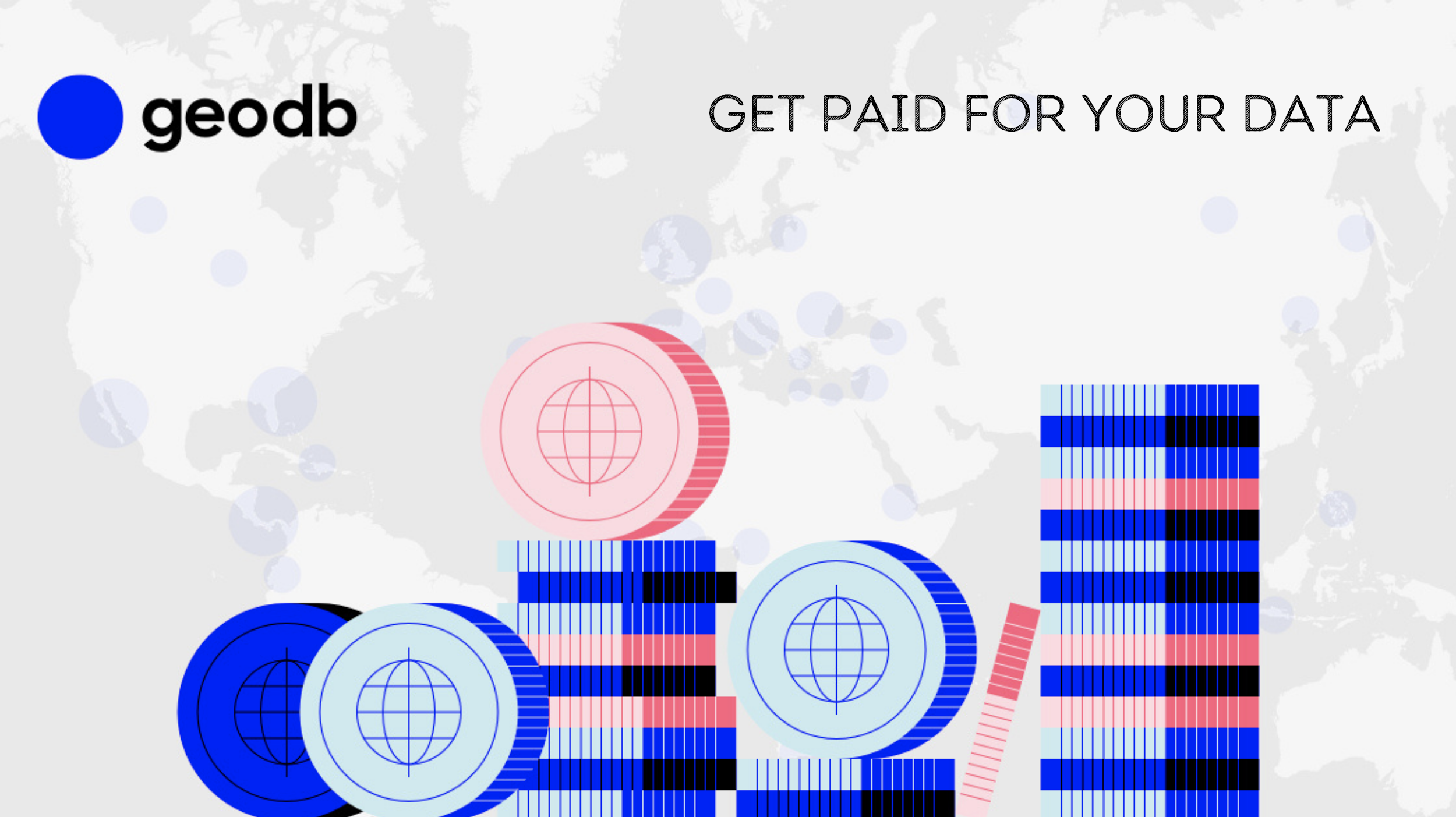 Today, accessing information on any kind of topic has never been easier especially after the introduction of the internet. However, despite being a convenient technological innovation, the issue of data privacy still exists as 2019 statistics show that 90% of global online users had at least one significant concern about data privacy.

GeoDB welcomes users to a decentralized data sharing model, mainly focusing on the issue of data privacy and ownership. Users interested in buying data are in a better position of purchasing raw and verifiable information. On the other hand, GeoDB is encouraging an incentivized network whereby data is generated on a safe, transparent, and straightforward platform. The platform collects data from users, while ensuring it keeps their identity entirely anonymous. For more protection, Geodb stores information in a blockchain wallet.

Violations are set to subside as GeoDB restores data rights back to users, hence countering several privacy issues that could lead to hacks or impersonations. The platform was founded in 2018 under a London-based company named GeoDB Blockchain Limited; an entity with an ambition of establishing a workable financial system, enabling the platform’s overall growth, and securing the ecosystem towards a decentralized path.

Open Data Interoperable Network is an oracle network by GeoDB set to release its testnet in April 2021. By blending cryptographic and decentralized elements, the ODIN protocol will facilitate the process of obtaining and processing data through an interactive ecosystem.

To accomplish this idea, ODIN will act as an external provider operating on a peer-to-peer data exchange network. Furthermore, participants in the ODIN system will exercise governance rights to suggest and implement various changes. The participants have the following roles, and they include:

A validator’s main role is to create, verify, and confirm blocks in the ODIN protocol. Asides from that, validators can also participate in retrieving external data and formulating reports.

Users can be categorized into GEO and ODIN token holders who utilize the system to pay for data, fetch external data for rewards, or transfer digital tokens. ODIN holders also have the chance to engage in governance activities

Delegates are users with interest in playing the role of validators. To become a validator, delegates need to have a significant amount of stake from other users in the system.

This category consists of users who receive data and gain value from the information they get through ODIN’s oracle.

Data providers offer their services by acting as a source, providing validators with the external data they requested, and in return receiving payment for that data.

Auditors are also an important part of this network. Although they do not take part in the validation, they maintain complete copies of the database(full node) and use protocol rules to verify transactions and blocks.

GeoDB has developed a range of proprietary applications and has collaborated with several key partners.  This will enable GeoDB to boost their technological advantage, bringing close to 12 million users through integrated applications alone.

Geocash is the first application on GeoDB’s ecosystem, enabling users to acquire rewards for generating data via their mobile devices. The wallet application is home to over 300 thousand users and continues to grow as the users are attracted to the idea of sharing anonymous data in exchange for a passive income. Geocash is available on android and iOS devices.

This proprietary application enables users to scan their receipts, monitor expenses, and receive rewards in exchange for providing copies of these documents. The app is already under test within France, and GeoDB hopes to release the full version of this app soon.

Volta is a proprietary app that will be launched soon on GeoDB's ecosystem. It works like a fitness tracking tool allowing users to track their activities and post them on their social sites in exchange for rewards.

Ocean Protocol is another technological platform GeoDB successfully integrated with, mainly focusing on unlocking data for artificial intelligence applications. The protocol introduces users to a decentralized data marketplace with data consumers and data providers. By utilizing Ocean Protocol, users can share data on a transparent and compliant ecosystem.

There are many other partnerships with projects like, Smartkey, About Goods, Nisgo, Flame Analytics, Rate & Grade, Datalytics, Abacus, and Grupo Next.

Operating as an ERC-777 token, $GEO represents a tradeable digital asset utilized for rewarding users who generate or pay for the requested data. In August 2020, GeoDB successfully conducted two presale rounds and a crowdsale round days later to fund its long-term DeFi scheme.

On the second presale phase, each $GEO token cost $0.30, selling off a total of 170,298.38 GEO. The 49 hour round had a lock-up period of 3 months and similar purchasing limits from the first round. Users claimed and accessed their $GEO tokens once the vesting period was complete.

Currently, the $GEO token is available for trade on various exchanges such as Uniswap, BitForex, FatBTC, ZT Global, LongBit, and BiOne. Moreover, the GEO token is also available in the BSC network in PancakeSwap, and further talks are ongoing to secure a listing in more exchanges.

Yield farming opportunities are in place for users who wish to earn the $GEO token. To acquire the digital asset through yield farming, users need to participate in a liquidity mining program that involves depositing UNI-V2 GEO/ETH LP tokens

Already, this yield farming has provided great and attractive opportunities and rewards for the holders of the GEO token. Accordingly, there is a future possibility of introducing this yield farming option on the BSC to attract even more investors.

GeoDB is working towards designing and implementing a cutting-edge data ecosystem keeping in mind the issue of data privacy. As it teams up with several platforms, GeoDB will eventually gather a marketplace full of providers and consumers incentivized by exchanging valuable data.

Furthermore, GeoDB is assured of positive results, especially since it is run by an expert team well versed in different areas. Switching to GeoDB will ensure data brokers don’t stand a chance of manipulating the privacy policies initially belonging to the user.