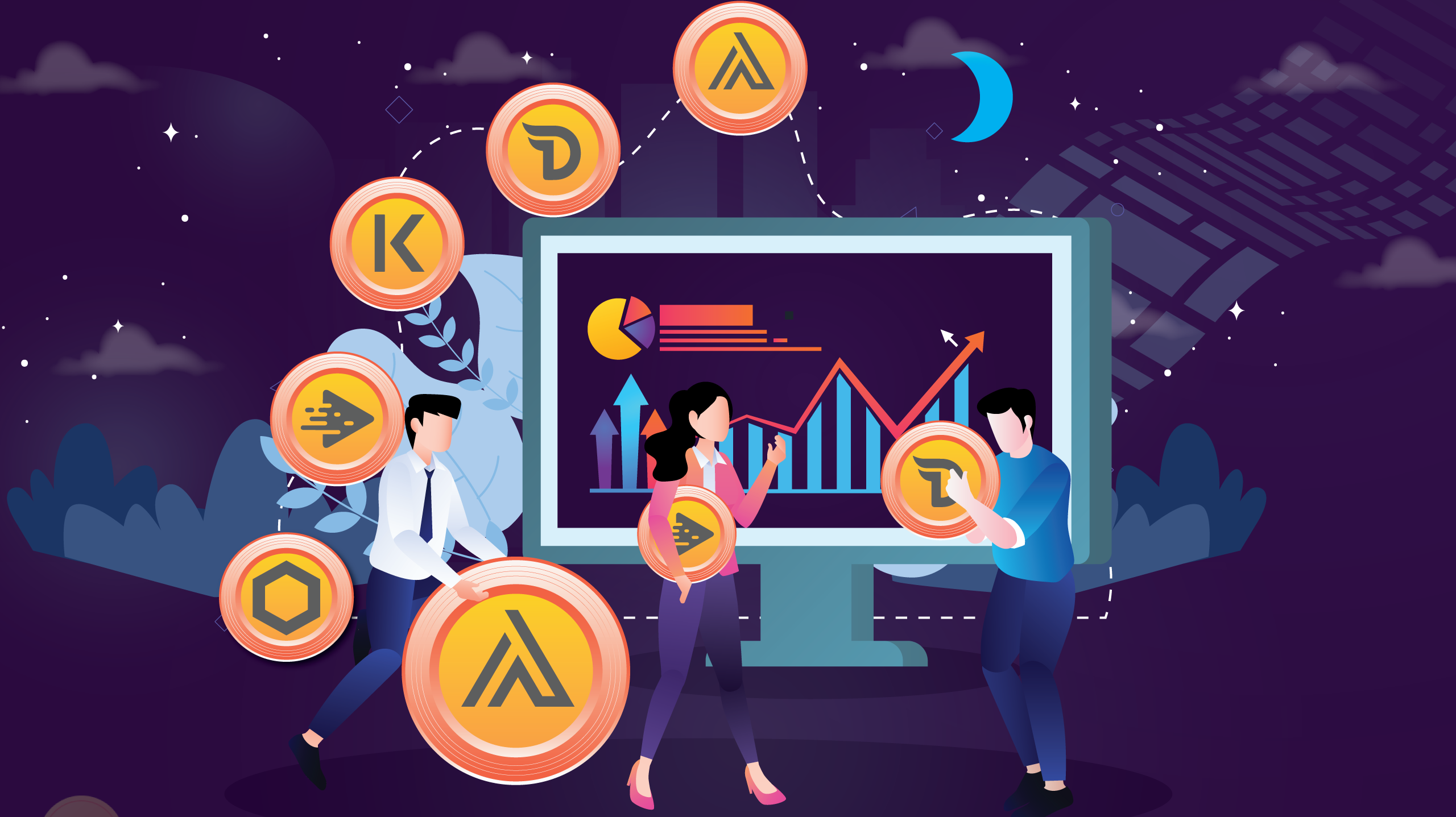 Since the inception of Bitcoin in 2008, there has been a spike in the hype surrounding cryptocurrencies and blockchain. Though Bitcoin took dominance in the market up to now, more cryptocurrencies come into the market every day, with now over 5750 digital currencies circulating the crypto world.

A new era is in play for safer, sustainable, and profitable solutions for financial and investment spheres. More cryptocurrencies mean more options for multitudes fascinated by this dimension, which proves the typical notion that only big players can trade in crypto wrong.

In such a surplus, it is vital to note which cryptos are worth tracking and those that could end up as a lousy selection. This article will shed light on some of the coins foretelling avid capabilities and their key features, so stay tuned.

Apollo currency was launched in November 2017. It runs through Hermes blockchain technology with fast transaction speeds at 1-2 seconds. It is a viable competitor in the market, integrating the tech of top cryptocurrencies. Currently, it has a market cap of $14,191,638.

Anonymity is a crucial aspect of the Apollo currency as users can trade and send coins amongst each other hence deploying a sense of confidentiality. Apollo contains a unique feature (Olympus Protocol) that hides a user’s IP encouraging privacy. Apollo allows users to send private transactions to a specific address. The transactions are broken down into several parts and sent to an end-user later on without leaving any traces.

Apollo frames its system as ever-growing in size and speed with more users joining the network thanks to technologies such as sharding (Apollo Currency was the first to develop and implement database level sharding, completely eliminating blockchain bloat), node time synchronization, and adaptive forging. It goes against most that slow down with increased traffic.

DIVI is a Proof of Stake project launched in September 2018 with a current market cap of $122,139,403. DIVI has a slogan of “Crypto Made Easy,” focusing on offering users a user-friendly environment with minimal errors.

Its blockchain feature records every transaction information and opens up opportunities for accessing usernames together with user’s photos. Other features that catch the eye include the utilization of atomic swaps, multi-coin wallet, and an advanced governance system.

The system contains a lottery rewards system that randomly selects winners after the productions of new blocks. It also runs through a multi-layered masternode network with a straightforward set up using its MOCCI system. Nodes run through the system over time, and users get payments for continuously doing that.

Users can further earn staking rewards through PoS algorithms. However, to get this income, users have to deposit at least 10,000 Divi, have sound internet connectivity, and leave their wallets open. The platform is listed in various exchanges, including Bitrue, Bithumb Global, Stex, Crex24, and Altilly, while trading against BTC, USDT, and XRP.

Kava is a DeFi lending system that seeks to collateralize a user’s assets for different digital currencies. The project under Kava labs supporting cross-chain CDP has a market cap of $78,559,890, trading at above $2.000.

Based on governance, Kava owners get exclusive rights to vote on the criteria for changing the blockchain protocol. Through Kava, users can move assets and currencies to different blockchains through a swap feature.

Kava powers its system by the Proof of Stake protocol that allows users to stake their tokens and act as block validators. Kava listings are on a few exchanges, including Binance, Kraken, Gate.io, and Bilaxy trading against BNB, BTC, and USDT. Besides, it has great support from other major players, including Ripple and Cosmos.

FLS is Proof of Stake coin powering the Flits app, a Blockworks company production, currently trading at a market price of around $0.8000. It is known for its DeFi features proving to be the next big step in DeFi. The coin combines decentralized masternodes hosting and cold staking to provide users with the ultimate passive earning experience. Its market cap sits at $1,800,933.

FLS has seen listings on exchanges such as Oodlebit, Stex, Crex24 and Birake, trading against BTC or USDT. FLS goes against all the odds remaining with a steady market value since its inception, unlike most cryptos, which are massively volatile. FLS stakeholders are faithful to putting trust in the Flits ecosystem, proving as a significant step to its success.

Flits is enthusiastic about the security of its customers’ assets. The Flits app takes your wallet everywhere you go giving users full control over their coins with the team having no access to funds and keys. FLS has a swap feature facilitating exchange with other coins on the network according to customers’ choices. Furthermore, you can spend the currency to buy goods and services wherever you go.

The DeFi-based coin has received a lot of hype in the news lately, holding a place among the top ten cryptocurrencies. Trading at $7.60 at the time of writing, LINK has a market cap of $2,659,980,734. The coin working under the ChainLink decentralized oracle network aims to join smart contracts with real-world data for increased efficiency.

Nodes in the system get rewards for data they provide while earning themselves larger contracts for legit information and losing tokens for inaccurate information. The smart contracts get support from the Ethereum blockchain; hence, oracles connected to the network.

LINK listings are on over 50 exchanges globally, including Binance, Kraken, OKEx, Coinbase pro, Bitmax, Bithumb, Bilaxy, and DigiFinex, mention but a few. The coin trades against some coins, including BTC, ETH, BNB, USD, USDT, BUSD, and BCH. Safe to say, the future is bright for the currency in the coming days.

These are a few of the coins on the same track with a rise in cryptocurrency innovations and adoptions. Increasing demand in crypto trade invokes a simultaneous increase in the number of coins entering the market. Though some are disappointing and linked to major Ponzi schemes, others show the need to have cryptos in our daily lives.

Although some of the coins mentioned earlier are not the top trader’s choice, they show great potential in the market for days to come. All of them hold a high percentage of ROI, a nearly limitless supply of their coins, liquidity, and sustainability. Time will tell where they fall in the coming trades as far as cryptocurrencies are concerned.