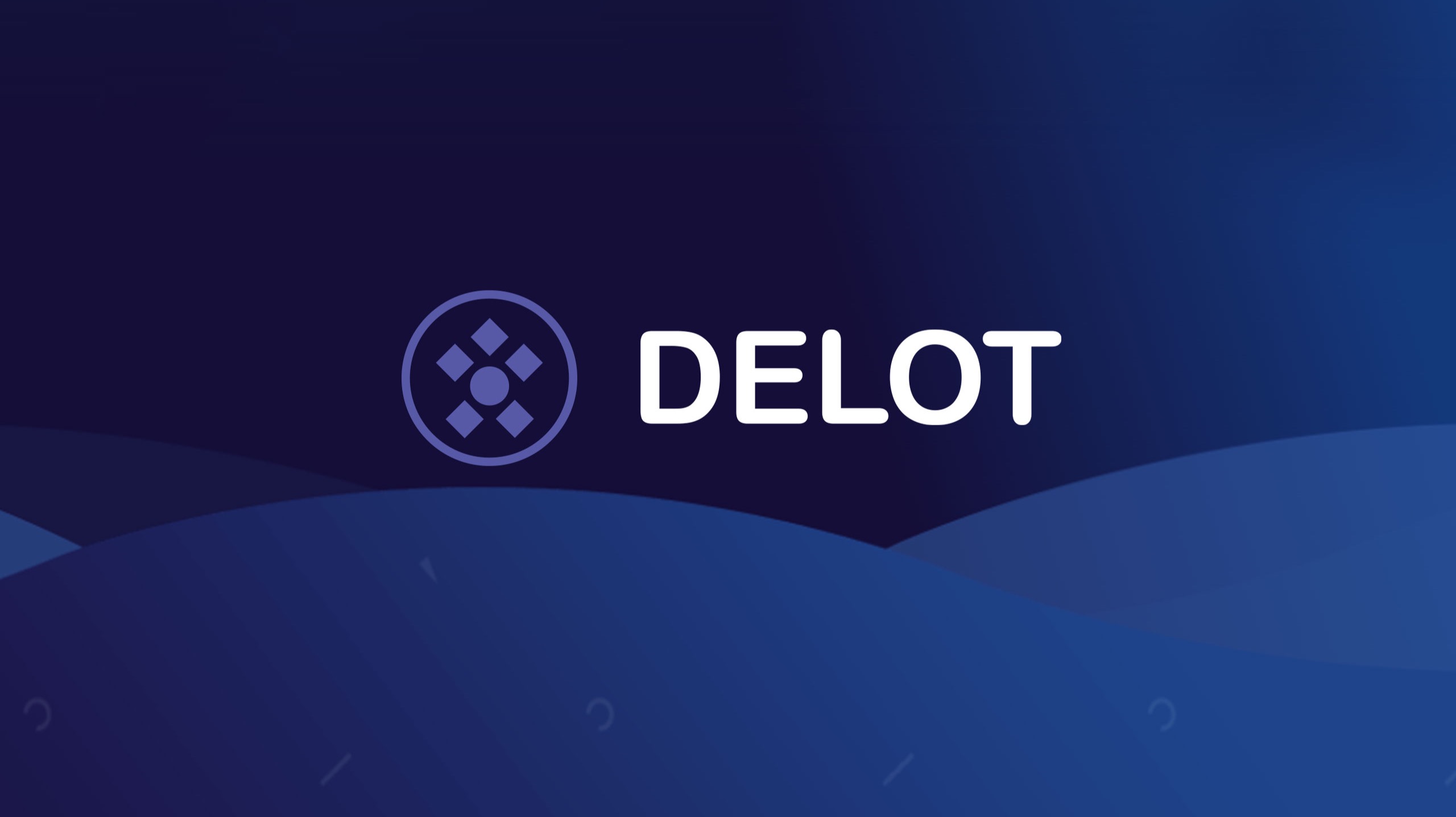 Delot - A Project Wishing to Go Beyond Traditional Lotteries

Ever since its introduction, blockchain technology has been trying to change a wide range of aspects of our life. Today, we will look into the Delot project, an initiative wishing to take the traditional lottery system most of us know and make it decentralized.

Delot’s development is still ongoing, but the team has already publicly shared several features they promise to integrate into their product. Our overview will serve the purpose of describing the key functionalities of this new blockchain initiative.

If you are familiar with traditional lotteries, you will know that you typically buy a ticket at a specific price to join the system. Assuming a ticket costs $1, you know you will have to pay $2 to get two of them, $3 for three, etc.

In order to participate in a Delot round, instead, you must deposit tokens. Using more tokens increases your chances of receiving more tickets. A higher number of tickets means, intuitively, an increased likelihood of winning the final prize.

The following subsections will allow us to dwell more on the project's main features.

Delot proposes a multi-round system, and each one lasts between three and seven days. Each cycle consists of three states: Start, Active, and End. Depositing tokens during the active stage of the round allows players to participate in the game.

In the “Start” state, the Auto Pool function allows players to play and receive the maximum number of tickets. The system will take care of the following when the round is over:

Auto Pool allows participants to enter the next round and earn tickets immediately. Instead of waiting until the previous round has finished, users may just put money into Auto Pool and specify the amount they want to use to enter.

The team clarified that the players can deposit and withdraw tokens at any moment.

Joining a Lottery Round

You can join a lottery round on Delot manually or automatically. If you wish to do so automatically, set your joining amount and put tokens into the Auto Pool mechanism.

If you prefer to follow the manual approach, here are the steps you need to complete:

The $DELOT token will run on the Binance Smart Chain (BSC) system and have a supply of 100 million coins. The team promises to work on giving $DELOT a cross-chain feature, starting from Polygon.

In terms of token distribution, we have the following:

While we wait for its official launch, Delot has released a public beta testing app of the lottery system. Delot's Telegram Group members who join Beta Test and provide feedback are eligible for a retroactive token airdrop.

To join the beta test, the team advises to following three steps:

The Roadmap Followed by the Team

The team shared with the public a quarterly-based project roadmap. Let us mention the critical milestone of each stage below.

The team initially focused its attention on the lottery game concept, product design, and architectural design. Afterward, the developing team worked on the smart contracts and Dapp.

The first quarter of the year featured the following milestones, among others:

The second quarter of the current year will feature several essential operations, such as:

The third quarter should see, among many improvements, the following milestones:

The team expects to complete a series of tasks by the end of the year. Among these, we can mention:

Final Thoughts on This New Initiative

Delot’s mission is to leverage the potential of blockchain technology to enhance the current lottery system. We summarized the main features of this coming product in our overview, and we’ll see what the market will think of the initiative. One of the pivotal moments of the roadmap will be the presale event of the project’s native token.

The extension of the $DELOT token to a cross-chain functioning, together with other aspects, may attract some investors. While we wait for new announcements from the team, anyone wishing to keep updated on Delot can connect to its website and social media.

Disclosure: This is a sponsored post. Readers are encouraged to conduct further research before taking any action. Furthermore, Crypto Adventure does not endorse any crypto projects cryptocurrencies listed, mentioned, or linked to on our site. Trading cryptocurrencies is a highly risky activity that can lead to major losses. You should consult your financial advisor before making any decision