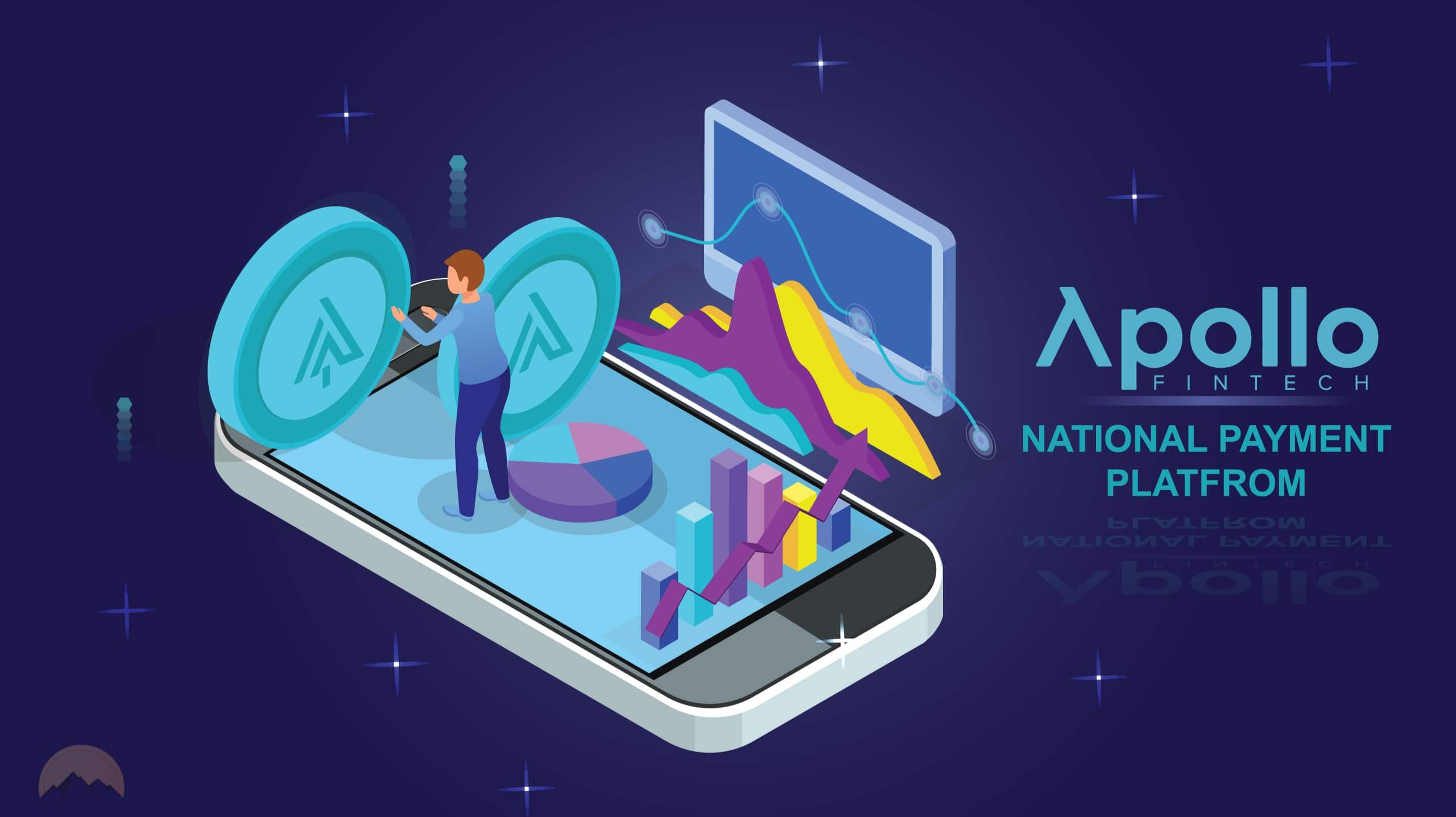 Apollo Fintech is a globally leading fintech solutions provider. The company has come up with several lucrative projects that employ blockchain technology for government, commercial, and individual use. One of its newest innovations is the National Payment platform, which we will delve into in this article and uncover how it works.

What is the Apollo National Currency Payment Platform?

The Apollo National Payment Platform (NPP) is an innovative cashless system that runs on blockchain technology and is designed for national adoption (similar to central bank digital currencies – CBDC). Through this system, governments will be better placed to issue sovereign stablecoins to their citizens through the central banks. Once a government issues a national currency, commercial banks, agents, and individuals can join the national currency system and then use it for instant transactions of the nation’s currency.

Apollo’s national currency system seeks to solve the issue of physical bills. Most countries in the world use physical bills, which take up a significant GDP to develop and maintain. This innovative system from Apollo Fintech allows sovereign states to switch from physical bills to a system that renders low maintenance costs while supporting the circulation of national digital currency.

Additionally, the platform allows governments to leverage the benefits that blockchain technology offers to ensure an efficient and transparent working system.

As a national currency system, NPP can power an entire economy. This means that besides the central bank and commercial agents, the system will allow merchants and individuals to participate in peer-to-peer transactions through several methods, including SMS, offline codes, apps, QR codes, and even bank cards. Here’s a look at the significant features of the platform.

For the system to work, sovereign nations have to come up with an approved central bank digital currency. CBDCs, by themselves, pose a variety of benefits to countries. The approved CBDC will work alongside Apollo Cash, another of Apollo Fintech’s products. Apollo Cash aims to replace the traditional payment system by facilitating frictionless digital payments.

The national payment platform allows all users to access the system and its services through various channels. Individuals and merchants can use online wallets to make deposits and withdrawals. The system also permits money transfers abroad and across wallets. Users will also be able to check their accounts and make payments using SMS only.

Additionally, users can add bank cards for easier deposits and withdrawals directly from their accounts. They will also be able to access the system across the entire country through approved agents and banks.

Once the system is up and running, merchants and citizens will have to sign up online to access the services. The online sign up will help facilitate the P2P payments of goods and services throughout the entire country. Vendors will be able to use point-of-sale (PoS) systems to sell their products and services in the country. The system will allow them to publish a catalog of their goods on the platform and directly collect their payments.

NPP will pose several benefits by the mere fact that it runs on blockchain technology. However, the Apollo blockchain is quite remarkable and offers some unique advantages. Because of Apollo’s unique features, the payment system will pose several unparalleled benefits.

The Apollo National Payment Platform by Apolo Fintech is an excellent innovation. This system allows sovereign nations to leverage the benefits of blockchain technology and those of CBDCs as well. NPP provides a platform for citizens, central banks, and other entities in a nation’s economy to send and receive the national currency at no extra costs and faster transaction speeds. Best of all, it helps get rid of physical bills that are expensive and provide financial services to the unbanked.

Undoubtedly, the national payment system has several benefits to offer, and countries that embrace the technology will have taken a giant leap towards blockchain mainstream adoption, a technology that is already providing meaningful solutions across various industries.