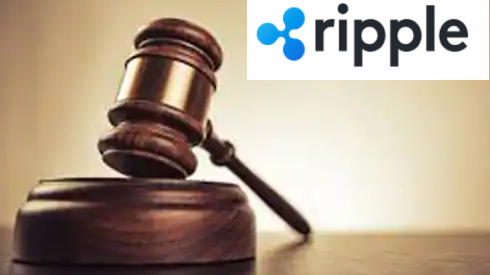 Last week the SEC filled a lawsuit against Ripple claiming XRP is a security and Ripple has been selling unregistered securities to retail investors. The lawsuit also claims that Ripple CEO’s Brad Garlinghouse and Chris Larsen have been selling XRP for there own personal benefit.

I am disappointed in the statement that has been put forth by Ripple on Tuesday. It dose not confirm or deny any of these allegations. From my point of view instead of addressing these allegations it passes blame on the former SEC chair and basically tells us to look forward to a brighter future now that there is a new SEC chairman and general counsel coming in. As an investor I don't want to be handed rose colored glasses and told to be optimistic. I find it quite frustrating that they have so far refused to address these serious allegations. As far as I am concerned they are letting there investors down.

In the lawsuit document there are a few parts that have been bothering me. Lets start with paragraphs eighty five and eighty six it states:

85. From 2015 through at least March 2020, while Larsen was an affiliate of Ripple as its CEO and later chairman of the Board, Larsen and his wife sold over 1.7 billion XRP to public investors in the market. Larsen and his wife netted at least $450 million USD from those sales.

86. From April 2017 through December 2019, while an affiliate of Ripple as CEO, Garlinghouse sold over 321 million XRP he had received from Ripple to public investors in the market, generating approximately $150 million USD from those sales.

For years I have herd that the price of XRP has been held down. Though, I knew it was true to an extent for the most part I was willing to put blinders on to this rumor. If section eighty five and eighty six are true the blinders are coming off. If you combine the sales from XRP of section eighty five and eighty six of this allegation there has purposely been $600 million dollars of downward pressure put on the XRP market for a number of years by none other then Chris Larsen and Brad Garlinghouse.

104. Ripple made many of the XRP Institutional Sales at a discount from XRP market prices. At least seven of the institutional investors—including some described below—bought XRP at discounts between 4% and 30% to the market price.

So rather then institutional investors having to pick up XRP on the open market like the rest of us. These institutional whales can get it at a four to thirty percent discount to the market price. Then of course when the timing is right they can dump huge amounts to influence price action putting further downward pressure on XRP. That sounds like a pump and dump of $#!& coins that I purposely avoid like the plague. If this is all true I must say SHADY!  I am still going to hold on to my XRP but I am not a happy camper at the moment. I have provided the links for the SEC case file as well as Ripple’s statement below.

I am new to the Crypto Market. I am excited about blockchain technology. I work at a recreational/hemp farm in southern Oregon. I am passionate about lean systems management and the power of people. I plant to become independently wealthy.

This blog focuses on creating abundant wealth through the use of the block chain and crypto currencies.