The coronavirus epidemic is now officially global. Countries with a big number of infected are under lockdown, restaurants, cafes, and other public places are closed, and conferences are canceled.

The current situation has severe effects on the world’s economy and financial markets. And the crypto market is no exception. In fact, the price of the most popular cryptocurrencies dropped, people are panicking and selling their coins, and, apparently, a coronavirus-related coin even popped up on the market.

So, let’s see how coronavirus is affecting the cryptocurrency market.

For long, bitcoin was considered to be its own asset class that does not correlate with other asset classes and in its ecosystem, moved freely, albeit with some volatility. This whole notion was put into question when the bitcoin price dropped sharply from 7,938 USD on March 11 to 4,857 USD on March 12, almost immediately after Donald Trump announced a travel ban against Europeans.

There can be several reasons behind the price drop, but one of them (even possibly a significant factor) can be this common denominator. Powel attributes this drop to people “deleveraging and selling some of their assets (in bitcoin) to cover other assets in the equity market.”

Despite the big drop in the second week of March, bitcoin has seen more or less steady recovery and the interest around bitcoin has become the highest in over 6 months. Paxful also had a record number of registrations in history in the month of March...

I major in domain names and crypto currencies.

How corona virus affects the price of crytp currencies. 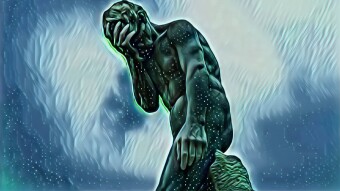