The Myth of Diogenes | The two cosmopolitans 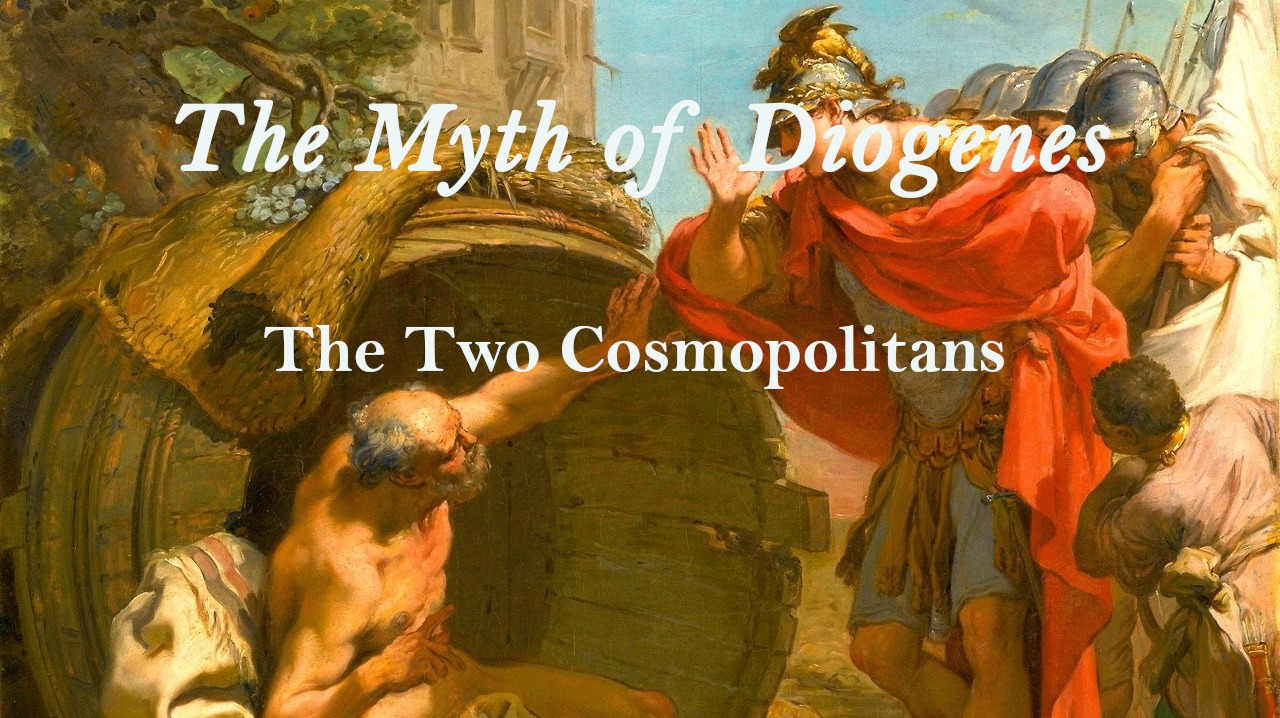 The Myth of Diogenes | The two cosmopolitans

Alexander, without looking up from his page, replied, “Thank you, Captain. I’ll be right out.”

He scribbled his final thoughts onto the page. Alexander was returning from a military campaign in the East. He had heard that a man named Diogenes was in Corinth, and he had hoped to finally meet him for he had a reputation of being one of the wisest living philosophers.

He stepped ashore the port in Corinth. Adorned by a breastplate fastened with silk and leather, and surrounded by high-ranking officers, Alexander’s presence called upon the attention of the crowds. The merchants paused their business as he made his way inland. Statesman and philosophers hurried to greet him. Everyone felt the gravitas of the man who landed at the port; everyone, except a smelly beggar sunbathing near an empty wine barrel.

Curious, Alexander approached the man, “may I ask why you are lying around in the trash?

“I was digging around for the bones of your father, Commander. I gave up after considering I wouldn’t be able to tell them apart from the bones of his slaves.”

“Hmph. You are aware, then, that I am Alexander. I’ve conquered Egypt, Syria, and Persia. I am on my way to meet Diogenes, but after seeing you in your situation my nobility obliges me to address it. Is there anything I can do for you?”

“Yes,” the beggar paused, “could you step out of my sunlight?”

Annoyed, Alexander pushed back, “Surely there is something I can do for you! I am the most powerful man in the world; the great cosmopolitan building cities in my name everywhere I go.”

“So what? All those cities named Alexandria are standing on the ruins of the cities your father toppled over.”

“They fell due to their own petty infighting. The old cities were ruled by regimes based on superstition, ignorance, and prejudice. They were easily disrupted. The Alexandrian cities across the world have constitutions based in reason. Whether it be the Alexandria on the Indus, the Alexandria in Egypt, or the Alexandria in Ariana, every city which bears my name is subject to a single, coherent and universal order. It’s what makes them durable. They are repositories of great wealth and knowledge. Say, have you always lived in Corinth?”

Alexander pressed on past the smelly old man. With a snide smirk, the beggar said, “Is that all? Surely, there must be something I could do for you, Alexander the great cosmopolitan.

“I haven’t any more time to waste on you, vagrant. I am here to meet Diogenes, the wisest man in the world.”

“What would the wisest man in the world want with you? Even I am too turned off by your vanity and pride to let you rescue me from my misery.”

“You know I could give you a kingdom if I were inclined.”

“And yet you display such a shallow opinion of my power. As we speak, the riverbank of Granicus remains soiled with the bodies of the Persians. Artists will depict my victory at the Battle of Issus centuries after I’m gone, while you and the many I conquered will disappear from history.”

The beggar let out a groan as his eyes traced an arc from left to right. “This is what you have to show for your greatness? You’ve reached heights by building a mountain of bones to stand on. Long after you are gone, people will say your name with the same breath they use to utter the great plagues and famines of history. Everyone was perfectly well-off living lives dominated by superstitious beliefs and ignorant prejudices. Now, you herd them into cities like goats into a pen. Yes, they are safer and better fed when ruled by reason, but they are more dependent and less self-reliant. And who is the most dependent of them all? You are, Commander, for where else do your feelings of pride and self-esteem come than from the opinions of those you’ve conquered and domesticated!”

Alexander bent down so that he was face to face with the beggar. He leered into the eyes of the old man and said, “you only say these things out of resentment. You speak of yourself as if you are more virtuous because you don’t kill or plunder, but it is out of a lack of virility, not abstinence, that you don’t. In fact, you desire to be capable of the mischief I’ve caused; to use others as instruments of conquest as I have. If placed in my position, you would do exactly as I have done.”

“Perhaps you’re right. Had you never been born, your troops would have achieved the same—maybe greater—conquests under any other leader,” the beggar sat relaxed in the face of the impassioned Alexander.

“What is your point?”

“My point? Consider why you’re here. Was your longing for power and violence not satiated when you conquered the Persians? Have you not acquired enough wealth and prestige after defeating Darius and Porus? Everywhere on Earth people know your name. You have no constraints preventing you from satisfying your any and every craving. Yet, you seek a man named Diogenes. What do you want from him, his acknowledgement of your greatness too?”

“Just the simple pleasure of conversing with a wise man. Something you wouldn’t understand. You’re crude, and you piss on everything and snarl like a dog out of envy. Your attitude is the product of impotence—because you cannot satisfy your cravings. Here, you lash out at me, the very person who lent out his hand to you!”

“Nay, I piss on everything and snarl like a dog out of my love for mankind. When I bark at people, I do so to scare them away from sinfulness and chase them down a path of virtue.”

Alexander stood up. He rummaged his foot through the debris that lay around the beggar. “If you know what is right and good, then why are you preaching it to the trash? Why are you not out in the marketplace teaching your wisdom to the people?”

“If the Athenians have condemned your philosophy and turned their noses up at your virtue, then let me avenge you! I will bring you with me and as my army destroys them, you can rise up and reveal that it is your resentment which has brought this calamity upon them.”

“Though I would not enjoy causing such harm, they do deserve it at my hands. But why be particular? It is not Athens, but all city life that makes man inauthentic and pathetic. We must flatten all the cities of the world into rubble. Start here in Corinth.”

“But why destroy their wealth? Why not massacre the people and let the soldiers keep the spoils as payment for their deed? The demolition of the cities will not further their punishment after their throats are cut.”

“You make a fair point, Commander. But as the inhabitants of the cities have insulted me with their riches, I ask that I may keep a little for myself. Not too much, but just enough to show the world I can despise wealth just as much when I have it as I did when I was poor.”

“Shall we keep searching for Diogenes, Commander?” the captain interrupted.

“No need. We should move along. Maybe another time.” He turned back to the old man who was content scratching his crotch and sniffing his hand, and said, “If I were not Alexander, I would wish to be just like you.”

“And if I were not Diogenes, I could almost content myself with being you.”

Alexander was a student of Aristotle, who taught him that the city is to man what the beehive is to bees. Specifically, that the city is both a natural byproduct of human nature, but also necessary for the individual to fully utilize his humanity. City life, according to Aristotle and his descendants, cultivates man’s natural faculties and develops them to their fullest potential. If you’ve ever seen a case of a feral child, you can see the effects of what under-socialization does to an individual. Cases like these are what led Aristotle to remark that “he who is unable to live in society, or who has no need because he is sufficient for himself, must be either a beast or a god,” in his Politics.

Modern Sociology and the Two Cosmopolitanisms

I think a lot about the dynamic between Alexander and Diogenes because I believe their dialogue still goes on in the modern human soul. Many of us have relatively fixed temperaments, so some of us are more consistently status seekers while others more consistently desire solitude and self-sufficiency. Most people feel that the tug-of-war between the two shifts over the course of their lives. Modern sociology, however, has taken a peculiar stance on human nature. As one of its central dogmas, it has defined man a priori as “the social animal”, which I believe leads us in the field to see ourselves and most other people as more naturally like Alexander the status seeker, and take on Aristotle’s attitude that those who either can’t or don’t want to take part in social life as exceptions to the rule.

In the 1960s, Dennis Wrong wrote an essay titled “The Oversocialized Conception of Man”, in which he says about the field of sociology that, “if our assumptions are left implicit, we will inevitably presuppose of a view of man that is tailor-made to our special needs; when our sociological theory over-stresses the stability and integration of society we will end up imagining that man is the disembodied, conscience-driven, status-seeking phantom of current theory.”

Every science has certain dogmas that it takes for granted. A sober scientist understands that his job is to make a representation of reality—he is a cartographer drawing a map. Many modern sociologists miss this point and see themselves more like landscapers and architects. The world often doesn’t conform to their theoretical assumptions, and it doesn’t conform to their egalitarian ideals, either. They take it upon themselves to be armchair moral and political philosophers of how things ought to be, rather than the scientists they were trained to be. I’ve been to a few academic conferences in my day, both in sociology and biology, and I’ve seen firsthand the desire to forcibly fit imperfect, flesh-and-blood humans into a theoretically perfect world. The statement that “humans are social animals” is a useful axiom to build a scientific research program on that focuses on man’s sociality as just one of many dimensions of human nature. But many social scientists in my experience have been self-serious, and seek to change the world according to their smoothened, perfectly organized ideals.

This blog posts a bunch of CRAP (Commentary, Rhetoric, and Prose) 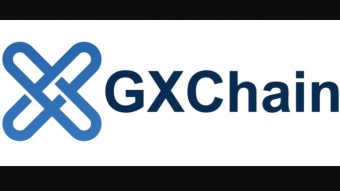 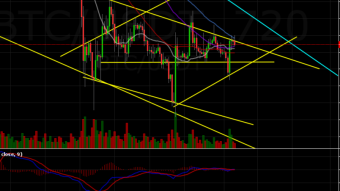 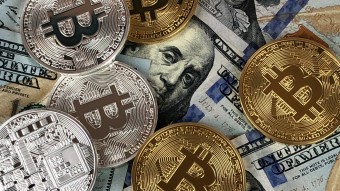