When is the right time to invest in cryptocurrencies?

Investing is the new saving

Now that the world is realizing that saving money in the bank leads to nothing anymore (except heavy losses in purchasing power over time), more and more people are becoming interested in investing.

Many of them are looking into cryptocurrencies - not only because they notice something is seriously wrong with our money system and they're looking for an alternative - but also because it's a much simpler and non-committal process.

But when is the best time?

The best time to plant a tree was 20 years ago.

The second best time is now.

Overused, but true. Hence most investors' main regret is, "that they didn't start earlier". The best time is always "yesterday".

For people who think they missed the Bitcoin train and want to feel extra regretful, the internet provides a wonderful Crypto Coin Time Machine, which tells you how much your investment would be worth today, if you had invested x amount in Bitcoin or other crypto assets at some point during the past ten years. 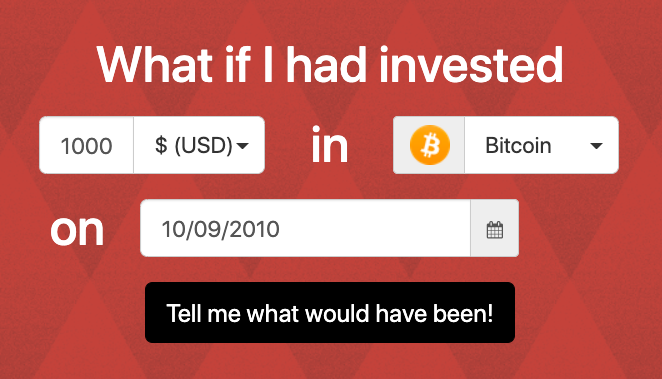 Personally, I don't do regrets. There's no point in beating ourselves up about things we didn't know in the past. We always do the best with the knowledge we have at the time.

I found Bitcoin about 3 years before I put my first money in.

I spent about one year educating myself on money in general and cryptocurrencies in particular. But the two years before that, I had totally forgotten about it, because it simply wasn't part of my world and I had no need for it.

I had a private pension plan, I was a good saver, I had a good income, and I didn't feel I needed anything else. I didn't have a problem that needed to be solved.

Of course that all changed when the interest rates on my savings dropped down to 0.1%, when I moved countries and my income became unstable, and when I realized that the annual costs of my pension plan were pretty much eating up my profits, and I would never ever get what I was promised by the time I'm 65. I definitely needed an alternative!

I also learned that the next financial crisis (or the real delayed impact of the one of 2008) could hit any moment, because it is extremely overdue, so I became really motivated to protect myself from it.

Putting a little money in cryptocurrencies is the best protection strategy, because they are literally the only asset group that is NOT part of the system that will be impacted by an economic crisis. It is highly likey that they will increase in value when everything else is going down.

So really, everyone should have a little bit of "crypto" to counteract the impact on their traditional assets in the event of a crisis.

I know it says "the second best time is now" up there, and it is, however that only applies to you once you feel ready.

Don't let anyone persuade you before you're ready, and don't jump in because of a hype and because everyone else is going in. Rushing things is the perfect way to lose your money.

You decide when it's time. Here are few pointers to know when you're ready

That last point is very important. Why would you invest in something you don't believe in? 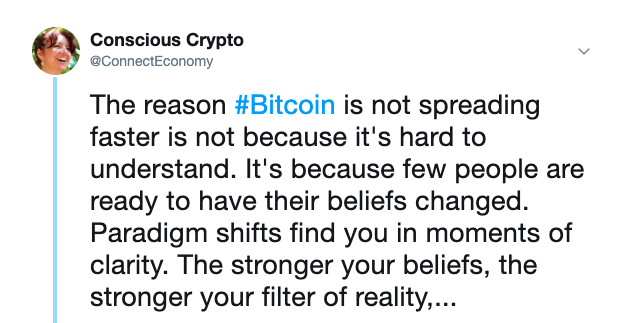 Another question closely related to "WHEN" is "HOW MUCH".

If you don't tick all of the above four boxes, but still want to put some money in, then use an amount that you don't care about. Because all you really want in that case is,

Be aware that this is a gamble, because you don't understand things well enough yet ("you're not ready yet") and you might put your money on the wrong thing, or misplace your private keys, or make other mistakes. Things can go wrong. That's fine, as long as you're aware that you're gambling and only use an amount that you consider "play money".

The less you know, the less money you put in.

This sounds like common sense, but most people do the opposite, because: psychology! Emotions, FOMO, panic... This happens especially to first time invstors.

So what do you do when prices are high, but you were told, "the time is now"?

Well, one option is to monitor the market and wait a few days or weeks until prices go down again. Experience shows, however, that - because of psychology - you're not gonna do that. If prices keep rising the next day and the next, at some point you're gonna go in out of FOMO "before it's too late". Of course once you're in, that's when the prices will drop :)

I've shared the following chart before, but it's worth doing it again since it perfectly demonstrates that psychology: 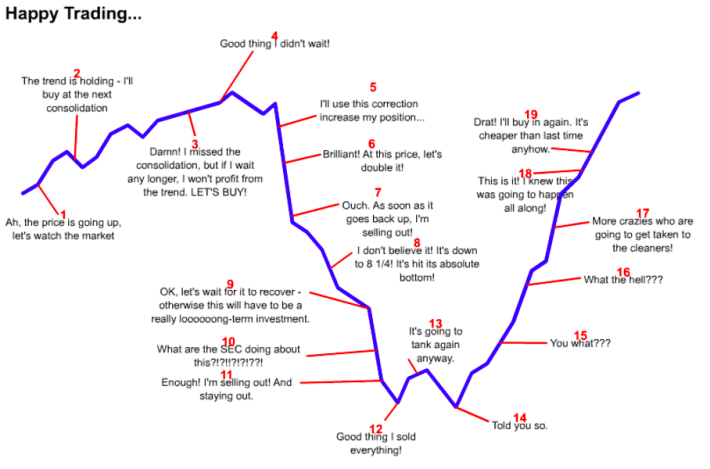 The solution is (again) to go in with a very small amount, just "to be in".

If you put several small amounts in over time - say $100 a week over the next 10 weeks - rather than $1,000 in the beginning, you'll probably end up with a good "average price" over time. It's called "Dollar Cost Averaging" and most investors say it's the best strategy.

Bitcoin climbed to over $5,000 in recent weeks.

We're coming out of the "lows" and I'm sure once it's close to $10,000 again (probably by the end of 2019), the next hype will start and many many uneducated investors will want to get Bitcoin fast.

Keeping in mind all the considerations above (read again to be sure :)) I'd say the time is NOW.