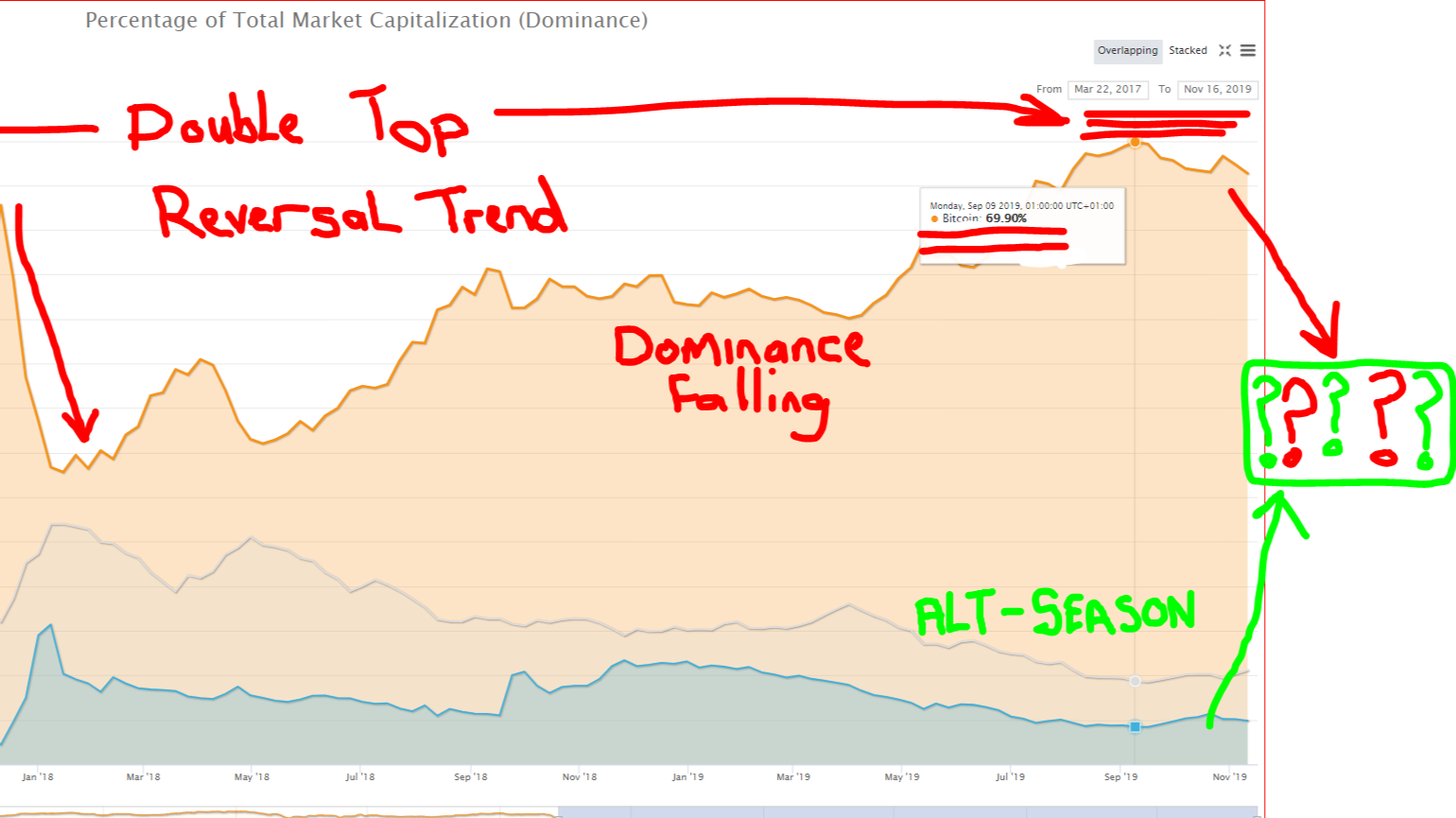 Is BTC's Dominance about to give up gains to Alt-coins

Not forgetting that we are about to come into a Economic Mind field which is about to explode anytime soon with Deutche Bank leading the way.

But for now i will concentrate on BTC and Alt-coin Season. And then give a small TA on XRp at the End of this Document. 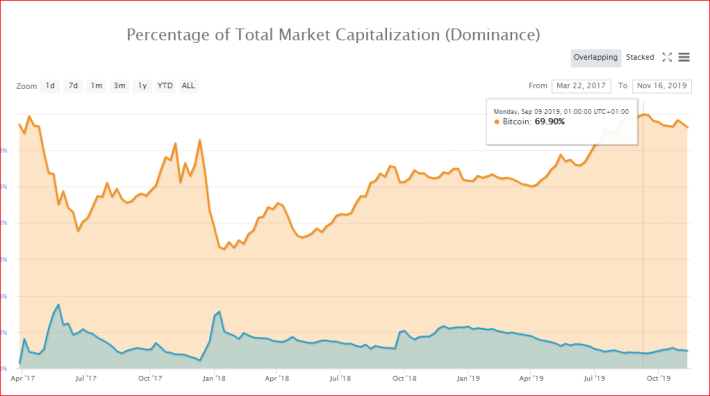 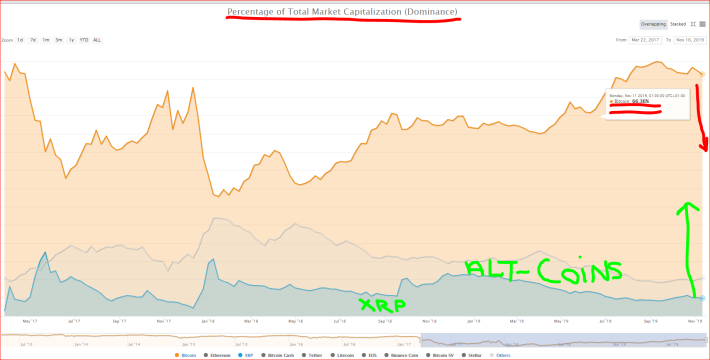 The BTC Dominance Chart has put in a Double Top Trend Reversal pattern and is beginning its fall from Grace. It’s about time, I think. But is it going to continue? We will Know by the End of November which way the trend is going to go. Are we going to continue our down trend in the Alts or is Alt-season going to Change its direction? Can the Bulls knock the bears off their pearch? As seen on my previous charts I have written about the Altcoins chart excluding BTC look it up and read it Also. It will explain the rest more clearly.

Alt-Season is it coming? See my other article on AtlCoins Excluding BTC chart Ananlysis i did a few weeks ago on Publih0x

XRP?BTC is coming right now to a very strong and major major Support/Resistance line in its History.

If we bounce of this line it will be hard and we will change trend direction very quickly in coming weeks to months.

But if this line does not hold we will fall threw it also hard to new All year lows.

My Educational guess would be by the end of November we will Know the BTC and Altcoins direction.

On the XRP/Eur chart it has been consolidating nicely inside a tight range for more than two weeks and is Ready for a break out.

Highest probability for me is a Breakout to the upside in coming weeks.

But if this line does not hold we have further down side before this trend has finshed.

I have been in the Telecoms and digital securities industry for more than 15 years and i have been trading in Stocks, and forex for 24 year plus and crypto the last 3 years. I have tool box of trading skills and my goal is to make trading simple for all