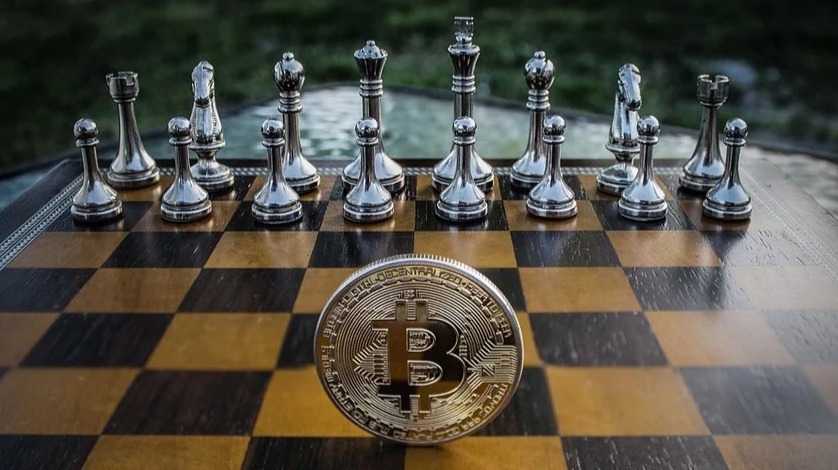 𝗧𝗢𝗧𝗔𝗟 𝗠𝗔𝗥𝗞𝗘𝗧 𝗖𝗔𝗣
From yesterday's highs of $393bn, the total market cap dropped a whopping $40bn and could go lower if Bitcoin does not hold above $10.5k. We knew that the $400bn mark was a big one which had to be watched very carefully. What's next for crypto? Let's look at the individual coins.

𝗕𝗜𝗧𝗖𝗢𝗜𝗡
Bitcoin broke below the major $11.2k support zone, predictably sending price crashing down to the multi-month trendline (which happened to be at around $10.9k). That support level did not hold either - not surprising considering the action going on today. What did it do? Exactly what I predicted: it crashed down to $10.5k before bouncing back up. If Bitcoin cannot hold this level and this is not a fakeout, this could very well mean a trend reversal with bears taking control once again. That being said, one must stay level-headed: 92'000 BTC flooded exchanges to sell at $12k so there was a very strong sell pressure. Many leveraged trades as a result of this drop were wiped out, causing an even sharper drop. The question now is, is there any rational macroeconomic reason for this selloff? Any fundamental reason? This is something I will delve into over the next couple of days.

𝗘𝗧𝗛𝗘𝗥𝗘𝗨𝗠
ETH, after its amazing performance, has now dropped below $400 and seems to be having trouble getting back above that mark. That would mean going straight back down to $375. It is unfortunate as all Ethereum needed was for Bitcoin to break and hold above $12k. So right now, two levels to look at: $400, will it hold? If not, $375. Not much else to say right now.

𝗧𝗥𝗢𝗡 TRON is doing something that I really did not expect and news that broke came at exactly the right time. TRX started its new Genesis Mining for the SUN coin (which we covered last weekend I believe, when I hinted at TRX potentially breaking out with this new announcement). But there's more: the JustSwap DeFi platform operating on the TRON network listed two very interesting coins: PEARL and TAI. So with new liquidity entering the TRON network to buy those coins as well as people buying TRX to receive SUN coins made TRX, PEARL and TAI pump hard. Once again, hats off to Justin Sun for being a really, really good marketer. I really did not see this one coming - I'm just wondering whether TRX can hold its new yearly high. Is TRON finally becoming more than just a hypecoin? With JustSwap nearing 15% of Uniswap's trading volume, it would seem like TRON is stepping its game up. Let's see whether this will continue...

𝗖𝗔𝗥𝗗𝗔𝗡𝗢 Just as ADA was trying to break its short-term downward trend, Bitcoin failed to break $12k. And since ADA was meeting resistance at that trendline at around $0.125 what happened next is no mystery. Watch $0.105 to see whether support can push price back up above it or whether it fails and price goes down to $0.1. If that fails too, I expect ADA to revisit $0.088 pretty quickly. 𝗟𝗜𝗧𝗘𝗖𝗢𝗜𝗡 Nothing unusual here for LTC as its chart closely mirrors Bitcoin's for this selloff except that it lost around 17% in value compared to BTC's 11% at the time of writing. $53.5 is an important level, so watch this to see if it turns into resistance or if bulls can bounce price back up above it. Otherwise, it is likely to drop down to $49.5. 𝗦𝗼 𝗶𝘀 𝗶𝘁 𝘁𝗶𝗺𝗲 𝘁𝗼 𝗽𝗮𝗻𝗶𝗰?

Bringing you the latest in crypto news and market analysis.