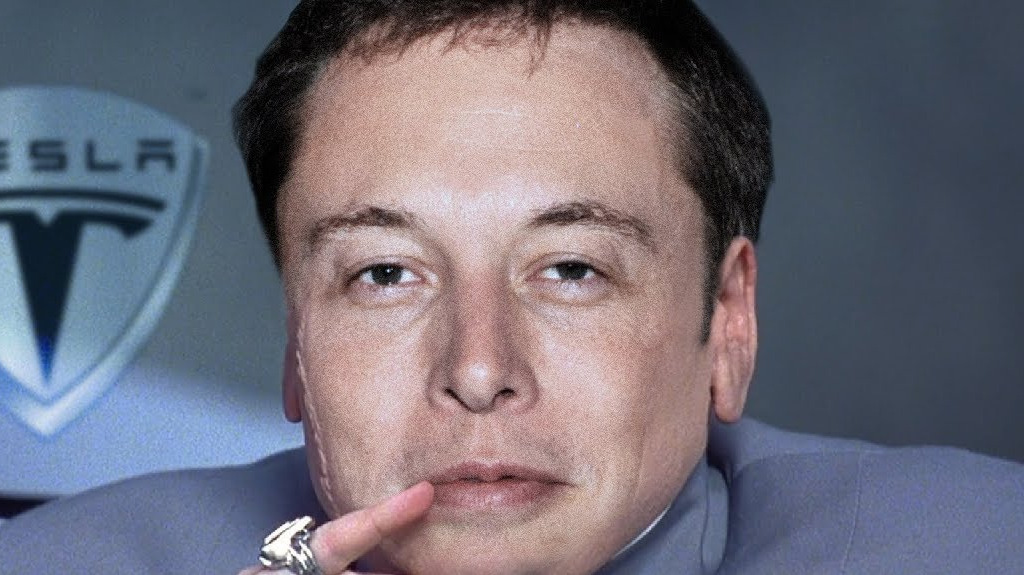 Unless you've been living under a rock, you probably saw this tweet on Elon Musks twitter yesterday. 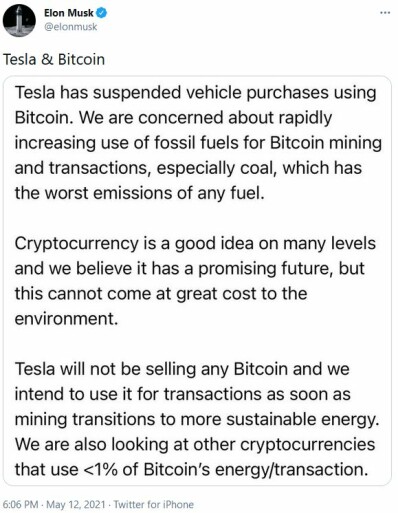 Following this tweet, the cryptocurrency market fell by over 200 billion dollars in total market cap, with bitcoins graph (which surprisingly didn't fall as hard as some other cryptocurrencies.)

As fast as bitcoin rose, bitcoin fell. It's crazy that a single man can erase 200 billion dollars from a single tweet. 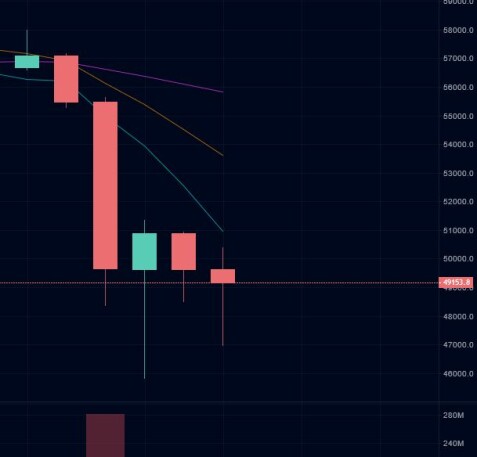 However, shortly after this tweet was put out, some speculated that Elon is 'going to buy the dip' and then pump it, or trying to pump Dogecoin (as supposedly it is much more energy efficient than Bitcoin.)

Who else is getting tired of all this market manipulation by Elon Musk? While I support Tesla, I think he should focus his efforts on SpaceX instead of pump and dumping cryptocurrency?

Thanks for reading! I really appreciate all the support and tips!

A blog usually covering Alien Worlds and other Blockchain Games.