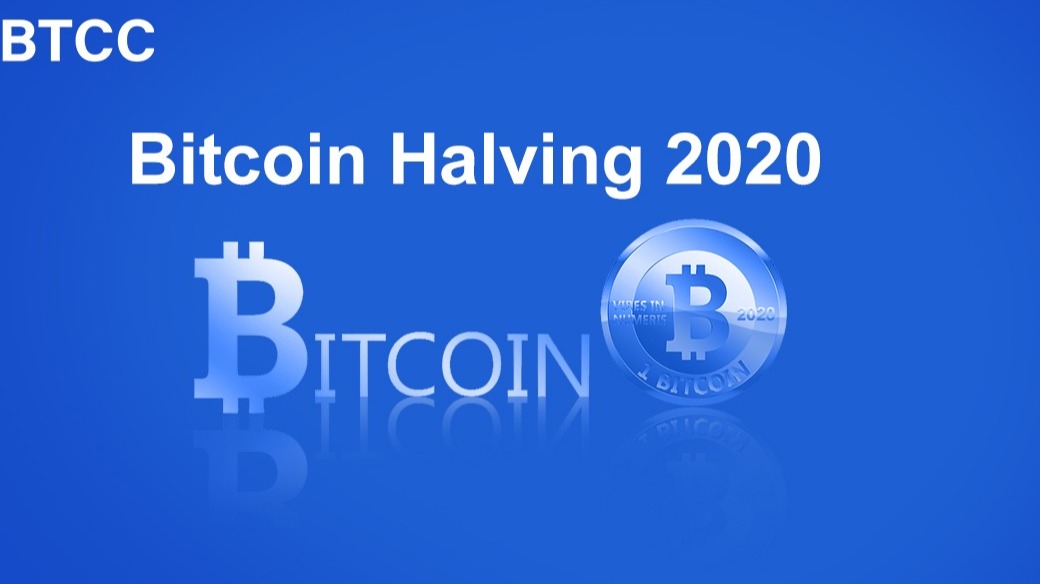 What is BTC Halving and Why does it matters

In its previous two occurrences, the halving of Bitcoin’s new supply production
meant big price gains for the preeminent cryptocurrency

When the event known as the halving occurs on the Bitcoin blockchain, estimated to occur on or around May 13, 2020, the rewards miners reap for their efforts will drop by half. The halving is a mechanism built into the blockchain’s code to prevent inflation by slowing the production of new bitcoins, while increasing value for investors at the same time.

On the Bitcoin blockchain, miners compete to solve difficult computational problems in order to be the validator of a block, which permanently records Bitcoin transactions. The winning miner receives a block reward in bitcoins for their efforts, which is the only way new bitcoins are minted. The deceleration of new supply is designed to halve the reward miners receive for validating a new block (the “block reward”) every 210,000 blocks, until the reward is 0.00000001 BTC (aka a satoshi).

Since the halving phenomenon—which also happened in 2012 and 2016—constricts the new supply of bitcoins, it’s expected to positively influence their value. Additionally, the expectation of appreciation could stimulate demand for Bitcoin with new investors attracted by this potential enter the sector. Many analysts believe this will boost the coin’s value to previously unseen heights. Historical precedent favors these optimists, though some observers believe potential gains caused by the halving have already been priced in via Bitcoin’s 2019-2020 rally.

#Bitcoin upgrade: The Weiss Crypto Rating for #BTC is now A- (excellent), thanks to improving fundamentals and positive price action ahead of Bitcoin's next halving.https://t.co/vyb8wxympt 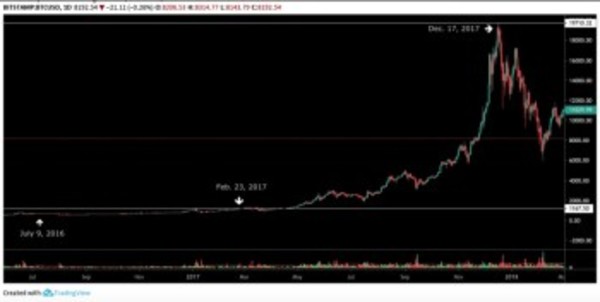 Nonetheless, people are curious, as evidenced by the steep rise in Google searches for “Bitcoin halving” over the past 12 months.

What this leaves potential Bitcoin investors to wonder is: Are the optimists’ predictions hype, wishful thinking, or solidly based on the data?

Two primary reasons Bitcoin has value are 1) like gold, it has a limited and finite supply, and 2) also like gold, mining new bitcoins is progressively more difficult. The halving mechanism only serves to enhance these facts.

Consider that halving takes place every 210,000 blocks—approximately every four years—and will continue until the block reward reaches 0.00000001 BTC (a hundredth of a millionth of a bitcoin). This increment is known as a satoshi. After the final halving, the block reward will be zero and no new bitcoins will be minted. At that point, miners will only receive transaction fees. It is this halving function coded into the blockchain that caps the eventual supply at 21 million bitcoin.

Initially the reward for mining a block was 50 bitcoins. This was halved to 25 bitcoins in 2012, halved again to 12.5 bitcoins in 2016, and will drop to 6.25 bitcoins at the 2020 halving. And each time the reward drops, the amount of computing power required for a miner to earn a bitcoin doubles.

This additional required computing power naturally increases the cost to mine a bitcoin. For example, most bitcoin mining is done by large companies with thousands of powerful machines called application-specific integrated circuit (ASIC) miners. These ASICs are expensive and require huge amounts of electricity to operate. Because the halving causes the computing power required to mine one bitcoin to double, newer and more efficient models of ASICs will be needed to maintain profitability. Miners with older devices may simply quit, as the cost to mine exceeds the reward’s value, while others may need to substantially shrink their costs, or increase the price at which they can sell their bitcoins to remain profitable.

Tradeblock, a data tools and analytics firm, estimates that after the 2020 halving, the break-even price of bitcoin for miners will be $12,525—considerably above the current price of around $6,515*. If the price of a bitcoin doesn’t reach the break-even price, miners could also decide to hold their assets. This could, in turn, further limit the supply in the market and potentially cause the price to rise.

Why should the Bitcoin halving matter to investors and potential investors? Fundamentally, it cuts the production of new BTC and increases its scarcity.

As discussed above, historical data shows that Bitcoin rallied sharply following the previous two halvings. And while many investors are optimistic the 2020 halving will have the same effect, the options market currently indicates a low probability of substantial gains this year.

It’s worth noting, however, that in 2016, there was a longer delay in the price increase post-halving, and some analysts believe a similar latency period should be factored into predictions about the 2020 halving. Cryptocurrency analyst Tomas Salles wrote, “A simple progression indicates that possibly in the next [halving] event the development up to the next historical maximum would require almost three years with approximate profitability of something more than 1,000% and a value close to $80,000.”

And while skeptics have asserted that the halving has already been priced in during Bitcoin’s 2019/2020 price increase, others believe that new traders entering the Bitcoin sector will disrupt that presumption. If, for example, a price hike were to happen in April 2020, ahead of the halving, more traders may begin to purchase bitcoins—and this would further stimulate demand and boost the price in the short-term.

“For those that currently own Bitcoin, a large portion of them understand that Bitcoin’s newly issued supply is cut in half every four years,” Travis Kling, the founder of L.A.-based hedge fund Ikigai Asset Management, explained. “This is likely a significant reason why they own it—because of Bitcoin’s proveable scarcity.”

But, Kling continued, “For the many billions of people around the world that do not own Bitcoin, few understand this proveable scarcity characteristic. So for those billions, it cannot be priced in. To the extent that those billions of people discover Bitcoin in the future and decide to buy some, there will be less new available supply to satisfy that increased demand to purchase Bitcoin.”

When price breaks $10,000 -> newspapers will start to write about $BTC again and use the halving as a narrative.

Regardless of which analysts you choose to believe, the 2020 Bitcoin halving is widely expected to draw new investors to the Bitcoin market, attracted by the supply models and historical correlation. This in itself would create new demand and could drive up the coin’s price.

All Info of BTC