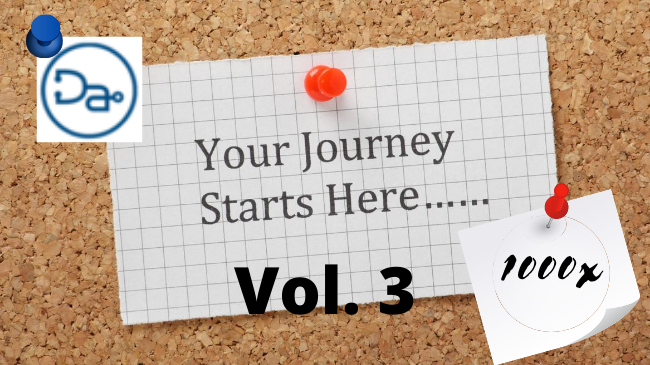 Almost three quarter through the year and we are seeing businesses upended on a global scale.  It is happening in both positive and negative ways.  One area for sure to see continued growth is in the area of telemedicine.  Journey to 1000x - Vol. 3

Sure wish it was as developed now back 25 years ago when I was trekking through the Himalaya.  The waiting for someone to hike out to a phone to possibly call for a medivac would be very different.

In some form or another, telemedicine has been around for quite sometime, maybe we just called it different names.  It was a phone consult, or receiving advice.

Along with the challenges in prescriptions, aftercare, or emergency triage, we have never seen telemedicine like it is today.  Kits are being developed in every area of medicine that can be housed in a small pelican case or even in your pocket.  Growth is exploding. 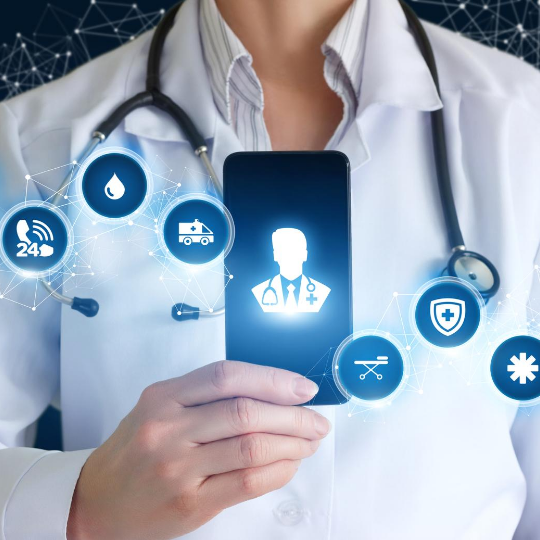 In a recent article from Medical Economics in July 2020 the author lists 4 key topics highlighting that telemedicine is more than just a pandemic fad through surveys and economic indicators:

Patient adoption at the beginning of 2020 was up 33% over the previous year, while funding has been booming and the market is expected to reach $185.6 billion by 2026.

Putting Time Back on Your Calendar

Telemedicine saves patients over 100 minutes of their time compared to an in-person visit.

More than half would use telemedicine to see a new doctor while, predictably, nearly 75% would use it to see a physician with whom they have a relationship.

Have you been to the doctor lately?  With insurance or even without, I suspect it was more than $9.99 USD.  Well that premium or less per month is what Doc.com is currently available at with many locations having a much lower rate.

Headquartered in Mexico, having started in 2013 according to Crunchbase and slowly grown, Doc.com currently serves thousands of patients across more than 20 countries and 14 territories including;

Doc.com appears to be making steady growth in South, Central and North America along with the Caribbean. Along with that there have been a few others who have joined in on the discussion.

For example John McAfee was tweeting about MTC July 2019;

Depending on your perspective this could be an omen or the kiss of death.  Personally, I find the jury still out but what's interesting is that when I have tracked GhostMcAfee himself with mentions and prices, usually movement appears. 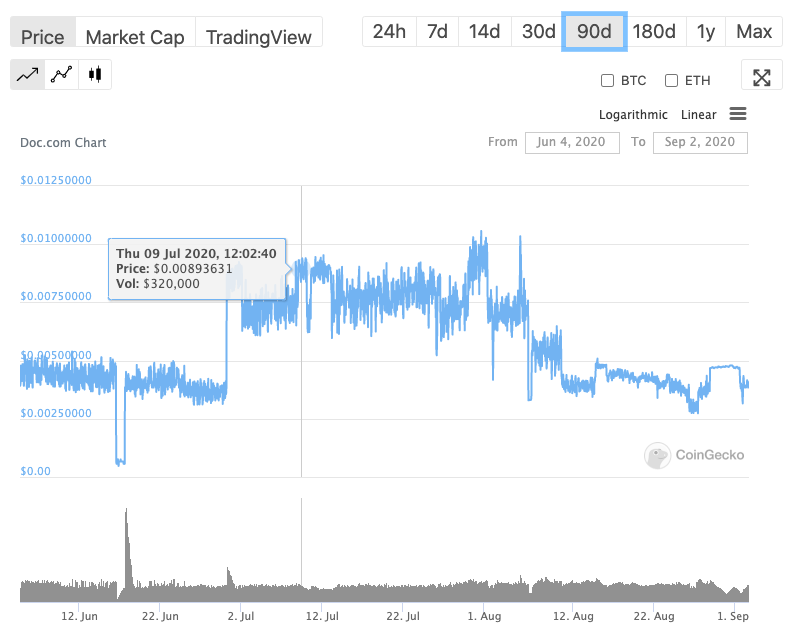 It didn't appear so in this case.  BUT, I would also say that he references the long term in his tweet, which would align with bigger long term views when it comes to health care, especially telemedicine.

While the video is a couple years old, it still seems relevant due to alignment with the current version of the white paper as well as the limited social engagement you can see across Twitter and Facebook. By some accounts this may be all you need... DOA...

What I took away from the video that seems to most align is the strategic view for growth.  He mentions looking at some point to capture veterinary services as well.  Currently in the medical services in a recent July post, the celebrating 1 year of psychiatric services was highlighted.

Currently the MTC Token is listed on Coingecko with the following stats; 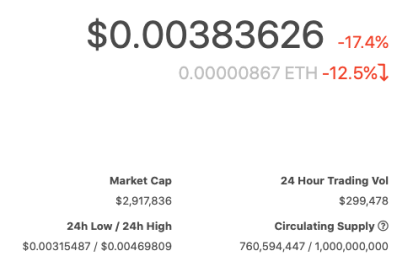 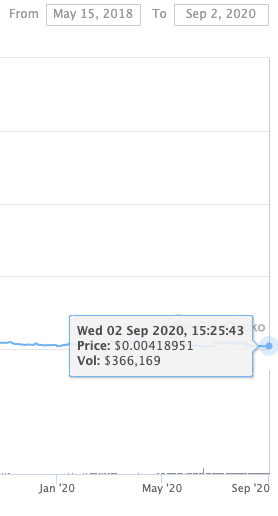 When I was growing up as a small midwesterner, my brother and I would head to this local hill and jump on the rail sled (kudos to you if you have ridden one and survived). 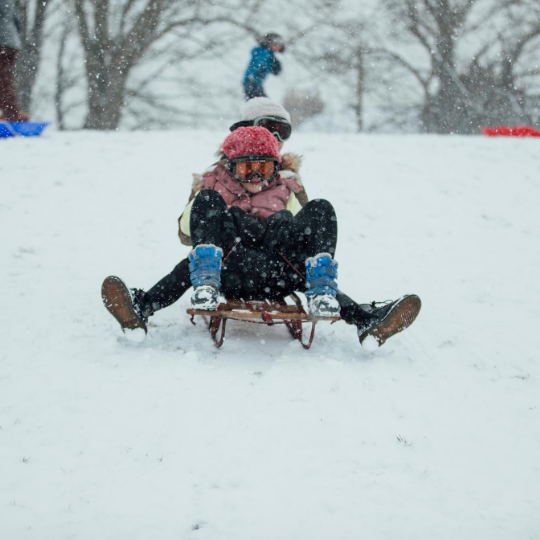 The high and low price range looks more like a sledding hill than anything else.  I'm curious if the ride has ended in a crash at the bottom of the hill or this is just the first run.

My brother and I always had to avoid two massive oak trees at the bottom of our sledding hill.  We may have nicked them a time or two.  Still here to talk about it!

Within the Platform Token Holders & Issuers Have the Ability to Access Health Services and Products, in addition to subscription holders. 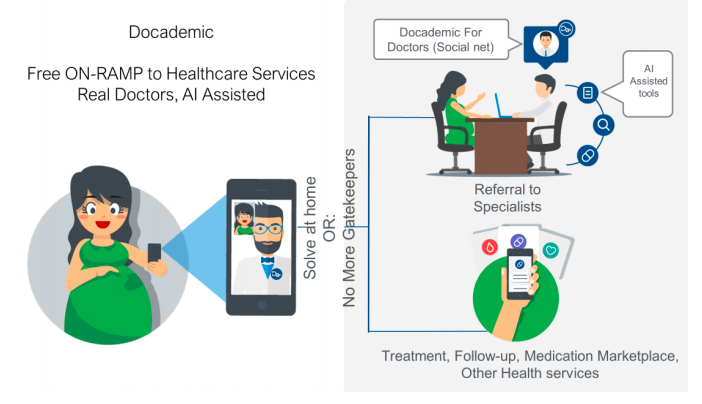 The question that I still have in the service is how much "referring" is taking place.  If you've had any experience like I have had, one referral can lead to countless others, each taking more and more of your valuable time and hard earned currency.

This Is Where A.I. Supports The Process. The Underpinning DOCADEMIC Platform’s DOCADEMIC APP are three technologies that are already used by DOCADEMIC daily:

Throughout this process it appears that service is a focal key point. And again from the white paper we can see a list of features and success factors for comparison. 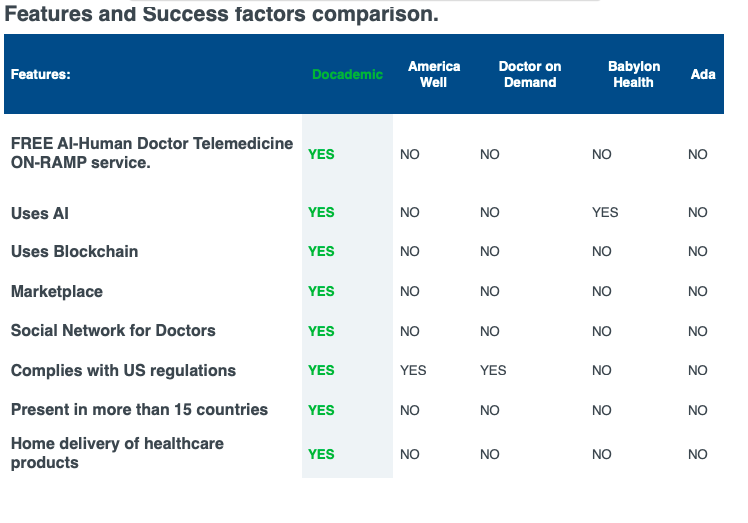 So How Does This Relate to the Tokenomics?

For starters what is interesting is a potential use case in terms of equipment purchase and capitalization for the medical professionals. 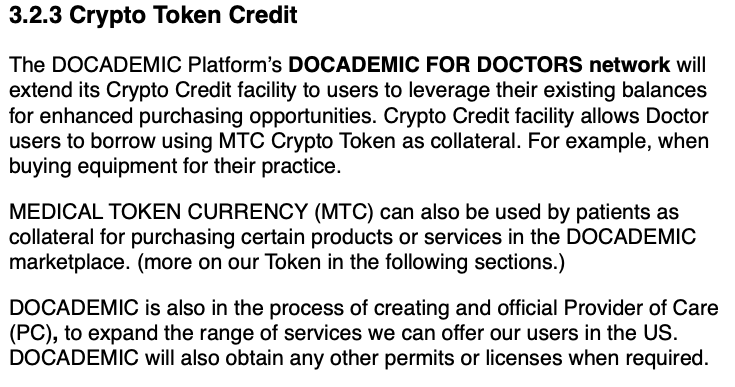 In the age of DeFi and other alternative funding sources, this model from Docademic proves interesting along with the currency token to be used by both or either the provider and the patient. 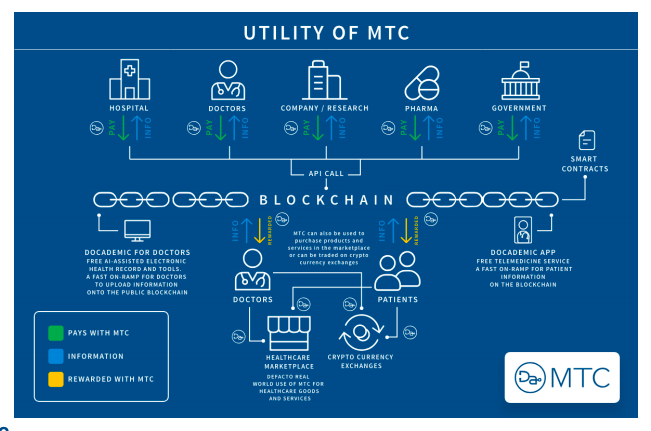 The White Paper delves into more detail about where the funding raised was / is planned to be allocated as well as what the bonus structure looks like for the early adopters.

I have not looked through etherscan to see what the movement looked like from the early stages today, whether folks just sat in place or if everyone offloaded immediately.  The contract is 0x905e337c6c8645263d3521205aa37bf4d034e745 so it's worth a check if you're more proficient.

I lived in Alaska for a good number of years which was full of harsh climate and massive changes in seasons where flights and other travel can be delayed for days on end.  A common saying was;

If you don't like the weather, then wait 5 minutes...

In this situation, I am finding a similar set of conditions.

MTC's all time high is about 100x from where it is now.  For it to reach 1000x the price would have to grow to about $4 give or take a few nickels.

It seems plausible with what we have seen so far. Also, I would say that it doesn't look like Doc.com has slowed down in their growth. Charles Nader continues to be active on his social media channel;

The rest is yet to come.  What say you?

NOTE: Thanks for taking a moment to join me on the Journey to 1000x.  If there is a project you are interested in, please feel free to leave it in the comments.

None of this should be taken as financial advice. Always Do Your Own Research.